Normally it is my policy to post more normal news items in the appropriate area of the Forum. However, due to a lack of posts by me in the past ten days, I figured what the hell. Besides, is not every current events, weblog or journal website written by a homosexual to contain themed items thought to be of "community" interest? Yeah, whatever.

Anyway, the following story is about a newly formulated microorganism-killing chemical that can be used prior to sexual intercourse to prevent the HIV virus from spreading without the use of a condom. The virus-killing microbicide research is currently directed toward African women, where the HIV/AIDS escalation is out of control. I imagine if this method is successful, further marketing in developed countries for both men and women will occur.

This research is also being used to test if this method of protection could be widely applied for use in the contagion prevention other sexually transmitted diseases such as chlamydia and gonorrhoea. While the application of this protection, which could be in a gel format, may be a slight hassle, it certainly does not carry the burden or the desensitisation that comes with a condom. Given enough research, it could be possible that these preventative gels could be even mixed with lubrication products to further reduce hassle and prevent accidental non-use due to memory or sexual spontenaiety. 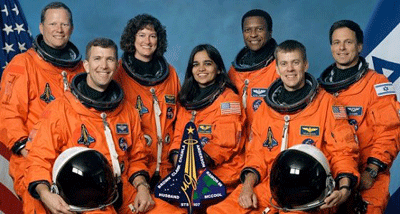 "A Space Shuttle contingency has been declared in Mission Control, Houston, as a result of the loss of communication with the Space Shuttle Columbia at approximately 0900 EST Saturday as it descended toward a landing at the Kennedy Space Center, Florida. It was scheduled to touchdown at 0916 EST.

Search and rescue teams in the Dallas-Fort Worth and in portions of East Texas have been alerted. Any debris that is located in the area that may be related to the Space Shuttle contingency should be avoided and may be hazardous as a result of toxic propellants used aboard the shuttle. The location of any possible debris should immediately be reported to local authorities.

More information will be provided when available." – NASA. 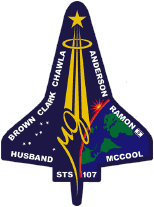