"You have never been subject to what rock-bottom is until you find yourself alone in a swamp, with all your resources dead, writing your own name in the mud while knowing clearly well that it would take a miracle to get you out of there alive."

– Ned Bearon, Vietnam War Veteran
0 Comments https://mtsutro.org?p=213
You must be tired by now of hearing about Google this and Google that, but holy shit, if you search for cake or death eddie izzard skit at Google, Mount Sutro is the second listing. I just watched Dress to Kill again the other evening. I love it so much. Anyway, I have been working on some graphics for my next entry which I should be putting up today or tomorrow. Photoshop rocks my world.
0 Comments https://mtsutro.org?p=215
I was just reading some blog I found through a random link. This particular site is hosted by a very popular site, geared toward those wishing to maintain blogs or online journals. At the top is displayed a very prominent logo for the host and then next to that, a banner advertisement. Just below the advert are two links right next to each other: get rid of this ad and advertise here.

Perhaps I am just odd, but I got a kick out of this.
0 Comments https://mtsutro.org?p=216
It aggravates me how narrow-minded conservative religious groups can be and often are. Here on the local television there have been adverts for an organisation calling themselves "Respect." They feature normal looking teenagers expressing their choice to say no to sex and to practice abstinence. I decided for the hell of it to check out the website for this group. I do not even want to link to this conservative crap, for fear that Google will index me in some unfavourable fashion.

The purpose of this non-profit organisation is to "combat teen pregnancy and sexually transmitted diseases among teens." So far, so good. They continue to say that they hope to accomplish this goal by "[saturating] our community with the message of abstinence until marriage." Now on to the part that makes me cringe. This organisation is federally funded through a programme organised and headed up by the Florida Department of Health who, with their grant, require interaction and collaboration with the "local faith community." They of course go on to explain that they are not allowed to preach any religious beliefs, but as it boils down the message is not only abstinence to prevent pregnancy or sexually transmitted diseases, but to push total abstinence. Osceola County Public Schools is a partner with this programme, so their curriculum may include portions of this material. Additionally, students are encouraged to participate in an after-class session that will give them 0.5 credits.

From their terrible* site, verbatim:

A voluntary decision to avoid, or refrain from, sexual activity, which includes any type of genital contact.

Abstinence isn't just a big word – it's an attitude. it means you have a mind of your own, you're strong, you're an individual, and you have a future. You have respect for yourself and others.

You have to love that sort of verbal manipulation. If green is good and mold is green, mold must be good. The best part has got to be the claim that part of the grant specifies the programme must be abstinence-only and in no part can offer, suggest, recommend or even discuss other safe sex alternatives, such as condoms. This type of narrow mindedness and complete disregard for reality by organisations such as this is rather unfortunate. Some parents and groups get up in arms over the very idea of children being taught all methods of contraception, inclusive of both condoms and abstinence. I am not even sure these subjects should even be discussed in public schools aside from perhaps in some scientific capacity (reproduction in science class), but if there is to be discussion of this sort, at least provide a responsible example and do not immediately dissuade rebellious youths from protecting themselves against pregnancy and disease because some religious hypocrites that are probably getting drunk, beating their wives and having affairs think it is immoral to teach all methods of contraception.

Ugh, before you ask, I do not generally get this riled-up over some stupid adverts, but the truth is that the problem is much deeper rooted than that. It represents a basic flaw and narrow view that can only help to reassure those who already believe in abstinence and push away the rest who will say "fuck that" and drive forward into sexual situations ill prepared. Teens are going to do what they want to do despite what anyone says or thinks. So why do we not better allocate our limited budgets toward proper education so that we will raise a nation of people who actually know something.

* The site itself is awful and I quickly discovered why. The responsible person/company for the website has their own site hosted at Tripod, complete with the Tripod advert banners and all. They claim to offer hosting services as well. Curious as they do not even have a properly hosted site.
0 Comments https://mtsutro.org?p=217
Browsing through the site statistics that I enjoy looking at so often, I came across the following search term that was entered and allowed the person to arrive here.

Ok, what the hell does that even mean? I even had to look up "erlenmeyers" to learn it is a glassware often used for distillation receiving containers and reaction, crystallization and recrystallization flasks. You know the ones from high school? 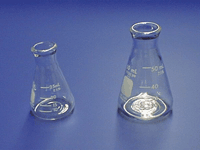