I have mentioned before certain behaviors of mine one might classify as partly obsessive-compulsive. After my lunch experience today, I feel compelled to speak of another such eccentricity. While I am certainly not agoraphobic by any stretch of the imagination, there are certain situations where groups of people bother me. I consider it more a violation of my personal space and it happens in very specific locations. A crowded club will not bother me, but being in a retail store filled with tons of children makes me uneasy.

Likewise, there are other situations where I am not so much bothered or uncomfortable as I am pissed. I decided to head over to McDonalds for lunch not having been there in a while and somewhat wanting to have a Big Mac in particular (grease was calling my name today). After receiving my tray of food, I went about the restaurant looking for a table that would afford me some privacy (as much as one could possible have in a busy lunchtime McDonalds). It was busy inside, but most of the customers were taking their food away, leaving most of the tables inside vacant. I made my selection, a small table for two in a part of the restaurant only near one elderly couple quietly eating. Halfway through eating, a table of four younger guys sits at the table right next to mine. Never mind the fact that there were six other tables in that area NOT immediately next to me. The space between the tables was practically non-existent so it was as if I was sitting with them at their table, forced to be an unwilling spectator in their asinine conversation.

Needless to say, I was rather displeased with this and so ate my food as quickly as possible so that I could seek the shelter and asylum of my car. Now, if some of you are thinking that this behaviour is the strangest thing you have ever heard, consider this: if you go to a movie theatre and you find yourself to be the only person there, would it not make you uncomfortable or at least reasonably pissed off if some other people came in and sat right next to, in front of or behind you?
3 Comments https://mtsutro.org?p=179
I constantly see things while driving around town that make me wish I had a camera with me more often. Back when I did travel with one on more of a regular basis, I found that due to the nature of the photography in question, often done in less than ideal conditions (for example, in traffic whilst driving), film was wasted more often than not. The last time I carried a camera in my car and stopped to take a picture, in this case of some white-tailed deer grazing in a field next to a power plant, my alternator died and required me to get my car towed home.

People watching has always been a favourite pastime, as well. Given having a camera, I am sure people watching would most certainly turn into a photography session as well. In any event, today while I was eating lunch at the Sobik's Subs near work, I observed a middle-aged couple enjoying lunch. The thing that struck me was the fact they said maybe twenty words between them the entire time. As they sat and ate, they both read a book and newspaper, respectively. On my way back from eating my sub, I sat at a traffic light watching a man on a bicycle carrying two more bicycle wheels with him.

I need to start carrying a camera again, film or otherwise.

Oh, and I fixed my CD player. One day of driving in silence and I was ready to commit vehicular homicide. Turns out the dash unit itself had a fuse independent from the car's fuse box that required replacement. I would still like to get something new eventually, because the existing audio setup is mediocre. On the other hand, it is the something that is much better than nothing. And keeps me out of jail.
0 Comments https://mtsutro.org?p=180
The automotive electrical mechanic came over today and was able to determine that one of the primary fuses and relays were not functioning. Within thirty minutes of his arrival, my car was again working. I also had him look into my coolant system fan. He was able to establish the jury-rigged wiring at the coolant fan relay module was done as a quick fix to the real, yet undetermined electrical problem with the coolant fan. By running the relay in parallel with the interface and then connecting a ground directly to the battery, the fan would always be on while the car is running. The previous owner obviously did not wish to spend the time or money to investigate the core of the issue and instead ran this override. Well, not only did that burn out the fan motor (which I already replaced) but the relay itself, which was not designed for continual operation. I have the opportunity to make an appointment to visit this mechanic's actual shop, where he can further diagnose and repair the issue. It is also likely that once the fan issue is properly identified and repaired, my air conditioning system will return to normal operation. Total Cost: $120.91

I have also noticed the front tires were looking a little low, so I decided since I had already had to take off the day from work (and it was now more than half over), I may as well utilise the time off efficiently and headed over to the tire store for an inspection. Three hours later, I drove away with two new front tires, balancing, alignment and an oil change. Total Cost: $282.32

Finally, I think the CD player may have been fried on Friday night because it does not operate at all now, despite the fuses for that system being in perfect order. This royally sucks, but hopefully I will be able to quickly and inexpensively figure out what is going on with it. For a day off from work, I sure managed to spend a lot of money.
0 Comments https://mtsutro.org?p=181
Why is it that the simplest and shortest questions are always the ones with the most complicated, or frequently, unknown answers? For example, refer back to sentence number one. After completing my second week of the new job, which may I add I am enjoying very much, I have had cause again to consider my uncertain future. You are going to work for the rest of your life in order to make money. It may as well be something you are passionate about and can enjoy completely. Like many others, that impassioned state is something missing from me. I hope that the new start I have taken will lead me down a path of discovery, because I am understanding more and more that it is my own failures and unrealised potential that are preventing me from finding the happiness I feel I deserve.

It is difficult process to reach a level of greatness. There are some that say I am continually too hard on myself, but it is not my belief that being lenient is the best proactive way to affect change. If I am to redirect my focus and energy toward the reassessment of my priorities and to the building of something I can be both happy with and proud of at the same time, it does not seem unreasonable to expect a certain degree of harshness.

I can freely admit to being jealous of those people who seem to be born knowing exactly who they are and what they want to do with the rest of their lives. However, that gift, if you call it one, is not without its own drawbacks. Some of those people are so intent on seeking out what they believe for so long is their true destiny that they fail to see when something better may come along. At least without a definite ending to the story, the person is allowed to proceed with an openness of mind and heart. Now I do not mean to completely contradict my earlier statements with this comment, but I do suppose I fall somewhere in between these two ideals. In one way, I fantasise about what it must be like to wake up every day knowing who and what you want to be; to have planned out every detail for the next ten years. And on the other hand, I know being flexible and open is one of the things I try to achieve daily.

So what is the next step? Damn, there is another one of those simple and short questions.


Postscript: After a pleasant evening out with some co-workers downtown, I arrived back at my car to find I had left my headlights on and my battery dead. My rescuer Chris attempted to jump me unsuccessfully. We went and bought a new battery, but that did not work either. I ended up getting home at 0200 via tow truck. I made an appointment for a mobile automotive electrician to come over today and look at it, but his other appointments went late and he will now have to come on Monday morning. I am presently a synonym for displeasure, which may be slightly obvious if you read everything before this postscript.
8 Comments https://mtsutro.org?p=182 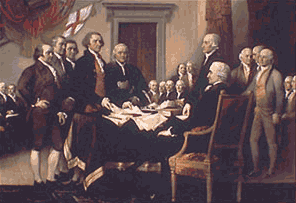 In addition to my various plans, I am also intending to upgrade the software around these parts. When that happens, many site features (specifically the Forum and derivative functions) will be inaccessible. I do not expect the upgrade to last more than thirty minutes.

I hope everyone has a great holiday weekend.
1 Comment https://mtsutro.org?p=183
←12