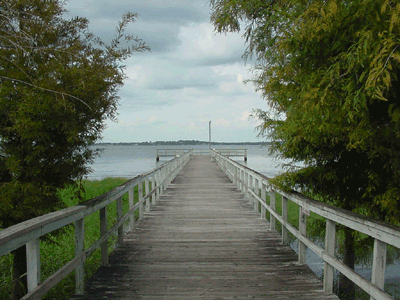 As part of my ongoing project at work taking pictures of various areas around Orlando, Monday marked my trek to the city of Clermont, approximately thirty minutes west of downtown (unless traffic is beastly, which is not unheard of on SR 50). Not having been to this region in more years than I can count, I was not really sure what to expect. When it was all said and done, I was actually disappointed to have to drive back into town from my expedition. Addendum: check out the photographs from this here.

As I started to get closer and closer to Clermont proper, I knew I had to stop and eat something immediately. I had fully planned on having lunch earlier before I left the location north of Orlando where I was taking some pictures for the same project, but that never happened. Clermont is one of the most uneven areas in the very flat State of Florida, containing some really nice flowing hills and valleys. Only in Tallahassee, the Capital, have I seen anything similar. As I came across one of the hills I saw the next intersection was Citrus Tower Boulevard. I had not been to the Citrus Tower in probably over ten years and I thought it would be a great spot to get some food and a very great view from the top for the benefit of my pictures and also for my own personal satisfaction. Yeah, I got a thing with towers if that is not already apparent.

The area is really quite picturesque. The level of development, both residential and commercial, is startling though. Coming into this I knew things were going to be very different from the way I remembered them being a decade ago, because if they had not this project would be a waste of time. Speaking of which, I will be uploading pictures from all my photo shoots in the near future, so check back for that soon.

I pulled into the Citrus Tower plaza, parked and went into the lobby. I had a craving for a hamburger and so was extremely pleased that the Mexican restaurant on premises, Santiago's, had one available. It was one of the best burgers I have had in a while. I asked to have cheese on it and they used the shredded mozzarella you would find on a taco or something similar. The way it melted and distributed about the meat was nothing short of glorious. I then proceeded to ascend the tower and admire the view, albeit littered with the signs of progress: new subdivisions, apartment complexes, shopping centres and huge chain carry-it-all stores. Long gone were the days of Clermont being a sleepy town on the edge of nothing; progress at its best and worst, simultaneously.

When I finally decided to leave the lookout and return to the ground, I had a very nice chat with the lady that runs the gift shop and also sells the admission to the observation deck. I told her that I had indeed been at the tower before in response to her enquiry and stated how I remembered there used to be a tour via golf cart through the adjacent citrus groves. She said when she started working there nine years ago, those golf carts were in the process of being sold. I chatted with her for a bit more about things changing, wished her well and got on my way to get the bulk of the photography done.

I found myself walking through historic downtown Clermont, a quiet yet personable stretch of road containing nifty little shops and restaurants, all just blocks away from the park and lake. I walked up and down this road and was immediately reminded why I occasionally yearn to live in a remote location where the sleepy valley town is the only thing close to civilization for miles and miles around. Of course my inability to function long-term in that situation prevents that from occurring, but I still do think about it now and then. During my several cross-country road trips as a child, filled with intrigue and a desire for adventure, I encountered such places and they always seemed so genuine.

I walked down to the park and out on to the fishing pier jetting out into Lake Minneola. After walking back through town stopping at the chamber of commerce and library looking for some printed materials to take with me, I got on my way back to Orlando. There was a cute flower and fruit stand operated by a very nice woman who chatted with me after watching me stop and take a picture of her establishment. I browsed for a minute and then hit the road.

This weekend I am taking my good friend Chris to Clermont to repeat the enjoyment I had and share it with someone else. Who says you need to be in a relationship to enjoy a cute little trip like this together? Hell that is what friends are for anyway. I am going to take him to the Citrus Tower, historic downtown, surrounding areas and then to the nearby Lakeridge Winery for a tour and tasting. It is going to be a fabulous time and I cannot wait for the weekend to come.
"Gem of the Hills" https://mtsutro.org?p=151