It is hard to believe 2005 is here already. I wish everyone a safe, healthy and prosperous New Year! 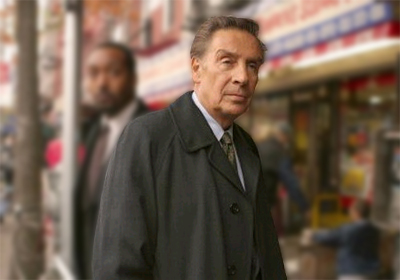 I will be extraordinarily happy when this holiday season concludes, if for no other reason than the traffic patterns that have established as of late are abhorrently oppressive. While I am enjoying my truncated morning commute to the office, what I make-up in time is more then well accounted for during the evening commute home. Not to mention exactly how badly the driving is during all of this holiday panicking. Nothing communicates the good sprit of the holiday season better than reckless driving.

This holiday season did bring with it my first foray into the realm of corporate holiday parties. While the Gray Robinson holiday extravaganza was first class, it was not with my own co-workers. Our holiday event was held at the Marriott Orlando World Center Resort near the Walt Disney complex. The World Center (whose website redundantly proclaims it to be "One of the finest Orlando Resorts in Florida") is a large, y-shaped complex containing four-diamond amenities, a professional level golf course and the quality of service one would expect from an upper-level resort hotel. We were given the opportunity to purchase a room at a greatly reduced rate for the night for after the party, an offer that was truly too good to pass over.

At around six on Saturday night, guest Erik and me, dressed to kill in our finest suits (okay, only suits) made our way down to the World Center. After checking-in and quickly inspecting our accommodations, we made our way down to the Canary Ballroom. The path down to the convention hall was filled with professional staff ready and willing to guide hotel and party guests to one of the various functions being held that night. At the entrance to the Canary were two stilt walkers in holiday garb, both there to welcome new arrivals to the party but to also ensure every guest stopped to pose for a professional photograph.

After posing for the photograph, we entered the ballroom. The large chandeliers were dimmed to a medium level while larger lighting fixtures along the walls of the room were draped in a red curtain, creating a soothing and warm glow. The jazzy holiday tunes of the live, four-piece band filled the area while people milled around the open bar and hors d'oeuvre table, featuring fancy cheese dishes, large prawn shrimp cocktail and sushi. After drinking and mingling with co-workers and their guests, we made our way down to the dinner tables. The meal itself was buffet-style, but first class all the way. Prime rib, turkey, freshly tossed pasta dishes, steamed vegetables, salads and so much more lined the buffet tables. Everything was wonderful. A desert table was also opened shortly thereafter and although I did not sample anything from it, the items looked immaculate. The chocolate fondue fountain was a nice touch.

After everyone was finished eating and was enjoying a cocktail, our president took the stage for a standard "thank you for your hard work and dedication" type speech and to distribute gifts to every employee. While at Family Fun Weekend, I learned just how nice many of the prizes are during these events. I received a fifty-dollar gift certificate to the upscale restaurant Fleming's during that outing, but was hoping for something other than a gift certificate this time. I anxiously waited for my number, thirteen, to be called so I could walk to the stage and learn what I had won. A little more than halfway through the gift distribution, my turn came and I received my gift: two roundtrip air coupons on Northwest Airlines. Wow. More drinking followed and we eventually went up to a co-workers room to consume, converse and play the card game "asshole."

The next day I awoke to a three-alarm hangover. After showering and enjoying the eleventh floor balcony of our room, we left the hotel with the intention of simply heading home. The topic of lunch quickly came up, however and we discussed eating at Jungle Jim's but eventually settling on the new-ish Fuddruckers at Festival Bay. What a colossal disappointment. Even before I lived in Florida (fifteen years now), I ate at Fuddruckers and enjoyed their self-proclaimed "World's Best Hamburgers." Around five years ago, the chain left the Orlando area leaving it lacking a great burger joint. When I read the restaurant was returning to the area I was elated. Now having eaten at this updated version of the original concept I can safely consider the chain dead to me. Perhaps and with any luck their locations in Miami and elsewhere retain the absolute quality and enjoyment of the original, but I will not return to the Orlando location as it stands.

After eating, we browsed the still substantially vacant shopping complex that is Festival Bay. We ascended to the overhead viewing platform at the Vans Skatepark and watched mostly kids skateboard and rollerblade the sport complex's ramps, half-pipes and pools. As that grew old, we continued our voyage home only to be distracted by the overrated Mall at Millenia. Walking the complete upper level followed by the lower level, stopping in the occasional shop, was a pleasant and unusual diversion for us.

Still not ready to go home completely, we found ourselves at the Universal Studios Florida CityWalk Cineplex for a screening of Steven Soderbergh's Ocean's Twelve. Although it does not hold a candle to the original, Ocean's Twelve was a very specifically stylized presentation of a slightly convoluted plot that had a fun mixture of thematic elements wrapped between an all-star ensemble cast. I enjoyed the movie for what it did accomplish, but left feeling that there could have been so much more. Finally, after a quick jaunt around the CityWalk complex, we headed home stopping one last time for dinner at Bennigan's.

It was one of better weekends I have had in a while, a fact I attribute to the unusual activity roster. There are so many little things here and there to do and see, but I miss them largely under the convenience of the old standards. Starting the week previous during a visit to the Florida Museum of Natural History's Butterfly Rainforest exhibit at the University of Florida's McGuire Center, I concluded I needed to get out and do more non-standard activities.

This weekend was no exception.
0 Comments https://mtsutro.org?p=24
I had planned on writing about my weekend, including my much anticipated company holiday party, but I am instead compelled to write about the events of this evening. You see, I managed to lock my keys in my car.

Already home for the night, I returned to the car, entered on the passenger side to access the glove box and somehow both left the keys in the seat and pushed the lock button before closing the door. Unable to locate a spare and unwilling to pay for the services of a locksmith to come and remedy my stupid mistake, I decided to try the next best thing: break into my own vehicle.

My first thought was to try using a straightened-out coat hanger slipped between the weather seal and glass in an attempt to "pop" the lock. I did not hold high hopes for this method and abandoned it rather quickly. I instead decided to acquire some tools and try to pick the lock itself.

As a child, I used to pick small padlocks for fun and had become pretty decent at it. Of course, I am sure those locks were rudimentary as far as real security is concerned. With a set of dental picks and a few small flathead screwdrivers, I went to work. I decided to attempt my lock picking in order of the locks I felt most prone to tampering and simultaneously of least usefulness to me should I inadvertently cause damage. The passenger door was first, followed by the trunk. No luck. The last chance for my easy out was the driver's door.

I kneeled next to my car working the tools with my hands and holding the flashlight with my legs, all the while mindful of the cars driving past most certainly thinking twice about what they saw. Then, just as I was contemplating surrender, the pins of the lock and the universe aligned.

Needless to say, I am fairly amused by all of this. When all was said and done, I had successfully broken into my car in just over thirty minutes.
1 Comment https://mtsutro.org?p=27
US airport security loses 'bomb'
[original article]

Security screeners at a US airport lost track of a bag containing fake explosives and allowed to be loaded on a flight to Amsterdam.

The "bomb" was planted in luggage for training exercise at Newark Liberty International Airport.

A scanning machine raised the alarm, but the bag was not searched and airport staff lost track of it.

"At no time did the bag pose a threat and at no time was anyone in danger," said a transport security spokeswoman.

France was forced to alert dozens of airlines to warn them the explosives might be aboard after the hold-all was loaded on to any one of 90 flights.

In Newark, the bag containing the fake device - complete with wires, a detonator and a clock - was not found despite an hour-long search.

It was later recovered by security officials in Amsterdam.

The airport near New York City was one of three used by the 11 September hijackers.

A spokeswoman for the Transportation Security Administration, the agency responsible for screening baggage and passengers, said the incident showed the importance of training exercises.

Airport screening in the US has been stepped up since the 11 September attacks but undercover inspections have revealed some weaknesses.