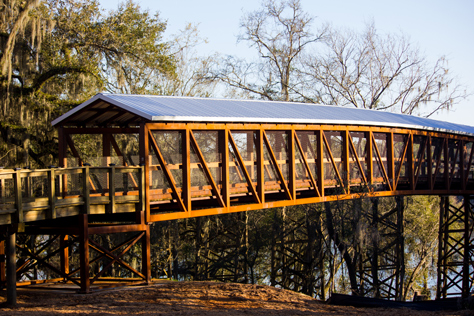 The new pedestrian bridge (S/N 13B028) over the CSX railroad line in Lafayette Heritage Trail Park near J.R. Alford Greenway.

Last Saturday, I took Mom and Ross to Lafayette Heritage Trail Park to check out the wildlife, trails and the new pedestrian bridge in the northeast corner of the park. I had not been to this park previously, but as they were passing through for only one day it seemed ideal. 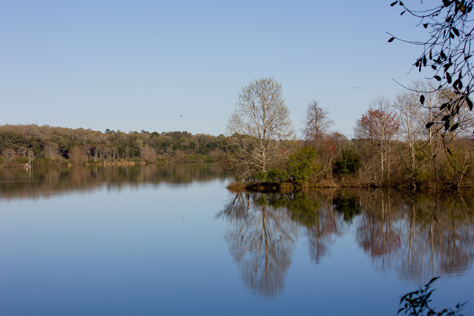 Parking in the lot at the far western end of the park, we first walked out to Fishing Finger 2, one of seven artificial peninsulas that extend into Piney Z Lake. 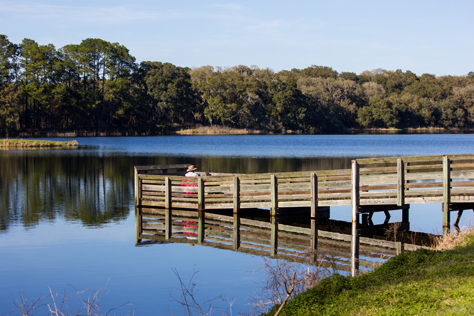 Unlike the others, Fishing Finger 2 also features a wooden pier and a floating platform near the end, itself the start of a very unmaintained trail across the middle of Piney Z Lake. 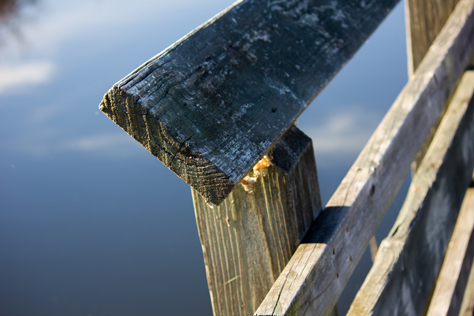 There was an Anhinga (Anhinga anhinga) drying its wings on a rock very close to the path. Although it was clearly keeping an eye on us, it did not show any sign of moving away. Flying is difficult with wet wings, so it may not have thought it worth the trouble. After all, it had found a nice spot to sun itself and dry off. 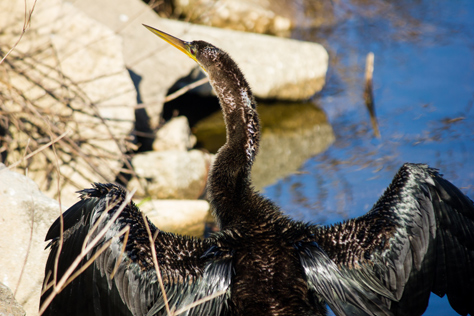 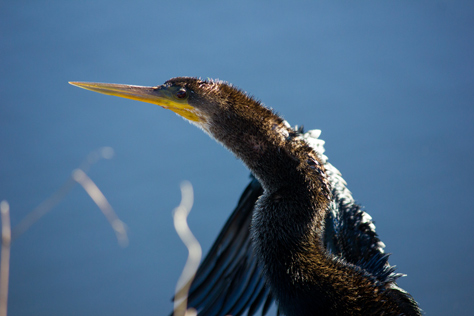 I also spotted two birds that I have struggled to identify given the variety of patterns and colors exhibited by males, females and juveniles. I believe that they are a female and a juvenile Yellow-rumped Warbler (Setophaga coronata), but I am no ornithologist. If this is incorrect, please let me know! 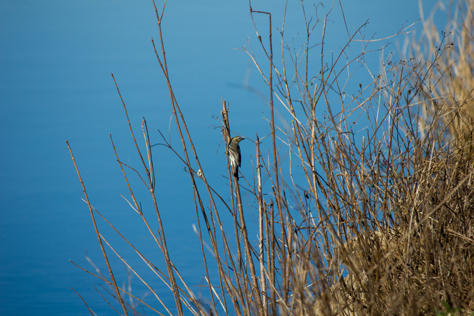 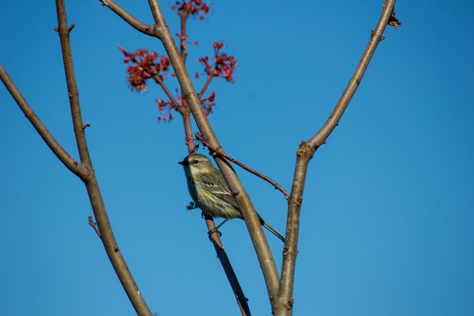 Although it was late afternoon, the moon was already out and showing off. The first quarter (fifty percent) lunar phase was officially at 0727 that morning. Visible are Mare Serenitatis, Mare Tranquillitatis, Mare Fecunditatis and Mare Crisium plus the landing sites of Apollo 11, Apollo 15, Apollo 16 and Apollo 17. 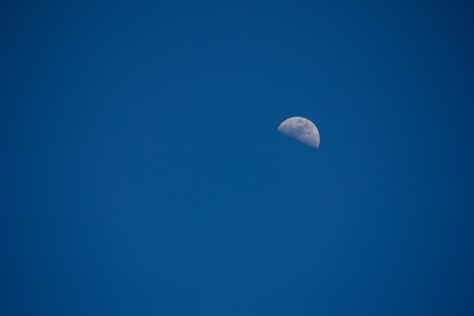 We continued our journey north along the Lafayette Heritage Trail to where I thought an east-west trail would take us to the pedestrian bridge near J.R. Alford Greenway. Between Piney Z Lake and Upper Lake Lafayette, this trail actually ends at an early settlement archeological site. 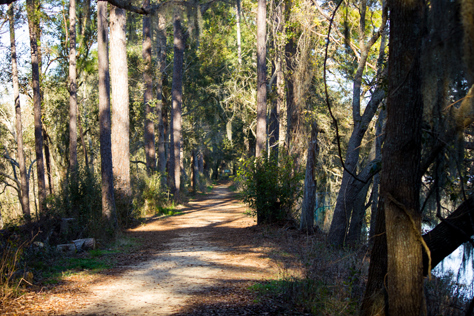 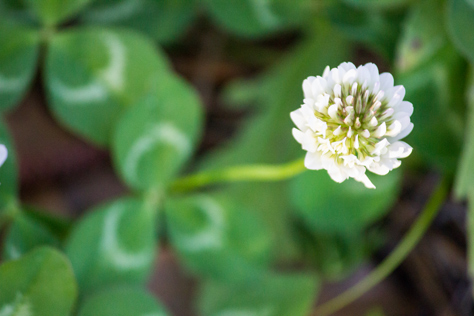 After saying hello to an alligator in the lake, we arrived at the CSX railroad line that passes through town. Knowing that the pedestrian bridge was built in part to keep people from crossing the tracks at-grade, I could not understand where we had lost the official trail. Undeterred, we pressed on ahead. 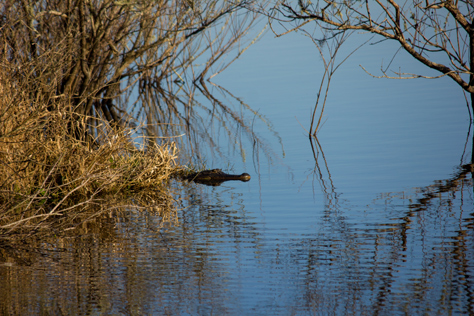 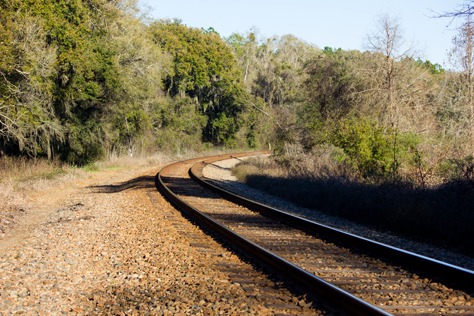 After walking a footpath parallel to the tracks east a little ways, I saw that there was indeed a trail heading in the right direction. A path lined with unknown wildflowers led us into the woods where we soon spotted a sign on a tree. 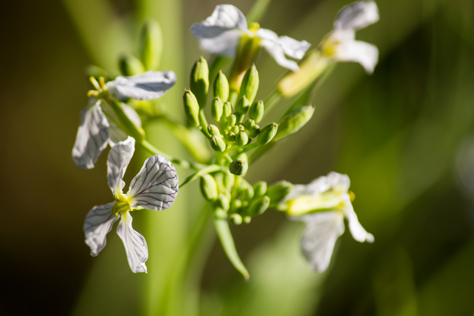 We had found Bill's Memorial Trail — "designed and maintained by a loving daughter" — a presumably unofficial connector through the woods where I thought a city trail should be. 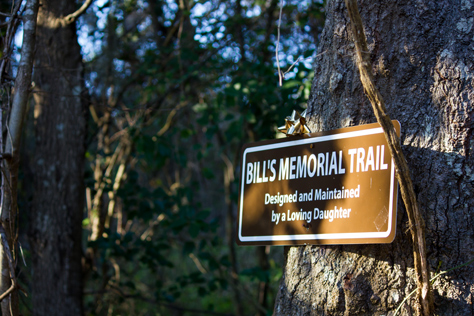 I was not able to find information about Bill or the trail, but it was a nice route taking us just south of Swift Creek Middle School and the adjacent neighborhoods. There were a few narrow areas, but the trail was in good shape. 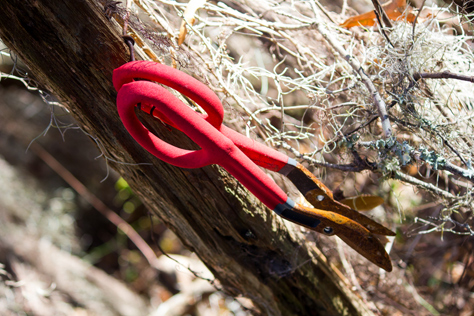 I was amazed to have the feeling of isolation here despite being so close to civilization. Other sections were less canopied and abutted houses' back yards or the railroad tracks, but the views were still scenic. 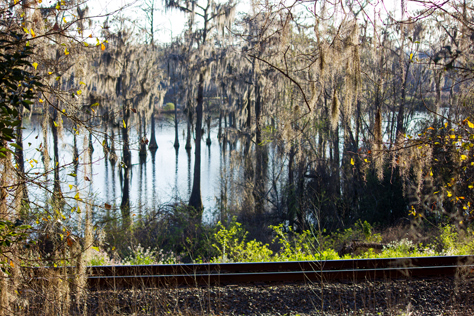 Emerging from the woods, we finally came upon the pedestrian bridge and the bicycle trail that I had mistakenly assumed went through where we had been. 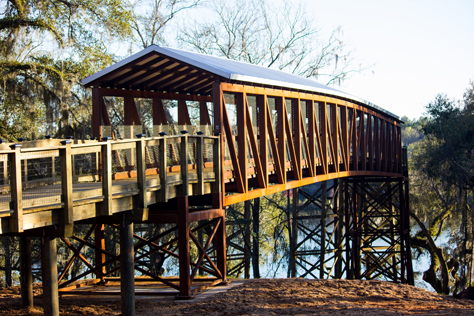 As it turns out, I misunderstood the press release; there is a connecting trail on the far eastern side of Piney Z Lake that leads here. We did not have time to hike all that way but fortunately, Bill's daughter saved the day for us. 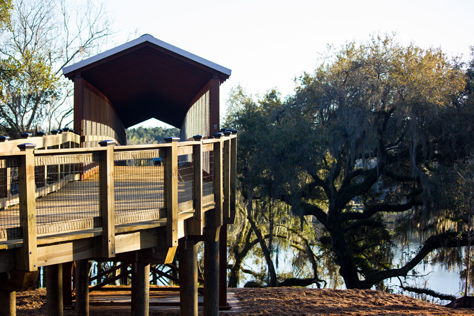 The new bridge, boardwalk and trails opened with a ceremony on Tuesday, 04 March 2014. It was constructed by Nature Bridges of Monticello, Florida and features a bridge by Excel Bridge Manufacturing Company. 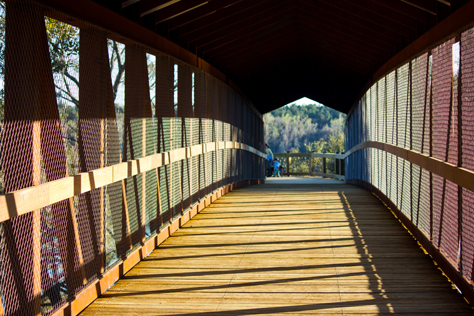 The new infrastructure consists of three parts: a 130-foot boardwalk at the north connecting to the 133-foot bridge over the CSX line and finishing with a 585-foot boardwalk at the southern end. From here, you can access the trails leading south to the rest of Lafayette Heritage Trail Park. 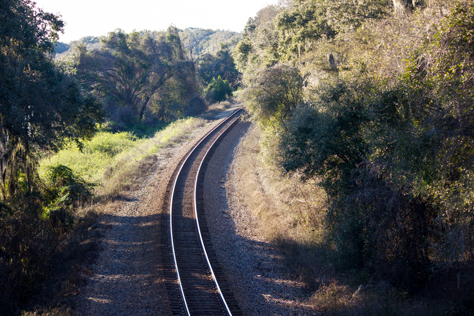 The bridge and wooden boardwalks are nice. It seems like care was taken to disturb the habitat as little as necessary to install the new structures, which I especially appreciate. The southern boardwalk also has views of Piney Z Lake. 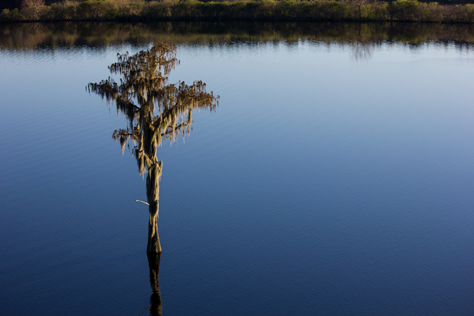 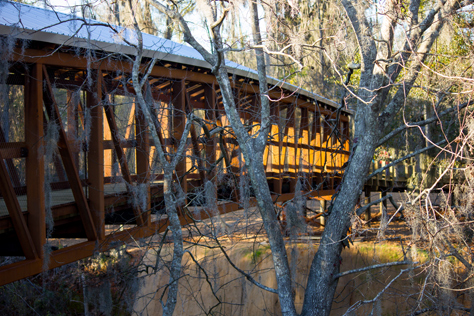 Quickly running out of daylight, we crossed back over the bridge and took the path north to J.R. Alford Greenway. I wish we would have had more time to spend at the greenway, but given the two environments I think the wooded trails and lakeside vistas suit me better. 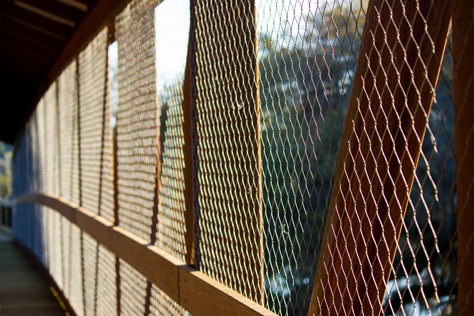 With twenty-two minutes until sunset, I had to double-time it back to my car before hiking in the woods was impossible. I moved as quickly as I could, even jogging in a few level areas, to make it at least through Bill's Memorial Trail and to the main trail to the parking lot. 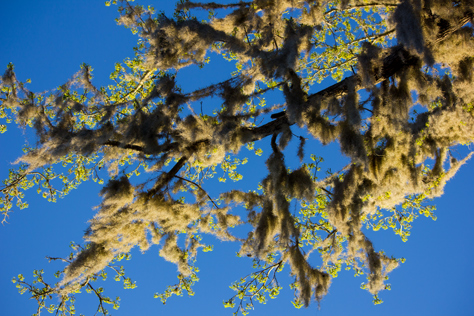 For a distance that originally took us one hour and thirty-five minutes to traverse, I was impressed with how quickly I made it back to my car before driving the eight mile circuitous route to J.R. Alford Greenway.

All told, I think I made in under thirty minutes. I picked up Mom and Ross from the bench that they found to sit on in the interim and we left for dinner at the new BJ's Restaurant and Brewhouse on Apalachee Parkway at Blairstone.

I cannot believe that I had not before visited these parks and will definitely return again soon, perhaps to do a complete roundtrip including the proper connecting trail and Bill's Memorial Trail.