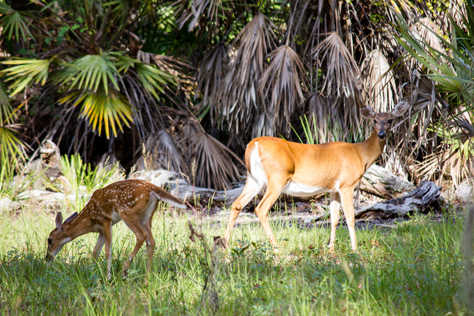 White-tailed deer (Odocoileus virginianus) fawn following its mother on a foraging trip in the woods east of the northern campground loop at Lake Kissimmee State Park.

I have not yet written about Lake Kissimmee State Park in Lake Wales, only posting the below favorite photo of a white-tailed deer fawn, but my camping trip there in October 2013 was excellent. It was an ideal place to watch wildlife. 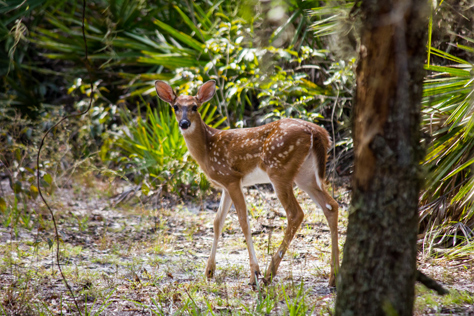 In addition to the usual suspects, we had close encounters with a rafter of turkeys who twice emerged from the woods into our campsite to look around, a pair of hawks, several flocks of turkey vultures, a drove of Florida Cracker cattle, woodpeckers and more orb-weaver spiders than I care to recall. 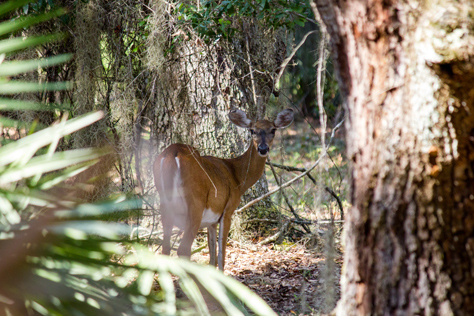 The highlight of this particular trip was discovering a white-tailed deer doe and her fawn foraging in the woods. I happened upon them while exploring the woods behind our campsite. It was just after 1530 when I first spotted them, so it was nice to have sunlight — I typically spot deer at dusk in state parks. 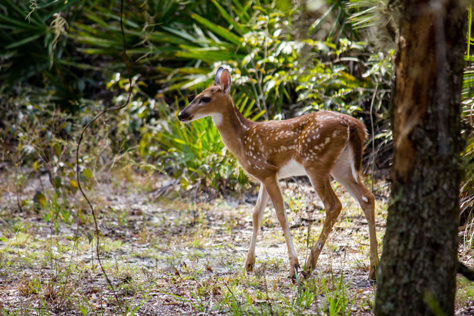 I followed the two of them through the woods for about thirty minutes, keeping some distance so as not to frighten them but staying remarkably close regardless. They kept an eye on me but mostly seemed interested in eating. Hopefully, this nonchalance toward humans does not prove unwise. 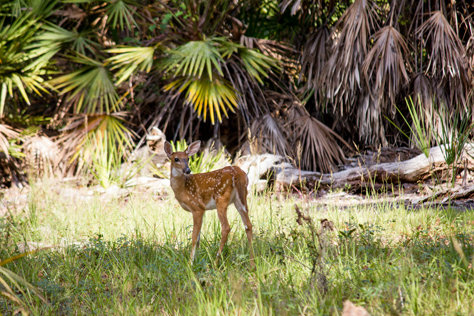 After the deer entered a particularly dense area of forest and realizing that I had not been paying any attention to our course, I decided to let them go and figure out my way back. I emerged from the woods just a few campsites down from Site 13 where we were staying; not bad, all things considered. 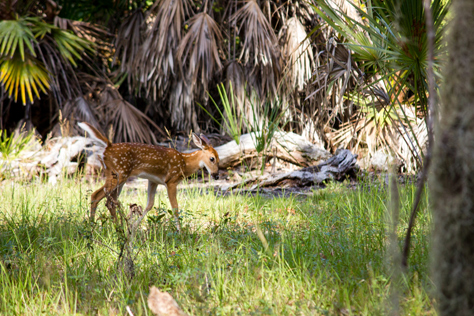 With a nice campground, the circa 1876 frontier cow camp recreation complete with guide, thirteen miles of trails and teeming wildlife, we definitely enjoyed this park. And on our way out, we stopped by the nearby Bok Tower Gardens where I captured those great butterfly pictures.