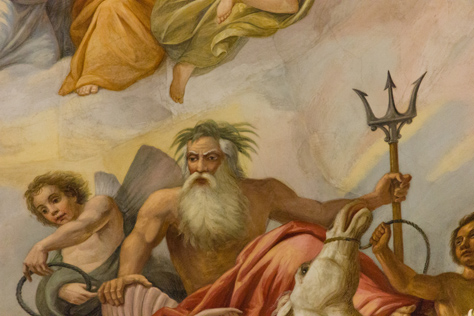 Roman god of freshwater and the sea Neptune in the Marine scene of Constantino Brumidi's fresco 'The Apotheosis of Washington' (1865) on the dome of the United States Capitol (1811/1866) from the center of the rotunda floor.

After the developers of Gallery 3 — the software I was using to host my photographs — decided to walk away from the project in June, I knew that I needed figure out a new solution. For better or worse, a subsequent technical issue encouraged me to find that solution more quickly than I had first planned.

There were fewer options available than I had expected, no doubt as many people now use third-party hosted services for their photography. I decided to look at Coppermine, Piwigo, Zenphoto and WordPress as potential alternatives.

As I already use and develop with WordPress, it seemed like a good place to start my reviews. Unfortunately, I quickly discovered that it would not meet my requirements. The built-in media features are probably fine for managing post content but would not scale or be configurable enough to serve as my gallery.

Next on the list was Piwigo, which I looked at based on former Gallery project contributor Serguei Dosyukov's review and migration article. Piwigo has a lot going for it. After some experimentation though, I decided that its design was too different for me to adapt. In addition, I was not keen on the way it abstracts albums and their hierarchy.

As I was reminded in July 2013, I had used Coppermine for a time in the past. The fundamentals are all there but the package seems dated. Beyond some security patches, Coppermine has not really been updated since the first time I used it. Wanting to move forward and not backward, I left this one behind.

I was initially reluctant about Zenphoto because of the recent departure of a key developer. After observing an active community and finding that most of my needs were already accounted for in some way, I settled on Zenphoto and set out to develop a custom theme.

Designing how the theme would look was the easy part; I already had a model to go off in the form of my Gallery 3 theme. The basic look would remain the same but improvements would be made and annoyances fixed. With these details in mind and the user guide in hand, I got to work.

At first, the structure of things seemed awkward and I did not understand several design choices. The process of learning the core functions and coding the theme completely changed my initial impressions, however. I discovered that theme development for Zenphoto was actually easier and its structure more intuitive.

Implementing specific features was mostly accomplished using available plugins, although I did modify a few of them as well as write several custom functions. In addition, I had to update three core extension files to force the interactive map to use HTTPS and two other core files for other reasons.

Within a few days, I was uploading previously published photographs and tweaking the theme as I went. That process was completed earlier this week and I have but a few minor items remaining on the checklist.

Even though outside circumstances necessitated the change, I think that the Mount Sutro Gallery is better than before running on Zenphoto. Not only does my custom theme look and function as desired, but I completed it ahead of schedule due in part to Zenphoto's logical architecture.

I am pleased to be able to get back to processing and publishing photographs, not to mention slowly continuing work on the original migration project. 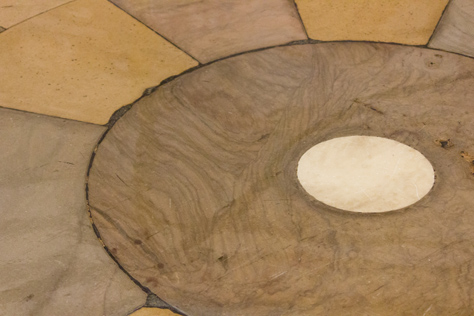