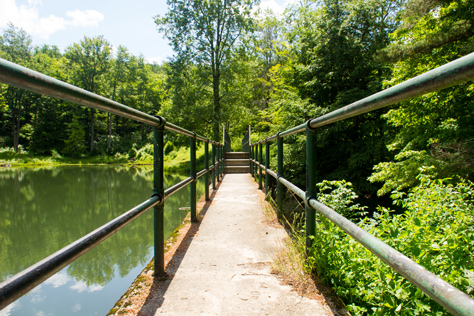 As there are only three main roads crossing the 67,000 acre expanse of Allegany State Park, you get to know particular landmarks and wildlife hotspots. Only a few miles east of the Quaker Area, Science Lake is one such location.

Science Lake was formed by damming the upper end of Quaker Run Creek in 1926, five years after the New York State Legislature established Allegany State Park on Monday, 02 May 1921. The building of Science Lake Dam allowed the new lake to be used as the park's first swimming area. 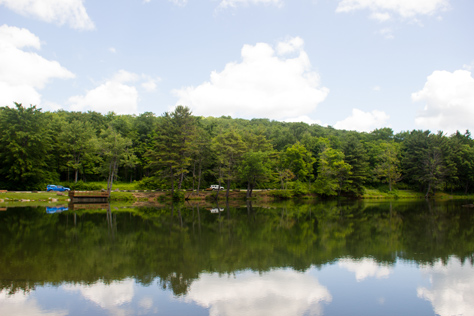 In addition to the dam, adjacent construction included the Allegany School of Natural History, forty-two cabins and a building with a library, science laboratories and the Buffalo Society of Natural Sciences and the State Museum's assembly room. At some point later, the buildings and cabins were removed from the area leaving only the dam and lake from these early constructs.

Today, Science Lake is one of three lakes stocked with trout for fishing. While the larger Red House Lake and Quaker Lake are stocked with thousands of fish annually, only 500 yearling brown trout are added to Science Lake each spring. 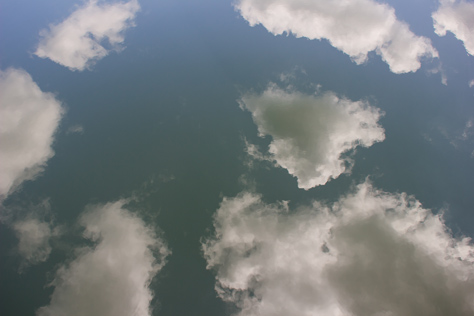