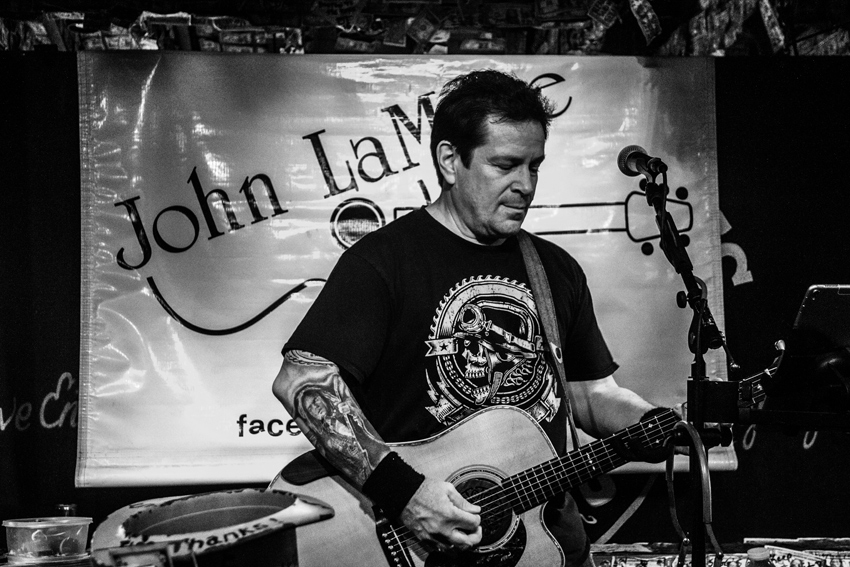 "Acoustically armed and dangerous," as his banner states, John LaMere is quite simply my favorite musician in Key West. Performing three-hour sets at Willie T's Restaurant and Bar five days per week, LaMere sings tunes from a repertoire of at least 409 songs, taking requests but also adapting the set based on the audience's level of engagement, enthusiasm, and intoxication.

Accompanied only by his own layered acoustic guitar performance via looper pedals and sometimes a little percussion created by slapping his guitar's body, LaMere performs without a set break and always creates an engaging performance while interacting with the crowd in a fun way. No lengthy conversation breaks or lame joke telling here. Well, maybe a few jokes. 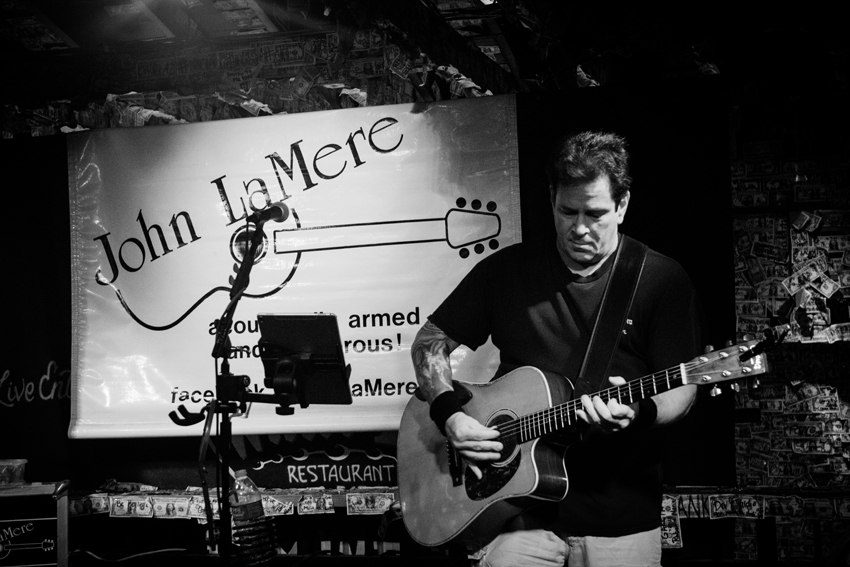 The songs are generally rock and roll from through the decades but LaMere also throws in some oldies covers, humorous mash-ups, and even a few country numbers of the Johnny Cash variety. He will perform from the catalogues of his favorites like Tom Petty, break out a harmonica for Billy Joel's "Piano Man", and manage to transform Cash's "Folsom Prison Blues" into several other tunes, all the while enjoying a nip of Jack Daniel's whiskey.

LaMere likes to recall a comment that he received after a gig years ago: "You know what I like about you? You don't care that you're not that good." His delight in this remark speaks to the "do what you love" positive energy that LaMere brings to the stage. It is a great posture to have given the subjective nature of art. On that note, I particularly enjoy LaMere's renditions of "Old Man" by Neil Young, "Baba O'Riley" by The Who, and "Falling In And Out Of Love" and "Amie" by Pure Prairie League. 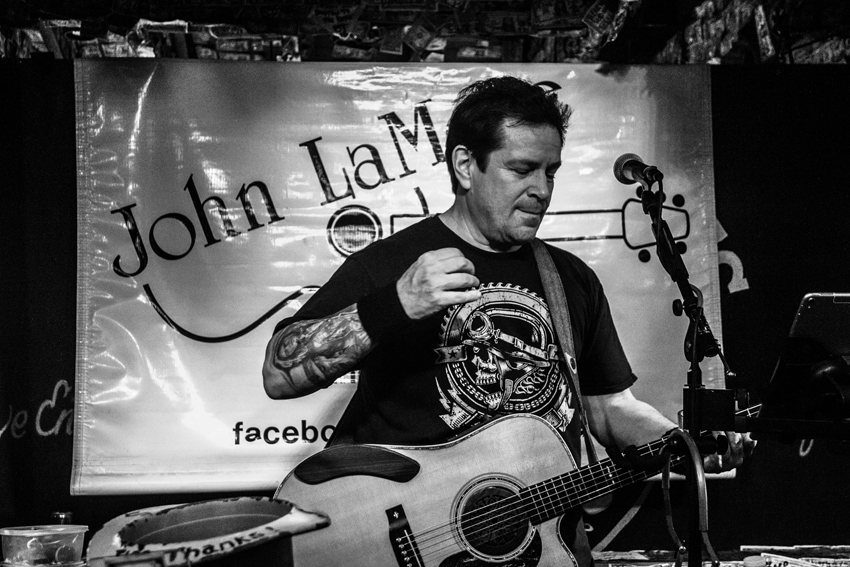 Willie T's is basically outdoors, although partially covered, and has several high-top tables near the stage offering the best seats for the LaMere experience. Frankly, besides this ideal set-up and a few really excellent staff like longtime bartender Eric Kotowski and one-time server Molly, I would not otherwise go there. I keep coming back because of John LaMere. 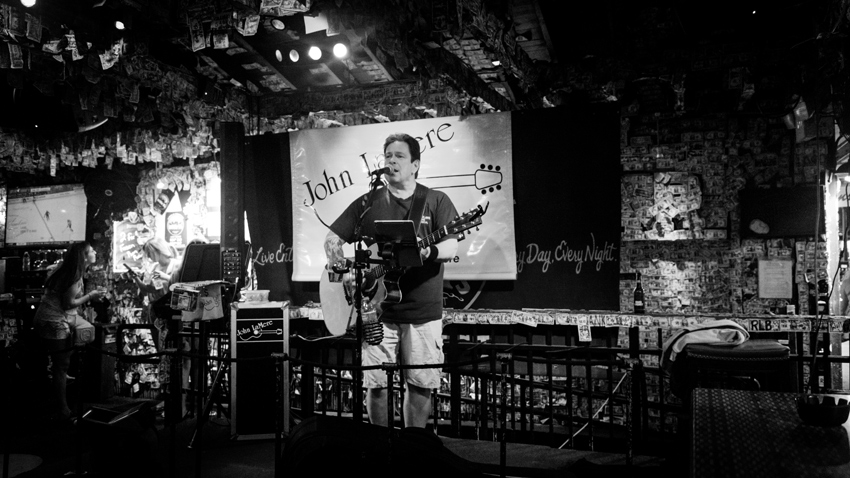 Because he likes to pose and ham it up for those taking pictures, I made a point to capture only candid moments in his performance. The red stage lighting did not translate very well to the stills, leaving them awash in an unfortunate red glow. The solution was to process them without color and, I have to say, I rather like the results. 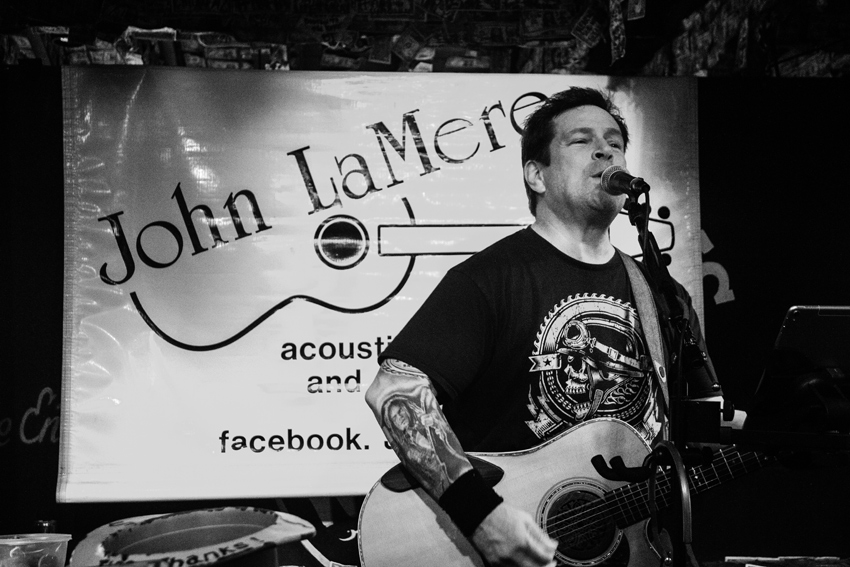