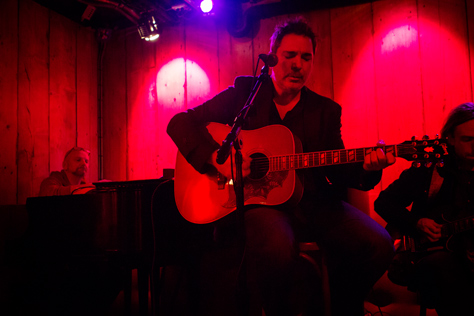 Blow Up Hollywood featuring Steve Messina with Harvey Jones and Thad Debrock performing on Stage 3 at the Rockwood Music Hall in New York City during the premiere show in the 'Blue Sky Blond' album tour.

part of the Blow Up Hollywood album

The sun dipping below the horizon, Saturday is quickly morphing into night in the Big Apple. The street lamps' orangish glow illuminates downward, shining through and emphasizing the flakes of snow now gently but increasingly falling.

Stopped on the sidewalk on West 34th Street not far from the Skylight Diner and 9th Avenue, I am holding a Gibson guitar in its case. Beside me sits a medium wheeled suitcase filled with albums and a few T-shirts.

I am on my way to see my favorite band in concert at a venue in the Lower East Side. Looking down 34th at the lighting and snow, I think to myself how cinematic the scene looks and feels. The temperature may only be nineteen degrees, but it is worth it. Finally, a vacant taxi turns toward and pulls over to pick us up.

My travel companion this evening is none other than Steve Messina — vocalist, lyricist, acoustic guitarist and co-founder of Blow Up Hollywood. Having left the pre-show rehearsal at another band member's home, Steve and I are making our way south for a snack, beverage and the show.

Taking place in the intimate downstairs venue at Rockwood Music Hall called Stage 3, Blow Up Hollywood will be performing the first of several gigs in support of their latest album, Blue Sky Blond, and I will have a front row seat. 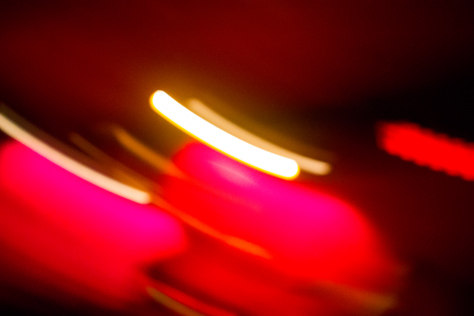 Comprised of an eclectic and talented group of musicians, Blow Up Hollywood has been producing a unique, emotional and musically inspiring type of music since 2001 that refuses to pander to the mainstream.

Their eight thoughtful and creative albums span through genres and each stand alone as unique experiences, while somehow maintaining a signature sound. Ambient, atmospheric, post-rock, progressive rock, folk, experimental, existential… there really is no one descriptor that best describes the Blow Up Hollywood catalogue except for independent. 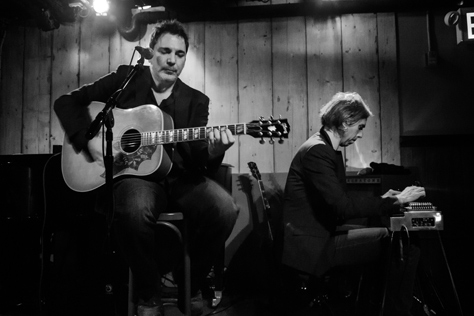 I first discovered Blow Up Hollywood sometime around 15 September 2004 thanks to episode 0437C of Echoes with John Diliberto. The episode featured a live "Living Room Concert" set with five tracks that captured my attention.

After an email I sent about possible 2005 shows resulted in a reply from Steve Messina himself, the two of us have since maintained a casual email friendship. Sometimes they were just short notes and other times more in depth conversations, but it was great to discuss music with and ask questions of an admired artist of mine.

It was during an email exchange in early December 2013 that I floated the idea of coming to New York City before my planned January birthday holiday in Alexandria, Virginia. As luck would have it, the Blue Sky Blond album kick-off show was scheduled for Saturday, 25 January 2014, just days before my Washington, D.C. itinerary started with friends Erik and Lauren.

I booked a flight from KTLH to KLGA, an Amtrak train from NYP to ALX and finally a flight from KDCA back to KTLH. Having been to New York City on at least three prior occasions, it was no trouble for me to find things to visit and photograph. You know, non-Blow Up Hollywood related things. 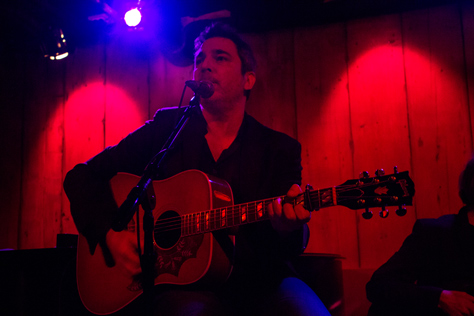 Steve Messina and I first met in person the day before the concert at Prohibition in the Upper West Side. A bar and restaurant known for featuring live music nightly, Prohibition was ironically a place where Steve's earlier band MJ12 performed many years earlier.

My initial nervousness over having dinner with the man responsible for some of my favorite music was quickly tempered by a combination of Steve's easygoing nature, our hitting it off well and whisky. Referencing his instinctive and roguish nature, the Long Island Pulse said that Steve "realizes he can come across as difficult." That may be true in the context of the music industry and popular culture, but I would see that it is not generally so.

It was great fun to talk with and get to know Steve better over the course of two days. The rehearsal and concert were, of course, a special experience for me as well. Playing around eight tracks from across their twelve-year discography, Steve was joined by band mates Harvey Jones on piano and synthesizer; Thad Debrock on electric and pedal steel guitar; and later by vocalist Nadia Ackerman. 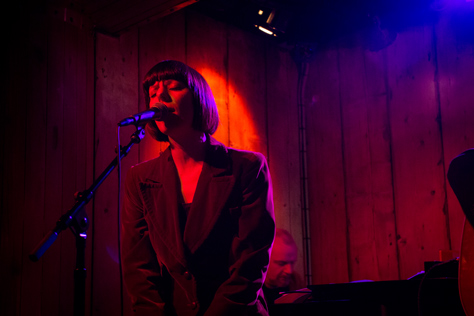 The set list was already in development when I arrived at the rehearsal hours earlier, but I have to braggingly report that I had a hand in shaping its final form in that a few tracks were present for my benefit. It was something else to then hear this performance in a room filled with seventy people, although at the time everyone else off stage seemed to fade away.

As you can see and probably imagine for yourself substituting your favorite musician, actor, writer or other artist, these two days in New York's exceptional cold of late January 2014 were an amazing experience for me. I have tried to capture some of that magic in my photographs and in this article, though I have left much of the detailed narrative out. Sorry, you had to be there. 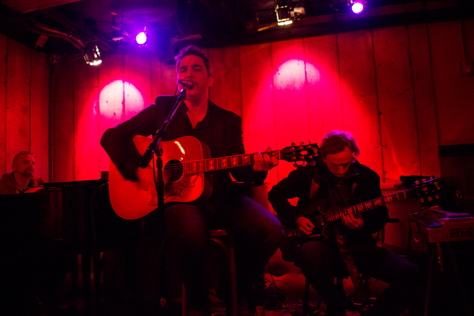 It is difficult for me to believe that the roughly twenty-four hour period of this story took place one year ago. I do not know when I will next visit Steve or see Blow Up Hollywood live in concert, but I am looking forward to both. In the meantime, our electronic chats continue and I await future news about the next album. Each one has delighted and surprised me thus far, so I can only imagine what may be in the works.

Following the show and celebration at Rockwood's Orchard Street bar above Stage 3, I was back in the cold of the night. Standing on the sidewalk between the doors for Rockwood and Blue Ribbon Sushi Izakaya, a random passerby stops to ask me something. I reply "no" and they move on. I barely register the interaction whilst off in my own world however, preoccupied with my recent experiences. 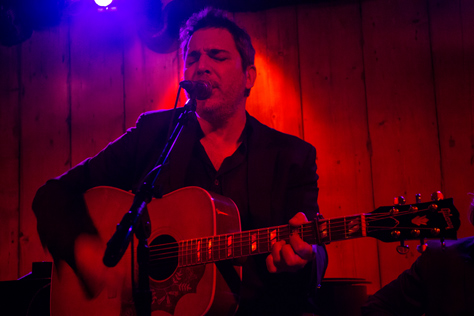 Heading uptown in a taxi, I stare out the windows and watch as bodegas, local stores and street lamps go past. Except for the sounds of the engine and road, it is quiet in the cab. As the orangish glow of the street lamps fades in and out on my face, I cannot help but think about how perfectly everything worked out.

The couple mile ride to 31st Street and Lexington is uneventful. I return to my eighth floor room at the Hotel 31 and quickly realize that attempts to go to sleep now will be hopelessly futile. I leave my camera behind and walk next door to Vezzo Thin Crust Pizza, a place I frequented due to its convenience.

I sit down at the small bar in the front room and am immediately greeted by the friendly waitress who has served me the past few nights. She prepares my usual glass of Cabernet Sauvignon and then takes my order for a personal pizza on nine-grain organic crust.

I take a sip of my wine, put the glass down and stare ahead at nothing… a strange little smile on my face.

You can learn more about Blow Up Hollywood, listen to samples and purchase their albums on CD and electronically at blowuphollywood.com, as well as iTunes, CD Baby, Amazon and other retailers of independent music. 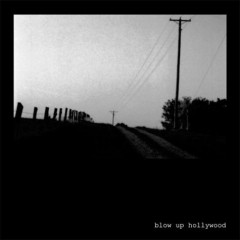 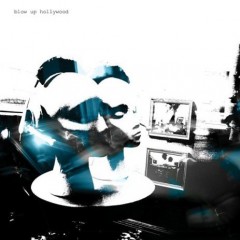 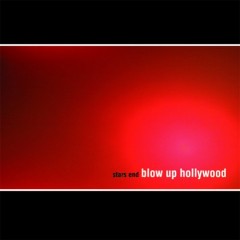 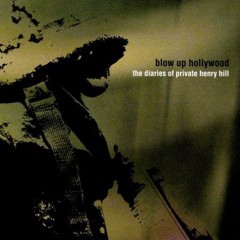 The Diaries of Private Henry Hill (2006) 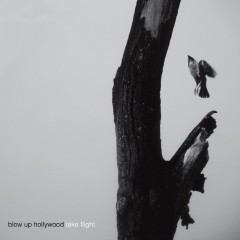 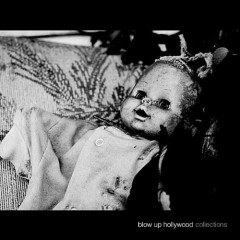 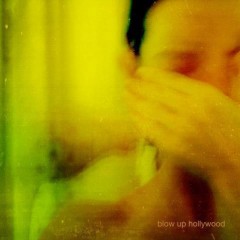 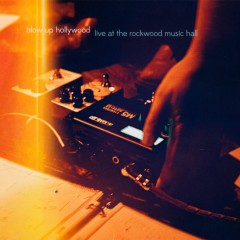