In one twenty-four hour session over the Fourth of July holiday weekend in 2008, fueled by the excitement of watching Bender's Big Score, I made a music video for 30 Century Man by The Jigsaw Seen (see original article).

The DVD movie was the first of four and their popularity eventually lead to the return of the series to episodic television, an occasion which I recently marked by making the Planet Express Fail Whale.

I am not sure why Futurama seems to bring out my creative side but the music video, despite being my first attempt at such a thing, turned out quite well and received positive feedback from many people including The Jigsaw Seen's co-founder and lead guitarist Jonathan Lea.

Unfortunately after 231 days, 13,515 views, 56 likes, 53 comments and 2 favorites, the automated forces at YouTube that scan for and block potentially copyright infringing material silenced the video on 21 February 2009.

I did not go through the dispute process, but I thought I had a decent case for fair use: the character of the use was personal and non-profit; only a small amount of the work was used; and if widespread, the copyright owner would not lose money. In fact, I think the video promoted their product, if anything.

Therefore by popular demand and in celebration of creative fans worldwide, I am proud to present the 2010 re-release of "30 Century Man." The video has been slightly updated and re-rendered in high quality. I hope you enjoy it!

UPDATE 2012-04-25: Jonathan Lea wrote me today to let me know that they have uploaded the video to their official YouTube page. I am honored!

UPDATE 2015-01-14: I recently discovered that the video has been blocked on the band's YouTube account as well. It therefore seems natural that I revisit this project once more to render a fresh, unedited version. Although the source is not in high definition, I rendered this cut at 720p as an MP4 video. Finally, as the technology has proliferated into the mainstream since 2008 and 2010, I am releasing this MP4 only—the WMV, FLV and MOV trifecta are retired. 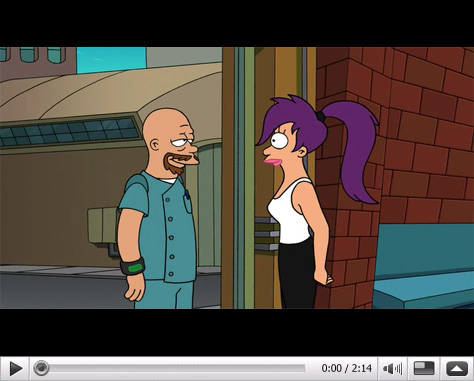