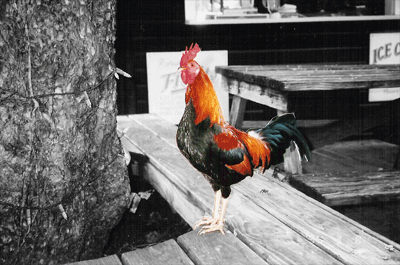 With my friend Steven back in the United States after eight weeks in Tokyo, Japan needing a ride back to Tallahassee and the date he and other friends will be moving away from the Capitol quickly approaching, I will be making the four-hour drive to spend what should be and always is an amusing weekend. Eating, drinking, good people and good times: Tallahassee is never a disappointment.

My original plans were to have gone up that way last weekend while simultaneously stopping in Saint Augustine to visit someone else, but logistical issues stopped that arrangement in the planning stage. While conversing with Erik, Steven's brother, about the return flight from Nihon we figured I could go ahead and come up this weekend whilst providing transport. Saint Augustine will have to wait for another weekend. Apparently, however, we will be making a brief layover in blink-and-miss-it Gainesville, Florida to allow Steven to drop off some souvenirs and gifts.

It will be a welcomed diversion for a few days and I am certainly looking forward to it, but it is really nice to not so much going to get away from things here in Orlando but simply to enjoy the company of my friends in a place I happen to enjoy visiting on a semi-regular basis. I only started my job on 17 May 2004, but I already feel so comfortable there it often seems like more time has passed. I actually enjoy going to work at this company, something I have not experienced since I ran a local law firm that moved out of the area several years ago. Additionally as has evidenced more recently, I started out enjoyed my job but that quickly faded as the new job smell wore off and the pure, unflattering inward truth of the position was revealed.

How dramatic, eh? Here is an example. After I was laid-off due to budget cuts at a real estate company I for whom I was conducting technology and administrative functions, I had money in the bank and was not in a particular hurry to go back out and find another job. I enjoyed that job despite how aggravated it often made me, but the fact remained I had been there just over my ninety-day customary "probationary" period and was not quite yet ready to start my search. Again.

Enter my friend Kat. In addition to having worked with me at the Yab Yum establishments (Harold and Maude's, Kit Kat Club and the Go Lounge/Globe) where I met her and the recently departed Bodhisattva Social Club, she had been a day employee at a popular local adult retail store. She approached me at Will's Pub to let me know I should put an application in there because they were in need for some daytime help. While I was less than thrilled at the prospect of working in a retail customer service environment, I figured money was money and how could I go wrong at a store where I would use the word "dildo" during the normal execution of my duties. Long story short, brazen vocabulary is no concession for doing boring, repetitive work that the brain cells I killed drinking last week could do while I was asleep. The management of that company also bothered me but I need not cast dispersions here. The problem overall was with me not feeling my time was being well spent at this place and so I pushed envelopes, blindsided boundaries and subsequently, as a result of a truly accidental and innocent oversight, was dismissed. Sure, it was convenient their busiest months of their year were now complete, but regardless I went out for a drink afterward knowing that better things would come.

Seventy-seven days was a little more time than I wanted to elapse between gigs, but now I can see it was well worth the wait. My current projects are dynamic, involving some things both familiar to me and new, but the bulk of my excitement comes from the knowledge of some upcoming projects. Like Ernie, I cannot discuss much about these things, but suffice it to say if things continue as they are tentatively planned, I might be looking at some substantial career breakthroughs.

In closing, yes that is a photograph of a rooster. I took it during my trip to Key West last April and finally just got the film developed. I will be uploading complete (and unedited) copies of those photographs when I return to Orlando next week. Overall I am fairly pissed about the quality of the photographs, my assignment of blame primarily resting upon my lack of experience with the camera I brought with me and less so on the level of alcohol that inhabited my body throughout that trip. I will also be uploading some miscellaneous photographs I have meant to add to the gallery including the rest of the set from which the CD reflection picture belongs.
1 Comment https://mtsutro.org?p=61 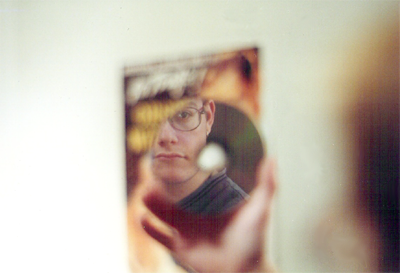 0 Comments https://mtsutro.org?p=62
During the course of my everyday work activities I happened upon the website for the world-renowned ritzy Japanese-owned Hotel Nikko. While browsing around their site I thought I remembered Nicholas Van Orton going to the Hotel Nikko San Francisco to pick-up his missing American Express card in the David Fincher thriller The Game. With that I decided to take a look at their hotel and in the process discovered something wonderful; something that only I am likely to appreciate (read: go nuts over).

Pictured below is a crop of a photograph they have posted of one of the rooms.

The unobstructed window view allows Mount Sutro and Sutro Tower to prominently dominate the skyline. Now that is a room I need to stay in!
2 Comments https://mtsutro.org?p=63
A few reflections on my weekend at the Hilton Clearwater Beach Resort. I am feeling lazy so I shall keep this brief.
1 Comment https://mtsutro.org?p=64