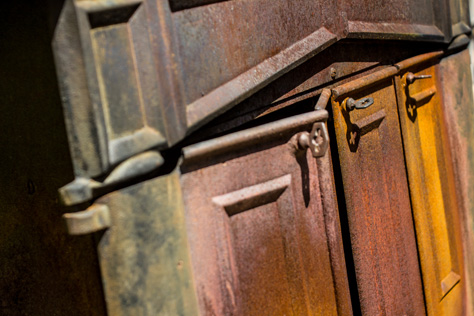 Last Sunday, I took my new Canon EOS 550D/Rebel T2i for a trial run in the nearby town of Havana. I had originally planned to go out on Saturday, but the overcast weather coupled with my desire to sleep in necessitated the change. Sunday ended up being partly cloudy but otherwise ideal for a short road trip and walk around Havana. A few of the clouds did block the sun at times, leaving me to simply enjoy the fresh air while waiting for better lighting conditions. Several friendly people said hello or asked if I was a professional photographer—I thought it amusing the difference a simple lens hood makes in appearances, or rather in the assumptions of others—but it was otherwise fairly quiet around the shops in the historic downtown area. 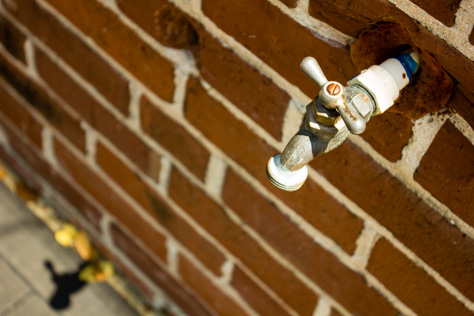 As I always do when shooting in Havana, I went over to the Seaboard Coast CSX railroad tracks and Havana Station. Originally built in 1939, the station has been transformed into retail shops, primarily consisting of a store with interesting art and furniture. I can only imagine what it must sound like when freight trains roll by only feet from the exterior windows on the building's west side. Although I had intended to try each of the three lenses I purchased during this trip, I decided that without an appropriate bag it would be too risky to do a bunch of switching. As such, I chose the Sigma 18–50mm f/2.8-4.5 for this first outing figuring it would give me a comfortable range within which to work. I plan to give the Canon 50mm f/1.8 and Canon 55–250mm f/4–5.6 EF-S lenses more shakedown time this upcoming weekend. 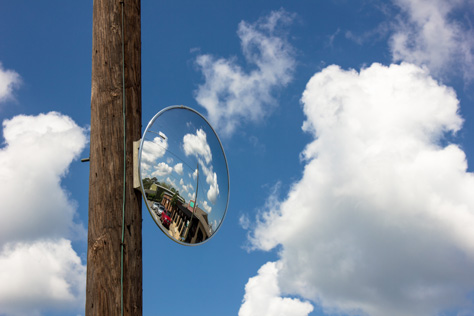 At one point, hunger took over and I decided to return to a restaurant I had passed earlier called Oscar's in Havana. Occupying the former Mockingbird Café location, Oscar's has an courtyard that is perfect for outdoor dining on beautiful days. I had a meatball sub with pasta salad ($8.99). The sub was served open on a flat bread with red onions and ample sauce. It was quite delicious. The pasta salad was also quite good, although I could have done without all the feta cheese. 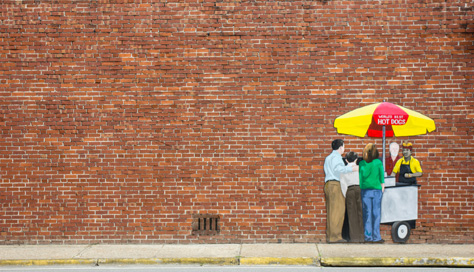 Once at home, I used Adobe Lightroom 4 to process the raw photographs and started developing (no pun) a new workflow for myself. I definitely have a lot to learn about Lightroom, but so far I am very impressed. I love that the photographs are never really edited, but that changes are saved as actions in a separate catalog file instead. I also expected some of the tools to operate more like Photoshop than they do. It turns out I like how Lightroom does things better in several cases, foremost being the crop tool. I anticipate that the biggest time saver will be the excellent meta data and location tools. Not only does it make me happy to have my detailed titles, descriptions and other data exist within the photos instead of only on Flickr, but it makes the upload process the end of my workflow. This is important because my slow internet connection means long uploads for photograph sets. 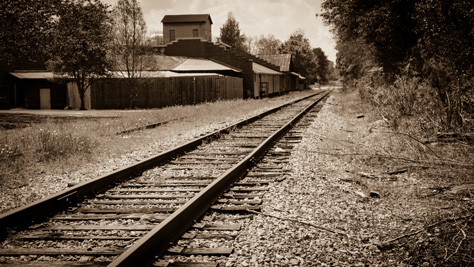