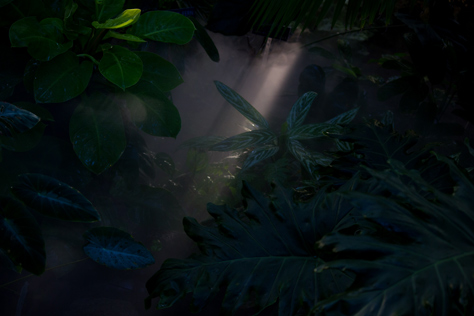 A beam of hazy sunlight among the plants in the jungle environment within the Conservatory at the United States Botanic Garden (1867).

It took me seven shots to correctly capture the subtle tones and contrasting light that I saw in person. It does not look good small though, so view it larger.

Photo Credit: David July
"The Scintillas in the Mist" https://mtsutro.org?p=1074