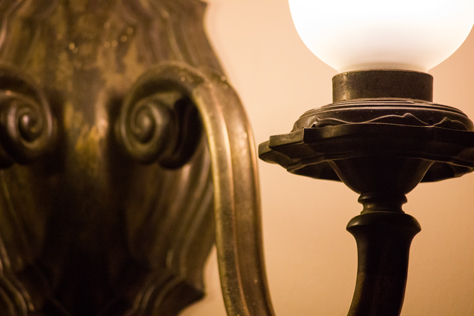 Wall-mounted lighting fixture in the portico with three marble busts outside the Old Supreme Court Chamber on 1F in the north wing of the United States Capitol (1811/1866).

Outside and across the ground floor corridor from the Old Supreme Court Chamber in the Capitol, there is a portico with three marble busts of foreign-born military figures on display.

Kazimierz Michał Władysław Wiktor Pułaski (1745–1779) of Warsaw, Polish-Lithuanian Commonwealth was a nobleman and military commander who fought against Russian domination in his country before emigrating to the United States to fight and die in the American Revolutionary War. 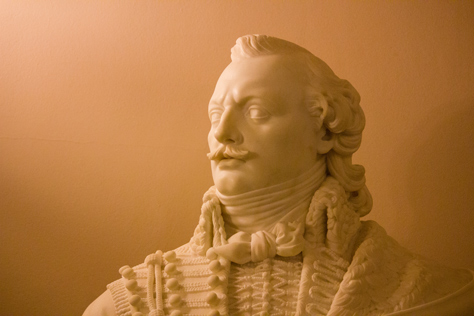 Giuseppe Garibaldi (1807–1882) of Nice, France was a sailor, merchant captain, mercenary fighter and navy officer who participated in a mutiny against the Kingdom of Piedmont-Sardinia, engaged in freelance warfare in Brazil and Uruguay and later became an acclaimed military leader in Italy. 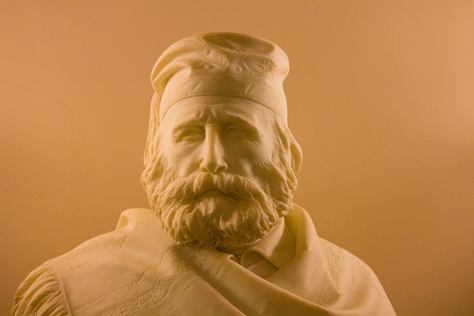 Tadeusz Andrzej Bonawentura Kościuszko (1746–1817) of Mereczowszczyzna, Polish-Lithuanian Commonwealth was a traveler and student who came to the United States in 1776 to fight and provide key strategies, earning him a rank of brigadier general before returning to his county to fight the Russians. 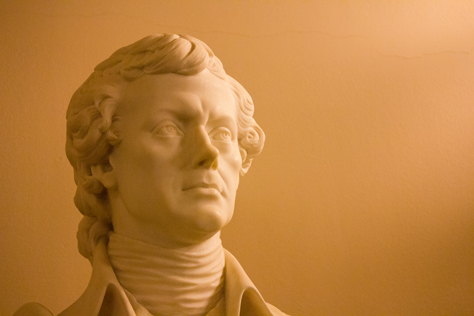 In celebration of what would have been Pulaski's 267th birthday, the Poles in America Foundation with congressional support from Representative Dan Lipinski (D-IL) conducted a wreath laying ceremony at the bust in 2012. Uniformed members of the now non-military Pulaski Cadets (1833) were also in attendance.