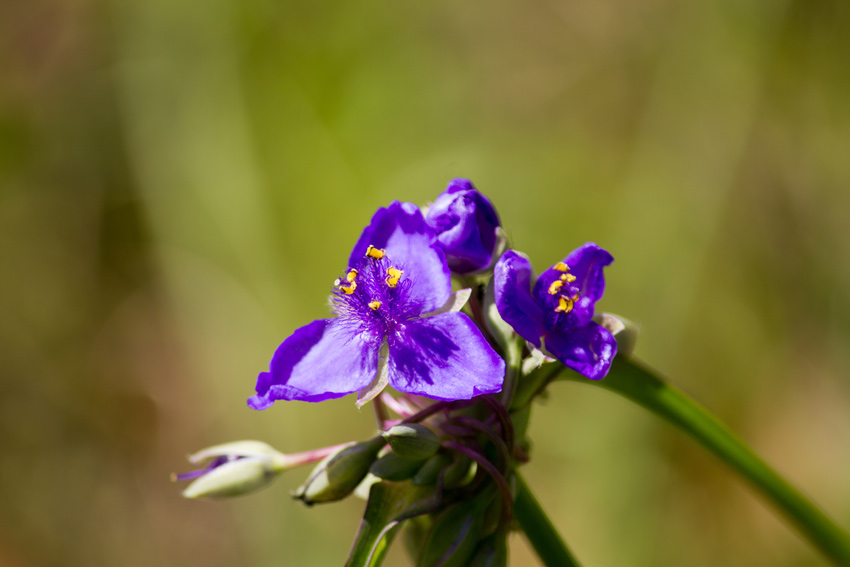 Following a visit to Balanced Rock on the Suwannee River — about which a forthcoming article will be dedicated — Mom, Ross and I continued along a trail in Suwannee River State Park intent on heading back to the campground via the Lime Sink Run Trail. I do not know if the trail sign at Balanced Rock was missing or we failed to notice it, but we continued beyond the Balanced Rock Trail northeast along the river instead of heading south as required. 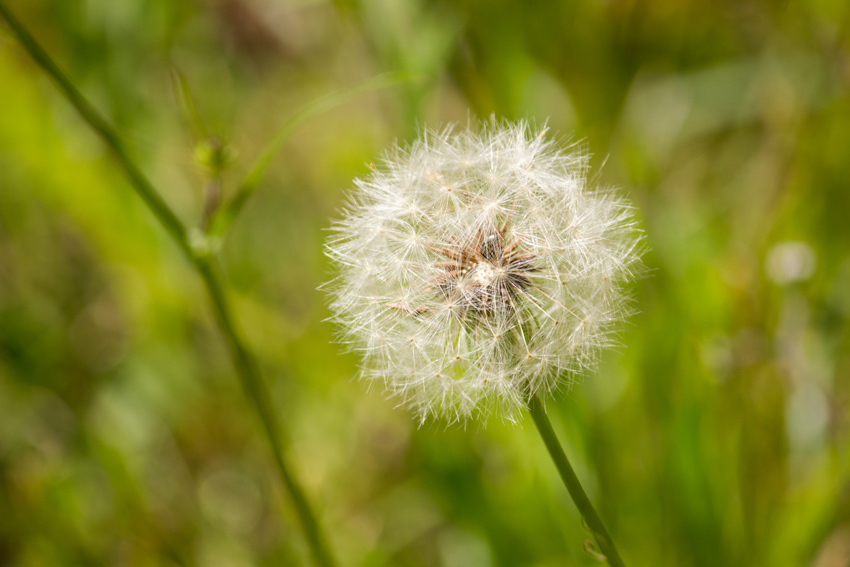 We always bring a trail map along on our hikes, however on this occasion we had loaned it to a member of our party who split from us midway. Despite having visited this park twice before, we did not realize that we were going down an unmarked and nameless trail in the opposite direction of the campground.

As we were enjoying our hike and the picturesque views of the Suwannee River, nothing seemed amiss until we approached something unexpected. Getting closer, we could see that we were entering a primitive camping area. 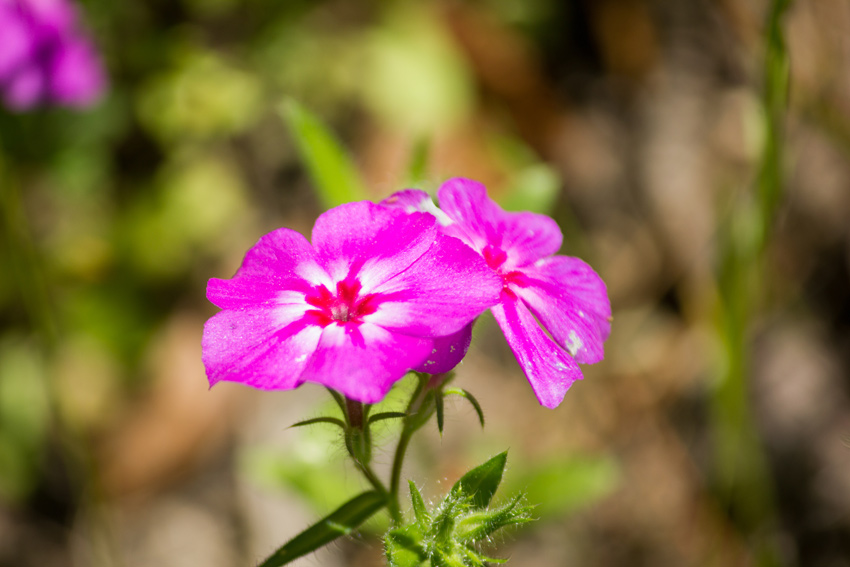 Quiet and completely devoid of people, we passed through the camp with a row of tents set up along the river to our left and numerous cars parked on the right. There were coolers, cookware and other supplies around, some stacked on the ground as if they had just been unloaded from a vehicle. A small column of smoke rose from the fire pit, empty folding chairs circled around. I jokingly concluded that the campers encountered something terrifying and left everything as is whilst making a hasty departure. 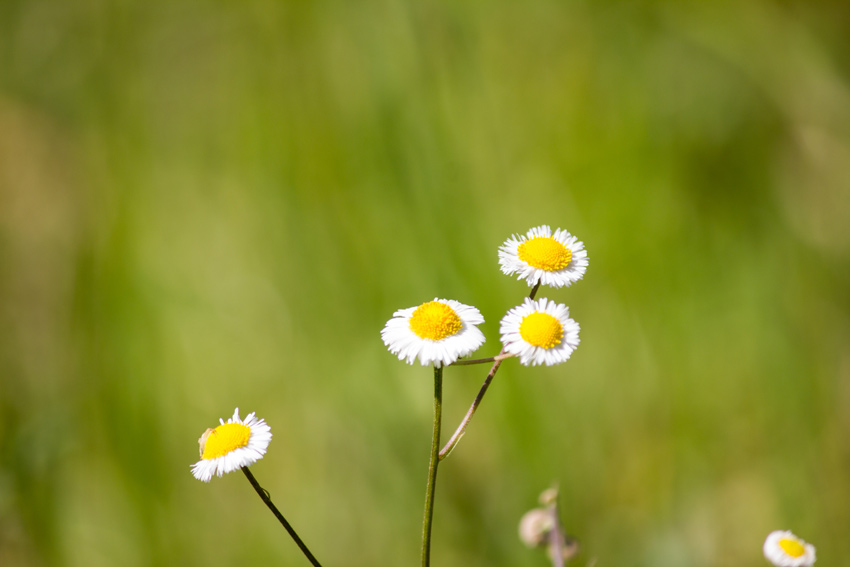 Our current location unknown, we followed the path the cars must have used to get in. There was a house to our right; had we left the park and entered private property? Three dogs lunged toward us barking ferociously, but a chain link fence kept them at bay. We quickly moved along to the dirt road ahead where a small sign alleviated our fears of trespassing or getting shot.

The sign indicated that we had passed through a youth camping area called Hickory Bend. Based on the design of the signage, it was obvious that we had never left the park's boundary. The house, I later learned, is a park ranger's residence. 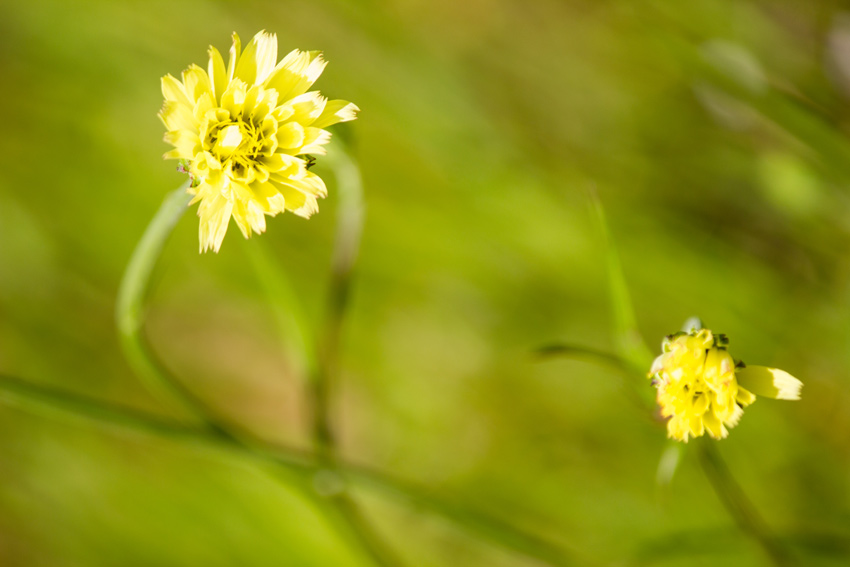 I suspected that the dirt road would lead us to County Road 132 also known as Stagecoach Road, a roadway that begins near the main entrance to the park. Otherwise mapless, I broke down and activated the GPS transceiver on my telephone to test my theory and see just where in the hell we were located. The GPS signal was at full strength but cellular connectivity was near zero, so I wound up looking at a blank, grey screen showing my precise location. A few maps panels did finally download, enough to confirm our position on Twenty-Fourth Street north of Stagecoach Road. 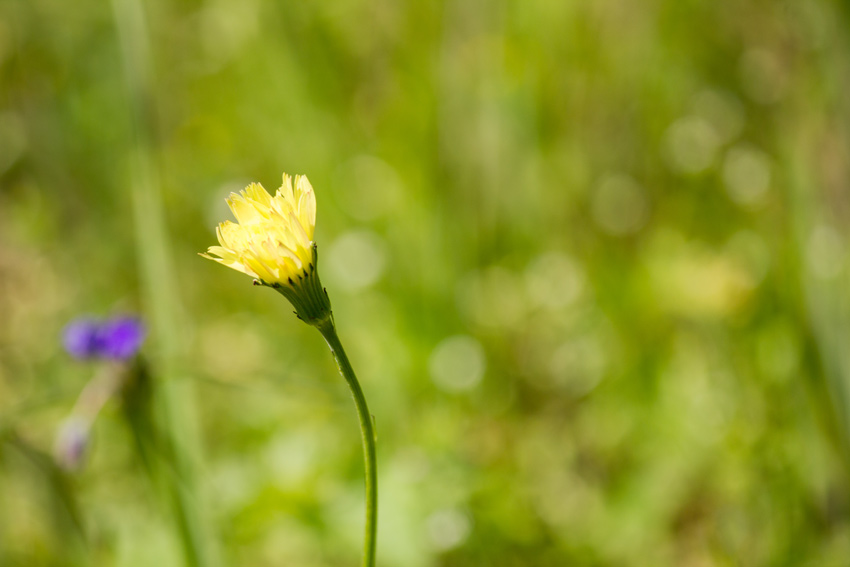 The two-and-a-half mile walk back to the campground along Twenty-Fourth Street, Stagecoach Road and into the park on 201st Path was pleasant enough considering that we are not accustomed to hiking along the side of a roadway like hitchhikers. This unexpected detour did provide us with an opportunity to see and photograph several wildflowers thriving along the roadside. 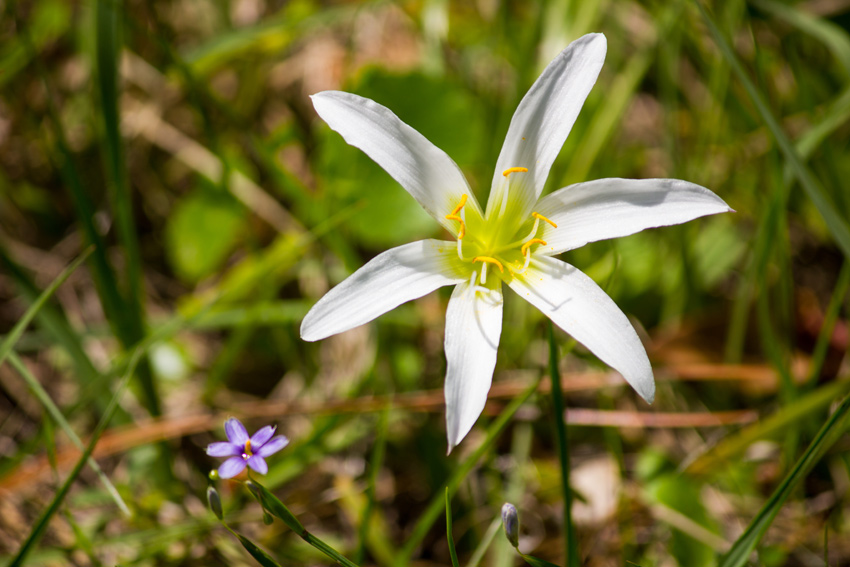 There were bluejacket spiderwort (Tradescantia ohiensis), common dandelion (Taraxacum officinale), hairy Phlox (Phlox amoena), Philadelphia fleabane daisy (Erigeron philadelphicus), rattlesnake weed (Hieracium venosum) and atamasco lily (Zephyranthes atamasca). Many of the flowers were growing in small clusters, but some were off on their own. 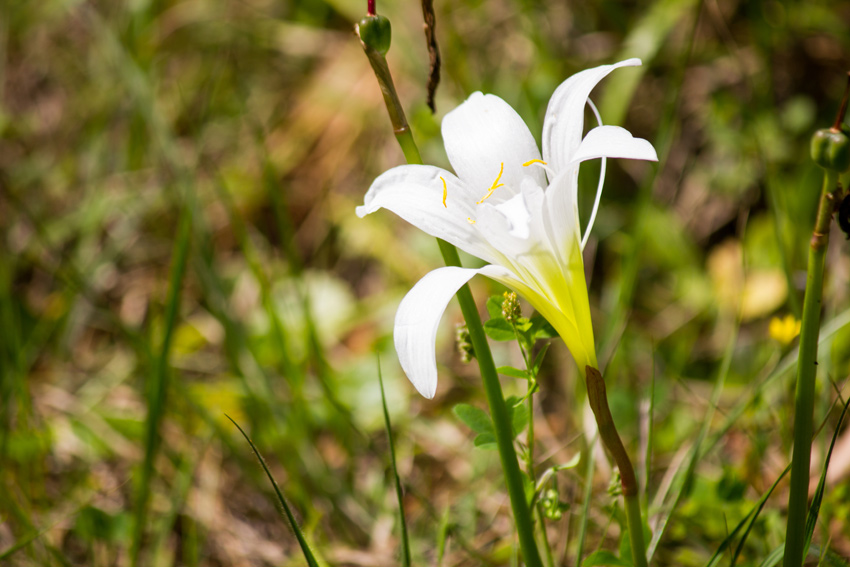 Although I like camping at new parks, we always manage to see or do something different when revisiting our favorites like Suwannee River and O'Leno State Park. This is a good example of that, as unplanned as it may have been.

If you want to learn more about Florida wildflowers, I recommend the following resources that I use to identify species. 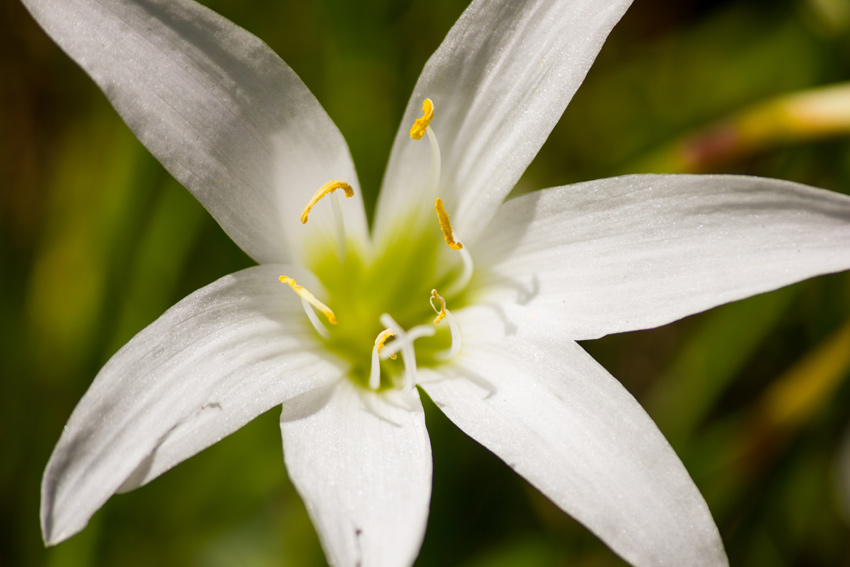 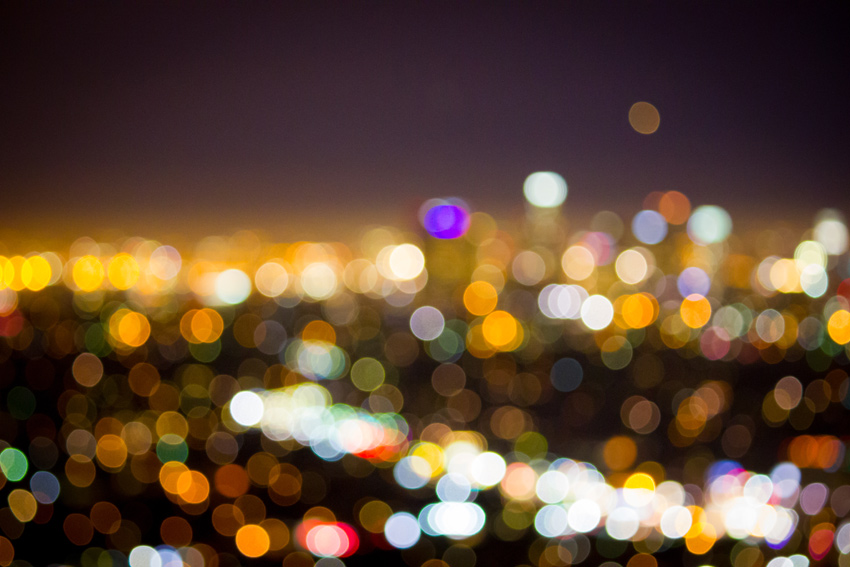 The lights of East Hollywood and Downtown Los Angeles buildings and street lamps from the Griffith Observatory (1935). 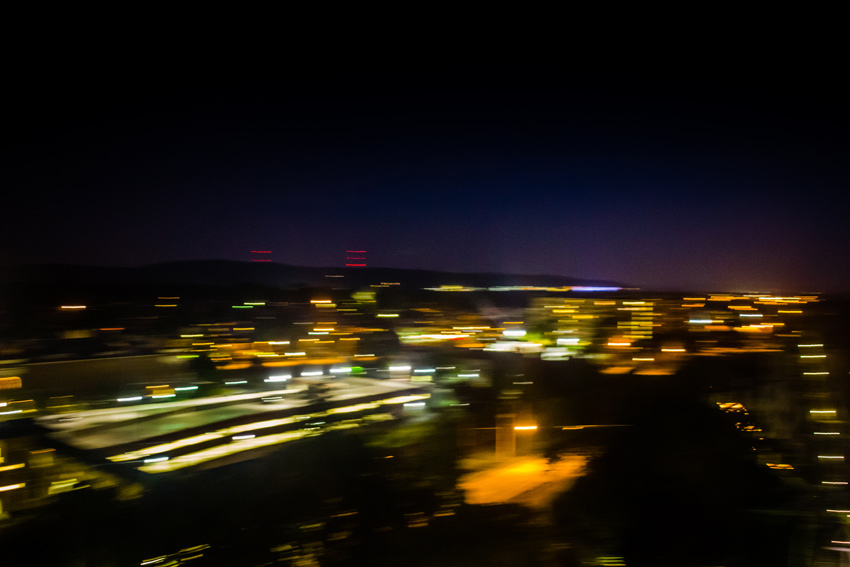 The lights of antenna towers off Sand Hill Road, downtown parking garage at the Hershey Story building and street lamps of Park Boulevard as seen from the 250-foot Kissing Tower (1975) at Hersheypark. 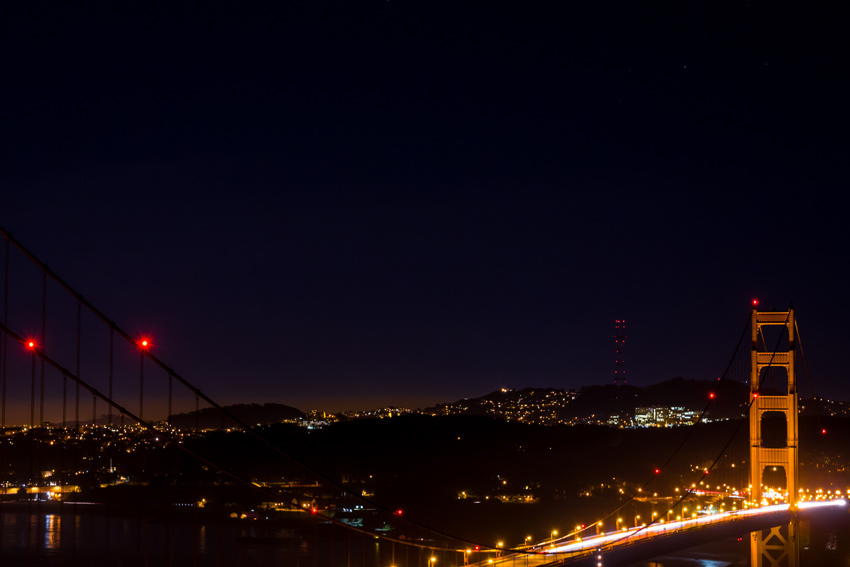 Sutro Tower (1972) beyond the Golden Gate Bridge (1937) from Hendrik Point at Battery Spencer. 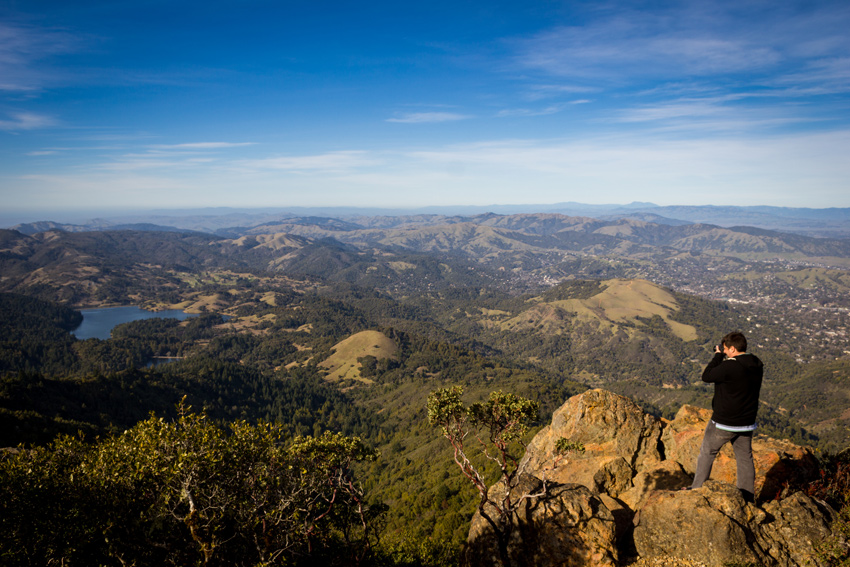 Marc Malonzo photographs the landscape of redwood and oak forests and Bon Tempe Lake reservoir from atop the Mount Tamalpais East Peak summit at the end of the Plank Walk Trail in Mount Tamalpais State Park.

Triptych Two: "Who Watches the Watchers"