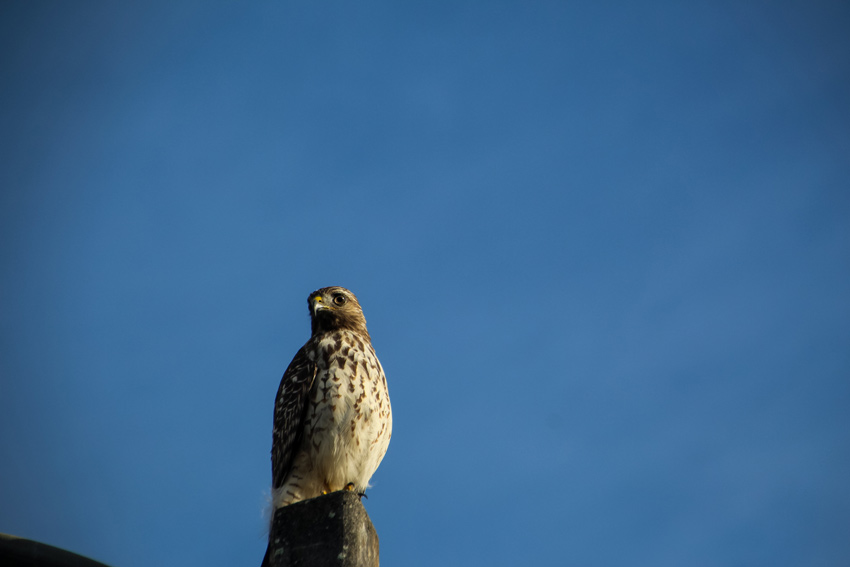 A juvenile red-shouldered hawk (Buteo lineatus) observing the area from atop a light pole within a residential neighborhood in Altamonte Springs, Florida.

part of the Red-Shouldered Hawk album

A young red-shouldered hawk paid a visit to my old neighborhood in Central Florida earlier this week, possibly searching for its next meal in the grasses surrounding homes. Mom spotted the hawk first, alerted me and then fetched her camera. She shot about a dozen frames and then handed the camera to me.

Since she had already gotten good coverage from a short distance, I decided to move even closer to the light pole upon which the hawk was perched. Rotating its head in a rather mechanical way to gaze in different directions, the hawk took note of my presence but seemed rather more concerned with its own business. 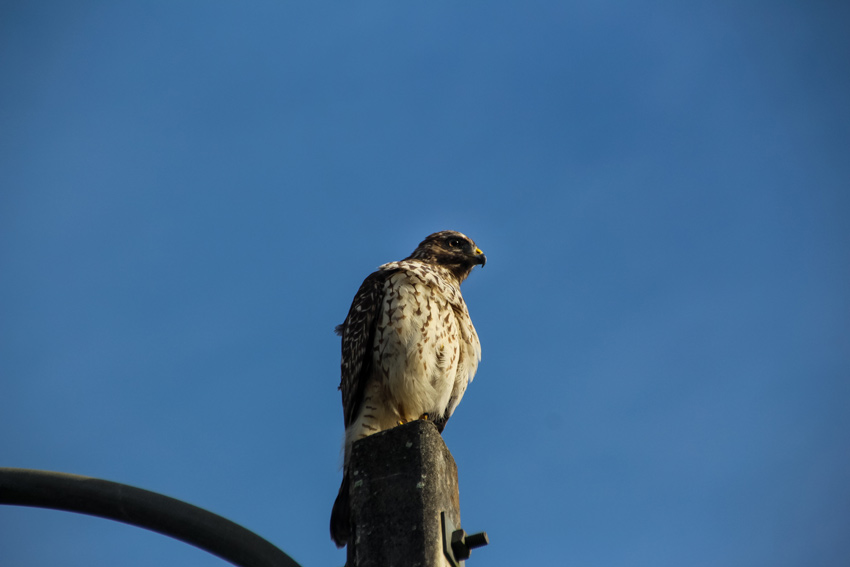 I was able to stand directly beneath the hawk without it fleeing, however our luck ran out after I moved beyond the pole to capture different lighting. Before I could even compose my shot, the hawk decided to fly into a tree across the street. I captured two blurry pictures of the departure, but the hawk is mostly out of frame in each.

My albums are teeming with wildlife photography, typically taken at one of Florida's many wonderful state parks.[1] I cannot however recall an instance of being this close to something less common than a cardinal or raccoon in such a suburban setting. Hawks like this had better watch out though, as Florida now prefers to solve the issue of increasing human-caused animal interactions by allowing the additional hunting of those infringing species.[2] 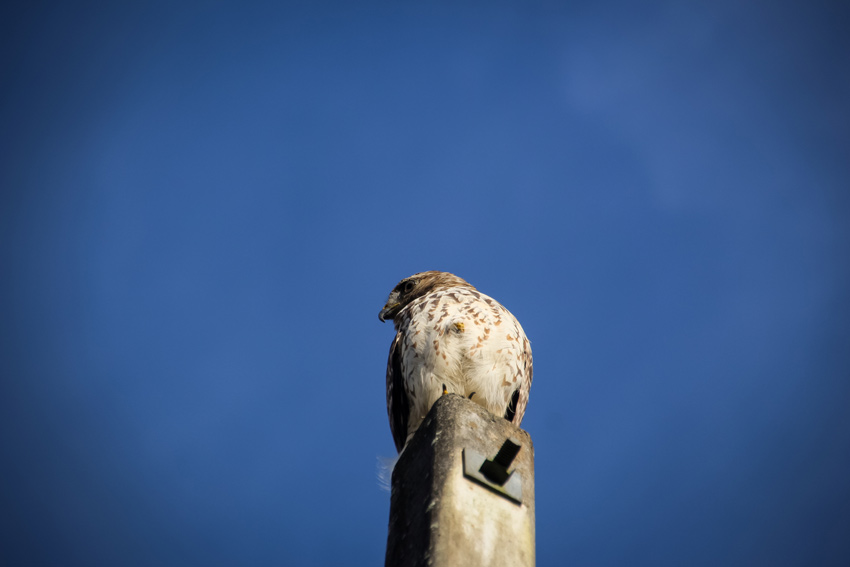