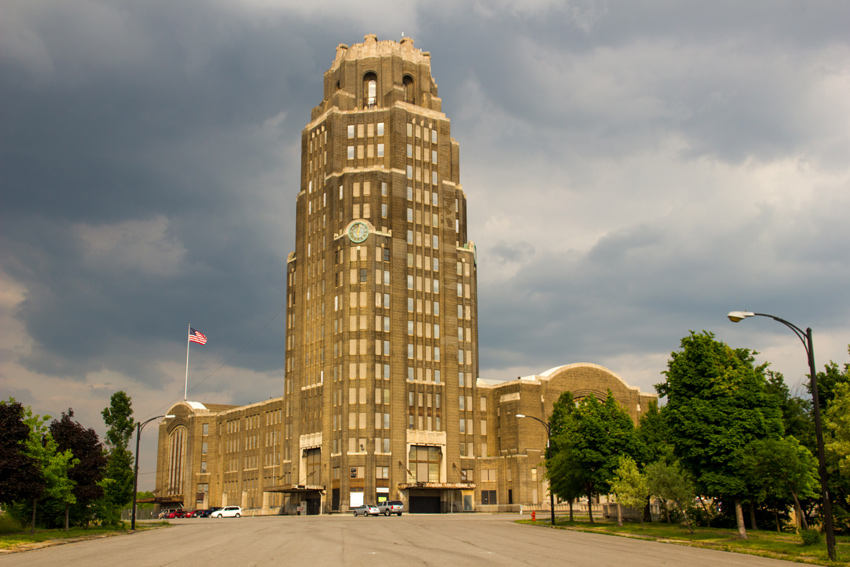 Walking up the eastern terminus of Paderewski Drive on the approach to Buffalo Central Terminal (1929) in Buffalo, New York.

Operating as a passenger train station for fifty years, Buffalo Central Terminal (1929) in Buffalo, New York is a wonderful art deco facility featuring a fifteen-floor octagonal tower and high-ceilinged concourse with marble, tile and arched windows. A local landmark since its inception, the terminal has endured years of disuse, the stripping of its fixtures and damage from trespassers.

Built as a major transportation hub, two decades of prosperity were followed by a rapid decline in the 1950s as automobile and aircraft travel became popular. Buffalo Central Terminal continued operating, however the 1970 bankruptcy of Penn Central Railroad and Amtrak's 1979 decision to bypass caused the terminal's closure.

Unfortunately in 1981, the concourse bridge over the Belt Subdivision railroad lines was demolished to accommodate tall railcars. Later placed on the National Register of Historic Places in 1984, the slow and uphill restoration process of Buffalo Central Terminal did not begin until August 1997 when the property was transferred to Central Terminal Restoration Corporation. 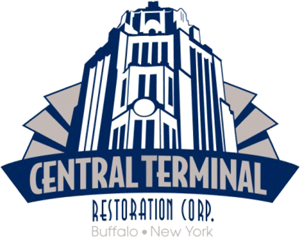 Nearly two decades later, there is still an enormous amount of work to be done. Helping to fund the refurbishments, Central Terminal Restoration Corporation occasionally conducts limited public tours. I was luckily able to take one and although it was briefly mentioned soon after, I have yet to document the awesome experience of visiting Buffalo Central Terminal.

That article is currently in pre-production as I process photographs and conduct research, but my building excitement over a return to that Saturday evening in June 2014 necessitated this teaser in the meantime. For example, imagine my delight at discovering a vintage postcard featuring the same composition as the first photograph I took on the day of my visit.

The postcard (8C-K360) was produced in 1958, printed by Curt Teich and Company utilizing their Curteichcolor (1949) process and distributed by Ernest Gunzburger of Buffalo. The photo was taken from the center of the approach road to the terminal, the eastern terminus of Paderewski Drive — renamed in 1941 to honor Polish pianist Ignacy Jan Paderewski (1860–1941). 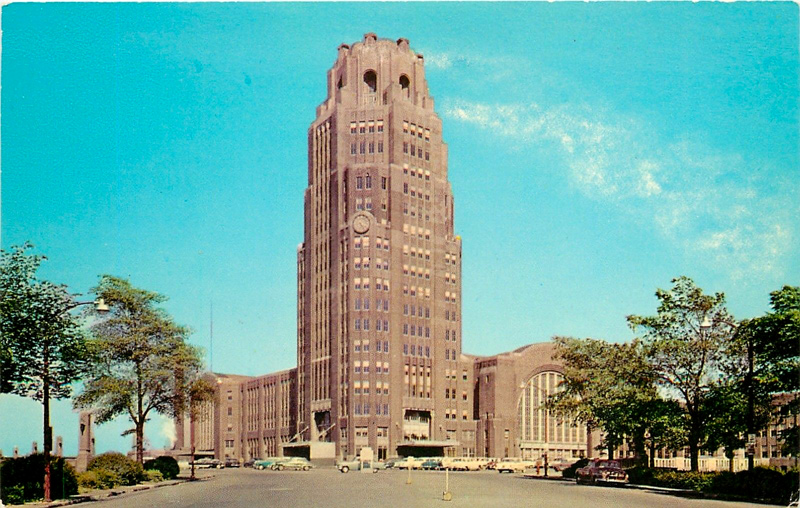 I did find a few other postcards but they have different artwork. Pleased with my postcard photo, I decided to create a triptych by processing it three different ways. The standard version was developed using my normal process. The second is a moodier cut that highlights details and emphasizes the brooding clouds. Finally, the third variant is rendered in black and white. 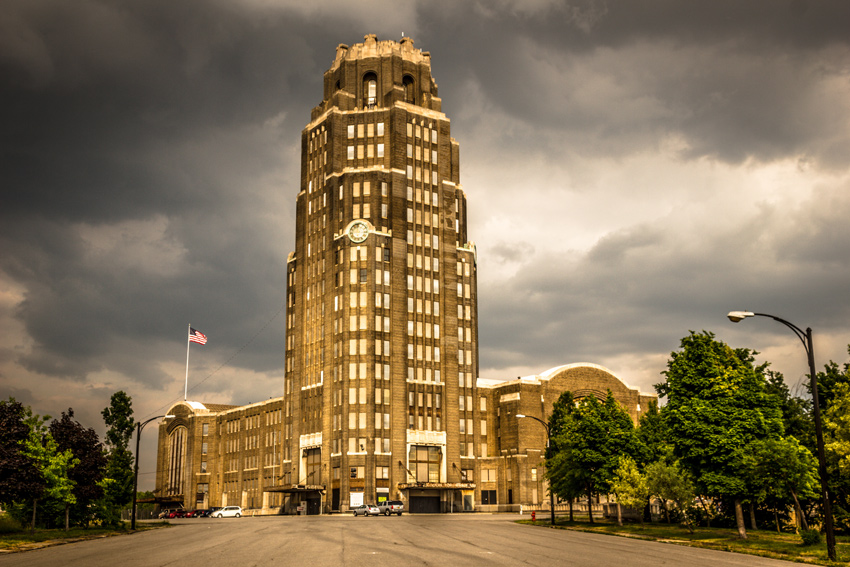 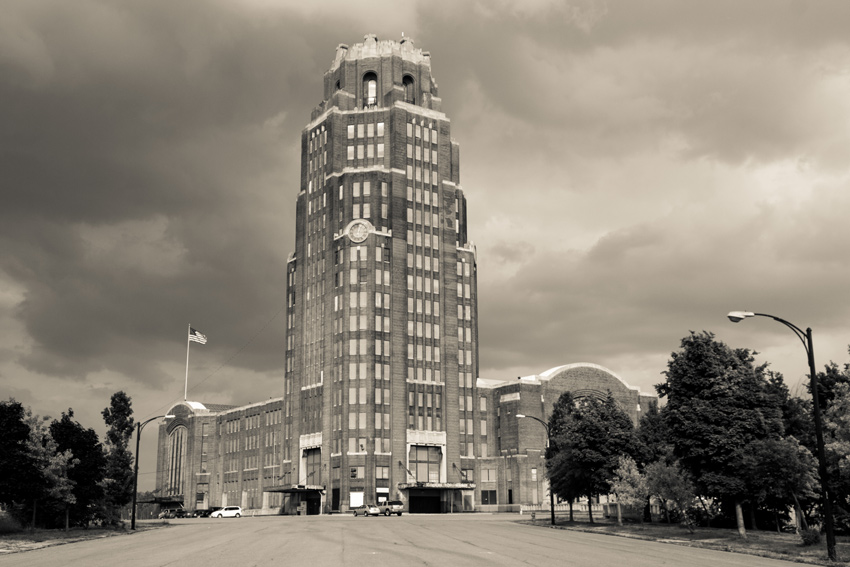