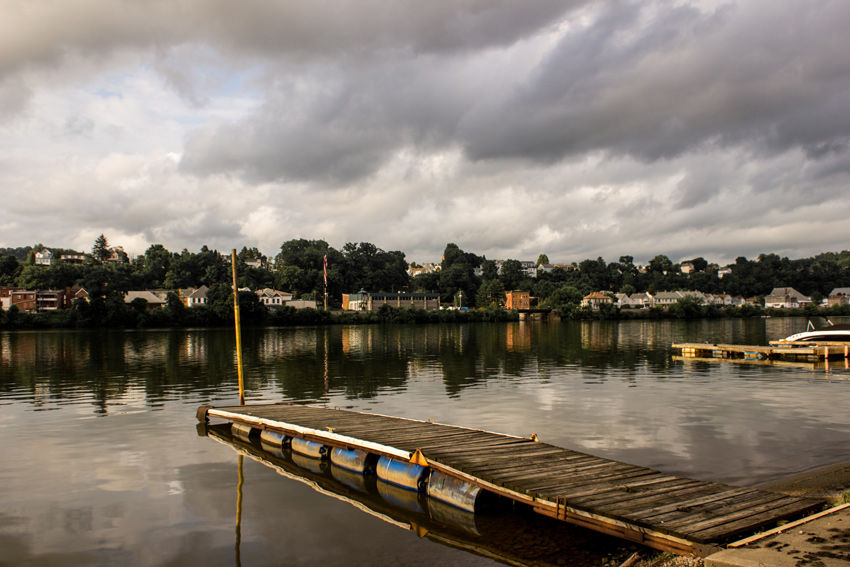 Homes in Belle Vernon across the Monongahela River from the Pennsylvania Fish and Boat Commission Speers Landing access on River Avenue in Speers, Pennsylvania.

Following a day of visiting Wonder Boys filming locations, I am standing in the grass along Pennsylvania Route 51 reflecting on my experience and watching the traffic go by. The passing vehicles kick up rainwater on the pavement while making the characteristic accompanying whoosh sound. The humidity is probably in the seventy percent range, but it feels higher.

Ready to carry on, I decide to purchase a drink inside the bfs convenience store, one of the businesses now occupying the site where the Belle Vernon Howard Johnson's once stood (1963–1999). One last look and then I am off, driving westbound on Interstate 70. My destination is the Speers Street Grill, about seven miles away in the small borough of Speers. 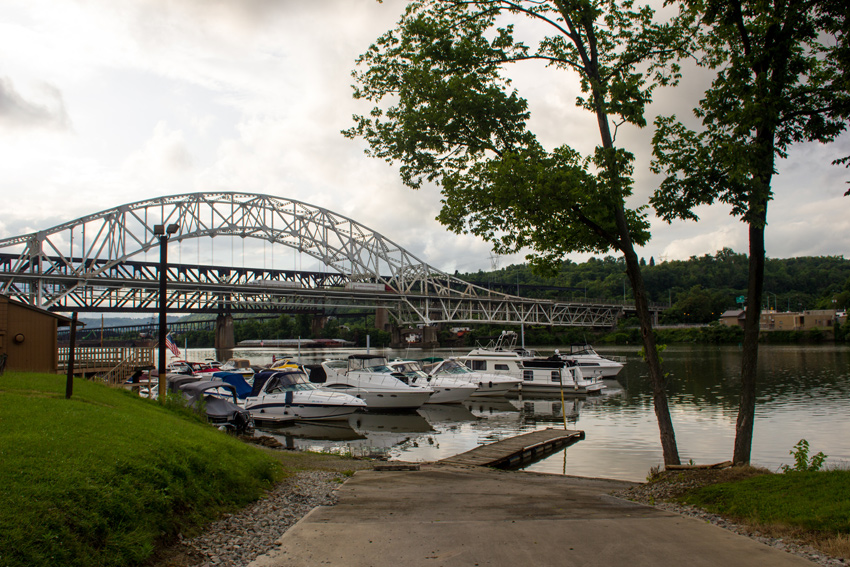 After exiting onto Pennsylvania Street, I turn left on State Street following the sign to Lower Speers and the ten local businesses there along the shore of the Monongahela River. After turning right onto Speer Street, I spot a sign about restaurant parking and pull into a gravel lot on the right. Walking up to the entrance, another sign tips me off to the fact that I am actually at The Back Porch Restaurant and not the Speers Street Grill.

The Back Porch Restaurant occupies a house first built by Henry Speers, Junior in 1806 on land that he purchased as the "Speers Intent" in 1785. Following Speers' death in 1840, the home was passed down through his descendants until being sold and subsequently abandoned for many years. During the time of the American Civil War, the home is said to have been used as a stop on the Underground Railroad. The home was later acquired in 1972 by Joseph Pappalardo, who conducted a major renovation before opening the restaurant on Friday, 14 February 1975. 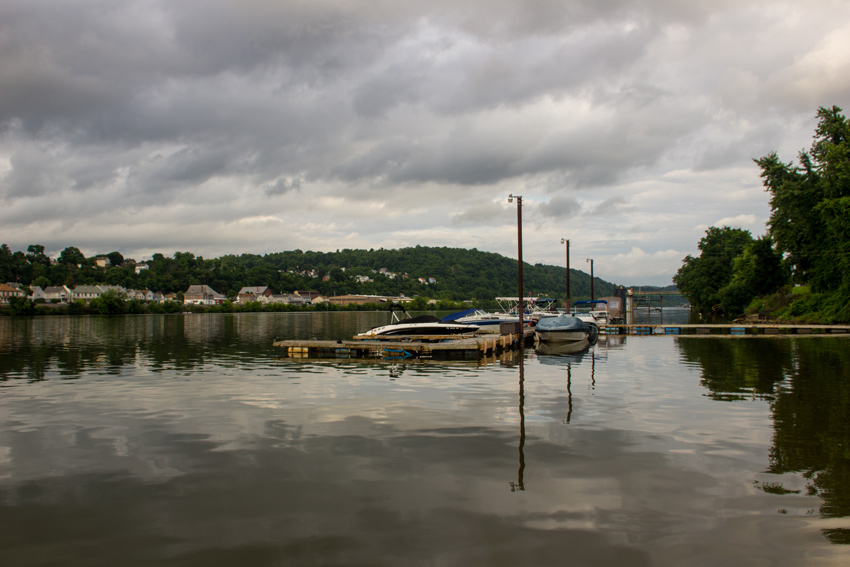 Walking inside to the hostess, it is obvious that you are in the home's central corridor connecting the exterior doors, first floor rooms and stairway. It is a very neat place but I decide that I would prefer the namesake back porch, which as a bonus is currently empty. The porch is surrounded by plants and although you cannot really see it, the Monongahela River is not far away.

I am seated in a corner table and, with the help of an excellent server, proceed to have a most delicious and satisfying meal. I start with a bowl of Lobster Bisque served with a very clever lobster-shaped cracker. My main course is the Oscar Filet Mignon medium-rare with jumbo lump crab meat, asparagus and Béarnaise sauce. To drink, I enjoy a beer called Mischievous Brown by Helltown Brewing of nearby Mount Pleasant, Pennsylvania. 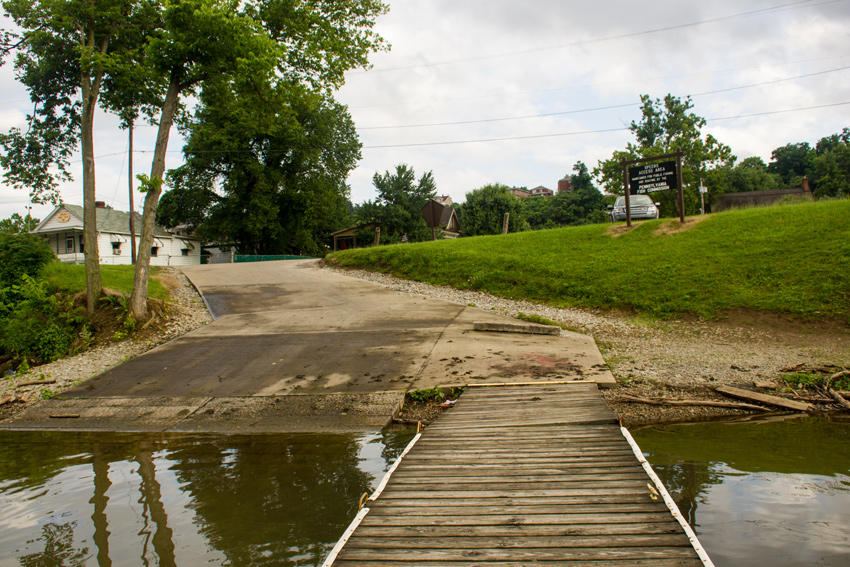 Besides being close to my last Wonder Boys location, I wanted to dine in Speers because of my secondary mission — to drive along the Monongahela River north to Pittsburgh. The most direct route is about thirty miles or just under one hour of travel time. My route, winding along the length of the river, was a bit longer at about forty-five miles or one-and-a-half hours of driving. From Pittsburgh, I would get onto Interstate 279 and then Interstate 79 for the rest of the one-hundred mile return trip.

There would be no time for photography along the way due to the sun's schedule as well as my own, so before leaving the area I decide to head over to the shore to photograph the river. I find an excellent spot to do this at the Pennsylvania Fish and Boat Commission's Speers Landing access point, conveniently located next to Smitty's Marina on River Avenue. 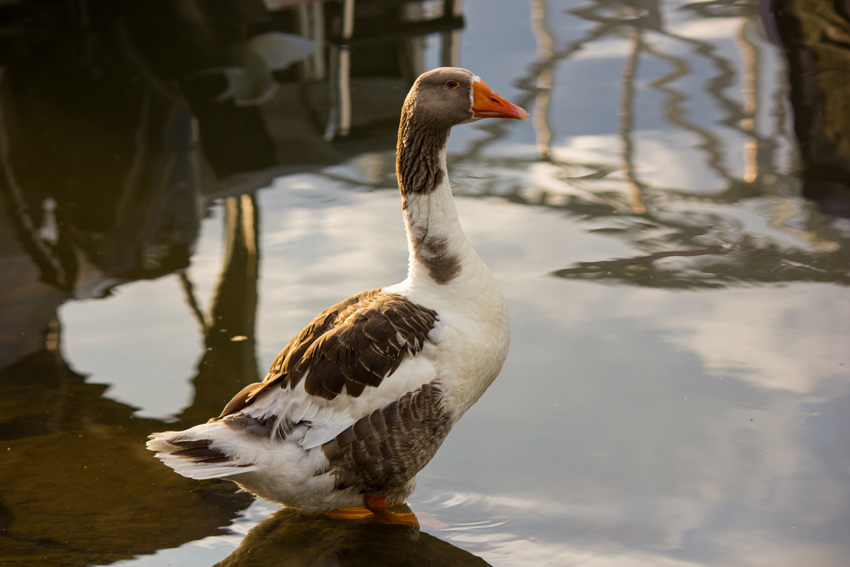 I take some pictures of the river, boats and the Belle Vernon Bridge (1951) carrying Interstate 70 over the Monongahela before noticing that I am being watched. Standing on rocks in the shallows between Smitty's and the Speers Landing is what I believe to be a Domestic Greylag Goose (Anser anser). It checked me out while sitting there but did not seem to mind my presence.

After about ten minutes, I leave the goose and Speers behind to embark on my river cruise of sorts. The journey is uneventful and the traffic light, allowing me to look around as I drive through small town after small town along the river. Some towns are near still-open factories and are apparently doing well, while others are showing few signs of life or commercial activity. My only wish is that I would have had the time to stop in these towns and document their states. 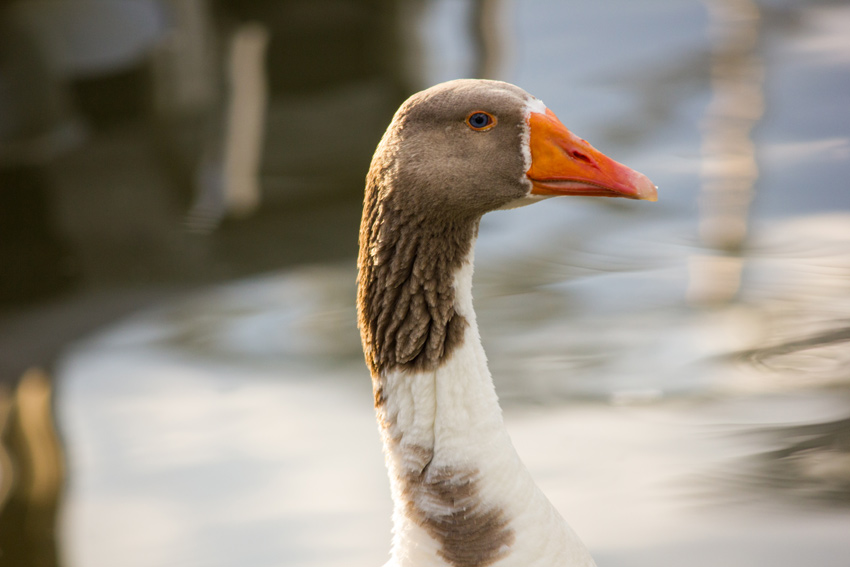 I pass through Monessen, Donora, Monongahela, Elrama, West Elizabeth, Clairton, Dravosburg and West Mifflin, pulling over in the circular eastern terminus of Grant Avenue in Duquesne to make a telephone call. From there, I continue along the river before eventually transitioning to the interstate in Pittsburgh.

Darkness now surrounds the travelers of Interstate 79 like myself. Having escaped the confines of the city, a large number of fireflies are now unfortunately impacting my windshield and leaving behind streaks of glowing bioluminescent material. With an hour yet to go, I get off at Exit 99 and visit the Pilot truck stop in Portersville. There is another moment of reflection while waiting for the pump, having purchased fuel in the same spot that morning.

Back on the road again, I spot white-tailed deer foraging alongside the highway in the rural expanses between Zelienople, Grove City and Meadville. I will be in Harmonsburg around 2330 and sneak a quick look at my pictures from the day before going to sleep. The following day we will drive to Allegany State Park in Salamanca, New York where I will, for a few days at least, get to explore my childhood memories of camping there. 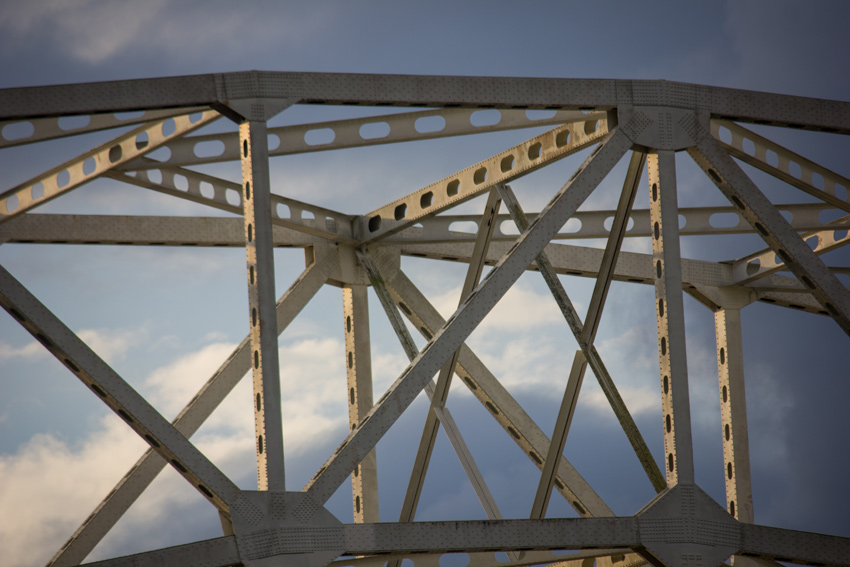