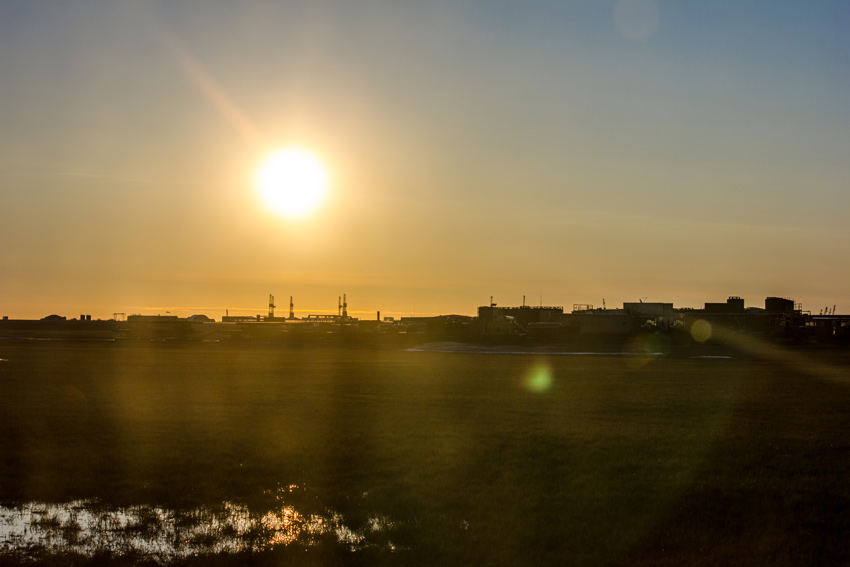 Northern view of the midnight sun over Prudhoe Bay, oil rigs and the Caribou Construction Camp from the window of Deadhorse Camp Room 47.

part of the Alaska 2017: Prudhoe Bay and Deadhorse album

Despite the long day it had been driving north from Wiseman to Prudhoe Bay, I found my mind racing and unable to yield to sleep as I lay in one of the beds of Deadhorse Camp Room 43. Surprisingly enough, there was 3G cellular service so I scrolled through my many unread emails and read a few headlines. My insomnia was not, as you might think, related to the bright sunlight beaming into my room after midnight.

It was never night during my visit to Alaska, but I had no trouble sleeping in those conditions. Technically, the sun did set in the interior and southern parts of the state I visited, but most of those sunsets occurred after midnight with the sunrise only a few hours later. For example on Friday, 23 June 2017, the day I began my Dalton Highway adventure, the official sunset in Fairbanks was at 0047 followed by a sunrise at 0259. I could never tell the difference since the sky never darkens, only becoming a kind of perpetual light dusk.

North of the Arctic Circle in the summertime, there are no such technicalities in the way to confuse. Wanting to make the most of being awake, I decided that I should document the midnight sun and later amaze my friends with the timestamp (0151). Unfortunately, the western view from my room did not face the sun but this was irrelevant since parked trailers obscured the window. Not wishing to get dressed and go outside, I instead walked through the corridor to find an unoccupied room, easily identifiable by their wide-open doors.

As I walked into the adjoining section, it was easy to see that Room 47 was going to offer the requisite view since its open door allowed the bright sunlight to pour into the quiet corridor. The window offered a view in the correct direction yet was rather dirty. I nevertheless did my best to take several shots of the sun hovering in the skies over Prudhoe Bay shortly before two in the morning. 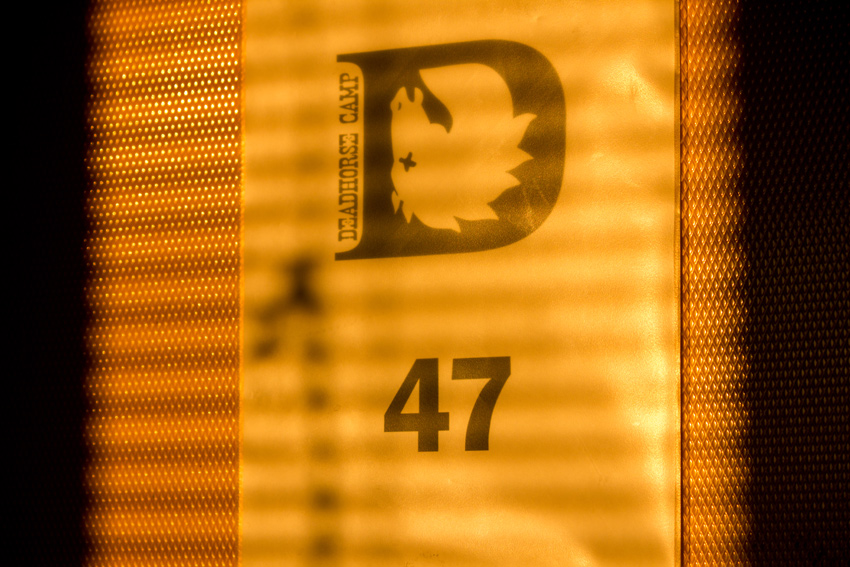 David July
"The Land Of The Midnight Sun" https://mtsutro.org?p=1227