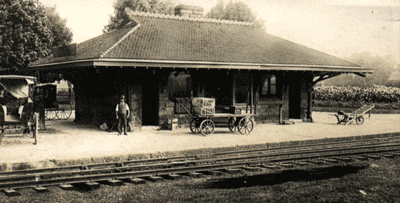 Despite the continual rain while walking around Downtown Disney and waiting in line for entry to the House of Blues, the Train concert was, for lack of better verbiage, fucking awesome. The opening act, Blue Merle, who I had never heard of before was actually good. Their music was an interesting, but well-defined combination of various music styles including rock, bluegrass and jazz using mandolin, acoustic guitar, fiddle, stand-up bass and drums. I would have let the mandolin player strum my strings, but anyway, I digress.

Train puts on a very high energy, potent performance that not only commands the attention of the audience, but also demands it. Front man Pat Monahan belts out his thought provoking lyrics with an amazing voice, coupled with his reserved, yet subtly flamboyant stage presence and hint of sexuality. The play list included a great variety of songs from their first self-titled album, award winning and map-placing sophomore Drops of Jupiter and their latest offering, My Private Nation. Just as the energetic performance reached a peak following powerful renderings from Nation and singles such as "Respect," "Calling All Angels," "Meet Virginia," "Drops of Jupiter" plus a crowd-pleasing cover of "Whole Lotta Love" by Led Zeppelin, the band left the stage begging the question of what the encore had in store for us. After returning to the stage with the crowd wildly applauding, stomping and screaming, Train erupted back into playing with another classic rock idol, Aerosmith's sixties anthem and personal favourite of mine, "Dream On." As they wrapped up the encore, I wondered what could possible follow such an energetic feat, one that nearly brought the house down. It turned out to be my favourite Train song, "Hopeless" from the Jupiter album and originally featured on their non-label independent release, One and a Half. I had not planned on hearing this ballad during the show due to its never having been a single and its placement on older albums, but it turned out to be their second encore only to be followed by the concluding and self-described "favourite" of the band themselves, "Your Every Color," from Nation.
"Chattanooga, eat your heart out" https://mtsutro.org?p=171