I am going to be swapping out my hard drive and replacing it over the next day or two. I will continue to monitor my e-mail and web server but any urgent matters should be directed to my mobile. I am hoping to be finished this evening, but I know from experience that formatting is often never routine.
1 Comment https://mtsutro.org?p=101
So President Bush skipped out on his military duty?
Oh, he did not? 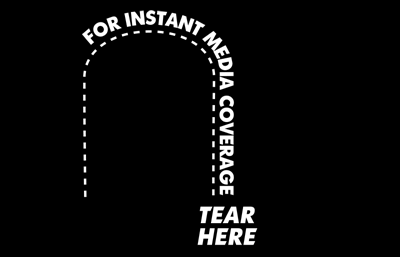 If I had breasts I think I would have to purchase the above.
3 Comments https://mtsutro.org?p=103
It did not take the referrer spammers much time at all to adjust their message accordingly. I just found these two entries:

Even more amusing is the local store that adjusted their marquee to comment on the boob incident and also stocked some nipple jewelry that looked like the actual one Jackson was wearing during her spectacle.
0 Comments https://mtsutro.org?p=104

I have been pretty uninterested in all things computer for the last several weeks. I have a lot of ideas of things I would like to write and post here, but the motivation for all that has been greatly lacking. Now that my birthday is out of the way I really have no further excuses for delaying getting the things done that I have wanted or needed to complete for a while. Most of them have nothing to with online matters, but some do and I really need to prioritise things and figure out what direction I am going to take with a few items: professionally, educationally, personally and pertaining to online.

I wrote not too long ago about how I was really starting to get into a groove and was just generally happy. Well like most of the things in my life that operate similar to the waves of the ocean, that was a high point that could only be followed by one just as intense, equal and opposite. I have concluded that this is simply how I operate. Maybe drugs would help this but I really do not trust the doctors who prescribe them nor do I feel like pouring money down that particular drain. I simply need to man-up and take the actions I know or think I need to take in order to change the things I feel need changing.

First, I am seriously considering a personal prohibition on the consumption of alcoholic beverages. I do not think I have a problem or anything as serious as that, but it is really a component I can live without and can only be better for it. Along with that I really need to go out less. I know that one will be harder to accomplish, but the more difficult the journey the better the reward, right? Sounds like a nice theory for now.

What else? Figure out what I want to do with the rest of my life, get a plan going for my financial future, begin making arrangements for my return to school (tentatively planned for early 2005), get a job where I feel like I am making a difference again and that pays what I feel I am worth and get my business in gear a bit to supplement my income. I also need to lose some weight and have a better body image of myself. Less important, I want to recode this site using more current standards and also make some changes as far as content management. The Forum might go, it might not. I think I would like to start writing more editorials and reviews such as those for Copenhagen and Crazy Buffet and expand the section about Sutro Tower and Mount Sutro.

I know a quite a few people who are substantially older than myself and are in similar or worse situations (in general) yet do not even seem to have goals for the future. My trouble has never been having goals or making a plan but actually sticking to it. I get bored with things very easily when it comes to projects, both personal and professional, so when it comes to actually implementing a plan rather than simply planning it I tend to stall or fail altogether.

There is another situation that has been grating at me for many months now but finally reached a point where if I do not do something about it, it will drive me mad. The only step I think I can take with this one will be made this week, despite the fact I would love to stall forever.

I have always been a person who did not believe in regret and found it a waste of time. I cannot help myself these days though. I am constantly looking back and wishing I could either relive certain events to change the present or simply experience a particular time again. I had several dreams last night one of which has stuck with me all day. I was being held by my boyfriend whilst riding a lift. I looked up at him and he smiled back. I felt this enormous relief, comfort and safety in his arms. I know I am still not ready for a relationship with anyone at this point nor do I think I am going to find that person here in Orlando, but I cannot even tell you what I would do to feel with my eyes open what I felt in that dream. Even if just for a moment. It is nothing I have felt before. I am not even sure I deserve to feel that yet, but maybe some day.

It is not self-destructive but I long ago started preparing myself to be alone in my life. I am still prepared to accept this possible fate and it is not like there at that many quality people out there anyway. I am probably not the easiest person to live either. The only thing that makes me stop is when I see old people by themselves and lonely. It makes me so sad I nearly breakdown. I was eating at Piccadilly Restaurant recently and was so saddened watching some of the couples eating there but at the same time very happy to see them growing old together. I volunteered a few years for Meals On Wheels delivering food for lonely elderly people on or near Christmas. I had to stop doing it because I could not handle it emotionally. I know my being there helped them tremendously but I just could not do it anymore. Pretty fucking selfish if you ask me.

I really hate to go on and on this much about myself, but I figured my three visitors were probably tired of looking at that cow so I had better write something, even it amounts to mostly bitching about myself.

Better things to come soon, such as the following upcoming events.