After completing a routine read-through of my bookmarks, I moved on to Wikipedia in search of a few topics I had read about and found interesting earlier. I am not entirely sure of the six degrees of separation involved, but I eventually found myself reading about the music industry.

After a few more hops, I came upon an Associated Press article from 09 July 2006. It stated that music album sales in the United States were down 4.2 percent (12 million albums) in the first half of 2006, while online music sales surged 77 percent during the same period.

Those are some interesting figures, considering we are regularly told that free (illegal) file sharing mediums are negatively impacting album sales. I would like to know if those unsold 12 million albums were actually purchased in the form of the 281 million singles or the 14 million full-length albums downloaded.

Regardless, the article's prominent header graphic—as inserted by the publisher, canada.com, where I happened to be reading the above—was the soundtrack album cover for the Disney Channel movie High School Musical. In a one sentence mention it is said this album was the best selling so far this year, pushing 2.6 million copies.

Back at Wikipedia, I browsed the page about this soundtrack whose music was apparently quite popular. At a glance, it appears to be exactly as you would expect: pop fluff for kids.

The "Mainstream success" segment of the page detailed music chart histories, online sales figures and other statistics. From these tables of data it popped out at me like a familiar stranger does, walking toward then past.

Listed as singer on multiple tracks was Andrew Seeley. It seemed possible that the person that popped into my mind could be one and the same. I searched for the name and in doing so discovered my original inclination was correct.

Many of the details are long washed away, but I remember when Andrew Seeley started at Lake Brantley High School. He made himself popularly known through his thespian performances and general sociality. I knew him mostly due to the close relationship between the Drama and Band departments, the latter of which I partook.

It was amusing to watch a pack of giddy sixteen year old girls frothing as the so-called hot newbie from Canada passed in the corridor. From our limited interaction, he seemed like a nice enough guy filled with motivation and budding talent. And a nice smile, as I recall. 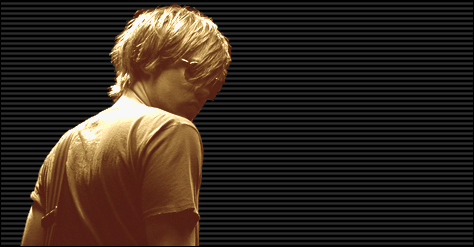 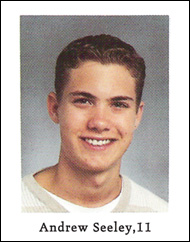 It seems the exhibitions I witnessed were indeed a prelude to more, as he has done some Hollywood acting, released original music, performed a live tour and played a hand in several other ventures, including the disc that indirectly brought these memories to the surface.

I found it interesting to note that of the cited Lake Brantley performances in Andrew's IMDb biography—Into the Woods, Gypsy, Once Upon A Mattress, The Miracle Worker and The Merchant of Venice—I remember having seen them all. Not due to a secret love for stage shows, mind you, but in doing sound booth work and the support of my friends, both on stage and in the pit.

I suppose if someone can go from one red paperclip to a house in fourteen trades, I should not be shocked to randomly stumble upon someone I once knew, if only barely. I do find it refreshing to learn that some people are doing what they want, what they have wanted to do from an early age, and are succeeding.