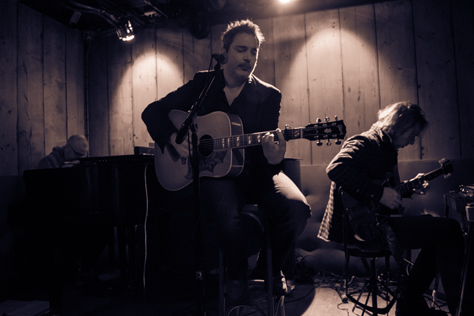 Blow Up Hollywood featuring Steve Messina with Harvey Jones and Thad Debrock during the sound check on Stage 3 at the Rockwood Music Hall in New York City before the premiere show in the "Blue Sky Blond" album tour. 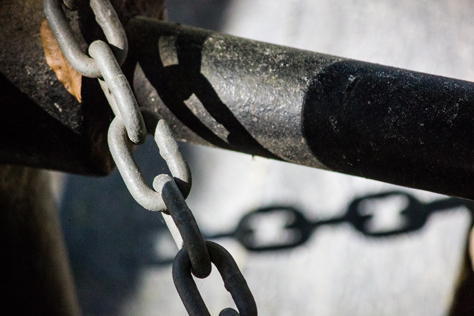 A metal chain on a grist watermill component from the Town of Leno (1840–1896) on display in the Grist Mill Pavilion at O'Leno State Park. 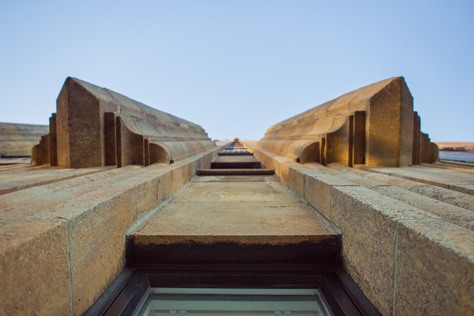 An amazing example of art deco design, I make a point to visit 55 Central Park West anytime I find myself in New York City. Designed by the architectural firm of Schwartz and Gross and built in 1929, the building is best known for its appearance in the 1984 film Ghostbusters. 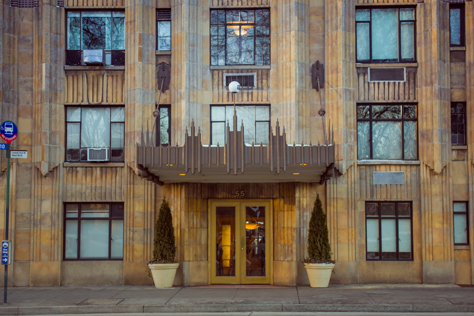 Unlike the enhanced Hollywood version of the building in the film, 55 Central Park West is a nineteen-floor housing cooperative featuring a duplex penthouse with incredible views and a rooftop water tank enclosed in a decorative tower. 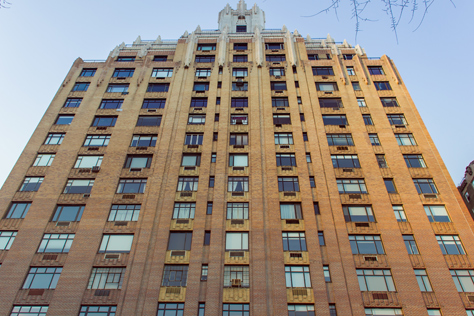 The building is noted for the gradient color scheme in the brick facade as well as being the first completely art deco structure on the street. It is part of the Central Park West Historic District and was added to the National Register of Historic Places on 09 November 1982. 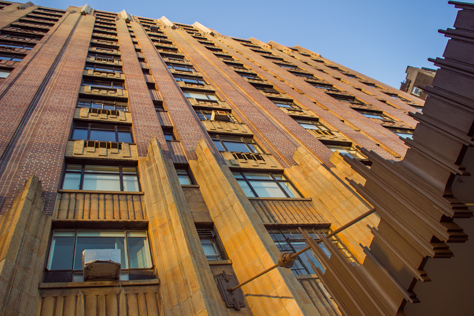 My favorite detail is how the designs on the portico marquee match the rest of the building, creating a logo-like mark that seems to represent the building and its overall form. 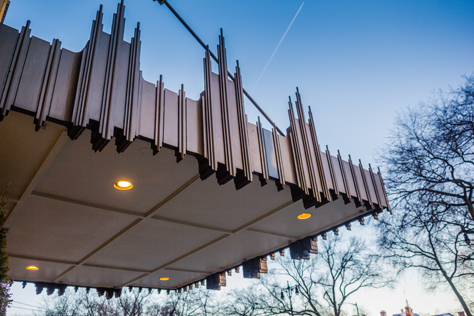 There was scaffolding up or other work being done on most if not all of my prior visits, so I was very pleased to discover the building in its pure form and without any shroud obscuring the detail and view. 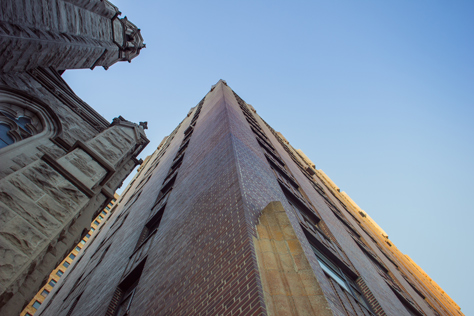 I spent about fifteen minutes looking at the building and taking my photographs. At one point, a woman walking downtown stopped and mentioned to me how much she loves the building. 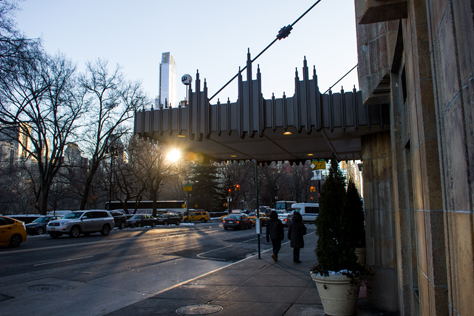 Despite the cold, I was surprised how few people were walking around Central Park West. On the other hand, my walk though Central Park after this was itself abbreviated. 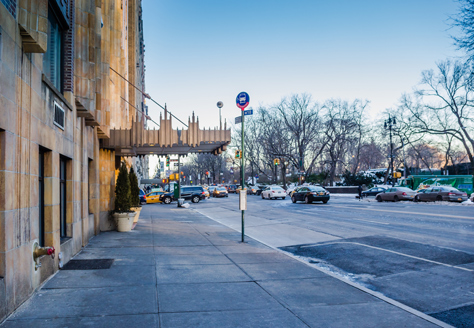 When my mother first took me here as a child in the mid-1980s, the nice doorman was happy to entertain my Ghostbusters questions and let me take a look inside the lobby. Having had that experience and it being 19° out, I decided not to bother the current staff and simply waved politely. 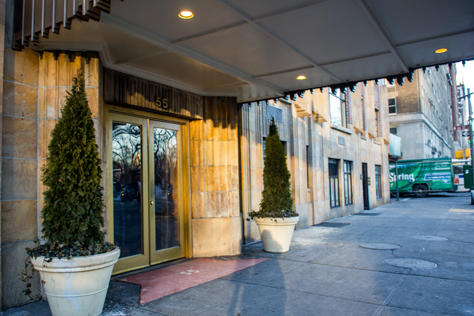 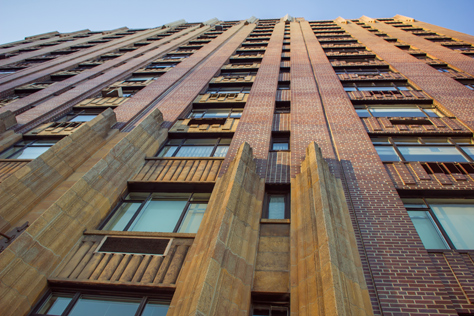 Sharing the block to the south is the Holy Trinity Lutheran Church (1904). Originally founded in 1868, the church relocated here from West 21st Street for more space. In Ghostbusters lore, the Stay Puft Marshmellow Man destroys the church while attacking the protagonists prompting Bill Murray's memorable line as Dr. Peter Venkman: "Nobody steps on a church in my town!" 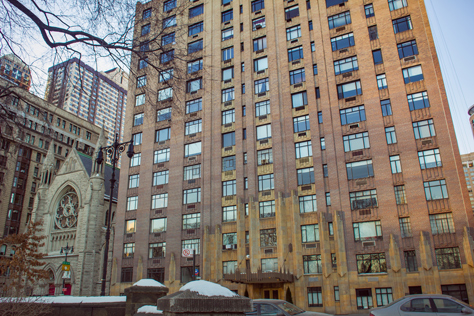 It was already getting dark by time I arrived, unfortunately preventing the shaded bricks from really showing off. As I still had two quick stops to make before dinner with a friend nineteen blocks uptown, I crossed back to the Central Park side of the street and was on my way. 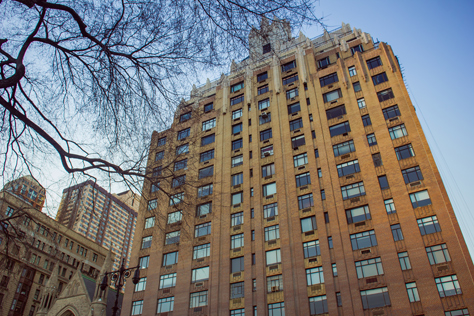 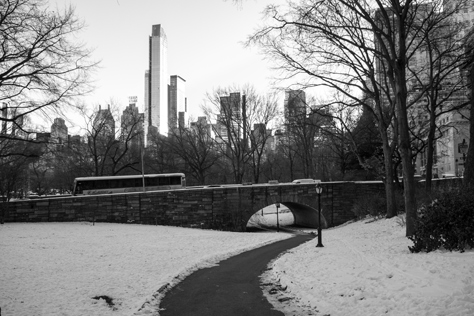 The 65th Street Transverse Road Bridge (1920) at the western edge of Central Park from a pathway near West 66th Street at Central Park West.

part of the Central Park album 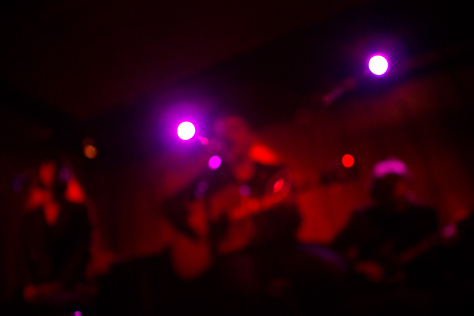