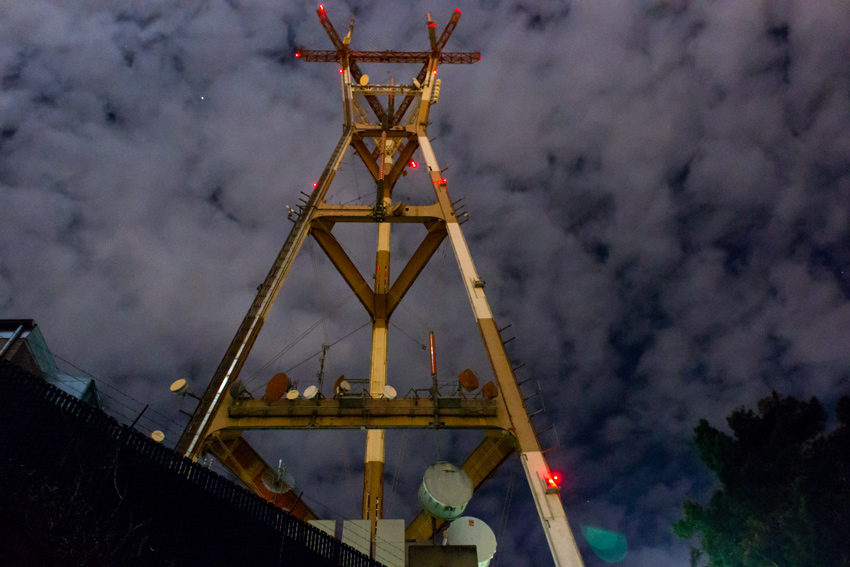 Looking up at Sutro Tower (1972) two days before a full moon from the path around Summit Reservoir (1954).

part of the Summit Reservoir album

In the nearly two decades before 2013 when I used shared web hosting services, I could not have imagined using my monthly data transfer allocation. My last shared hosting account came with a quota of eighteen gigabytes. I am now looking back on that with amusement, for my virtual private server transmitted 483% more than that in just fifteen hours earlier this week.

I do not regularly check the statistics for individual sites, instead focusing on the server-wide loads, data transfer and general performance. I was however curious to see the result of having reached out to some friends and contacts by email and Twitter about the new version of sutrotower.org on Sunday, 08 March 2015.

I was a bit surprised and honored to discover that one such contact, journalist Alexis C. Madrigal, included sutrotower.org as one of five items in the Fusion "Real Future" newsletter on Monday, 09 March 2015. Indeed, I just now noticed that one of my photographs is also featured in the header image of that newsletter.

With the resultant surge in traffic over a few days, I was pleased that my work had paid off. Beyond the piece in Fusion, I was also amused to see that SomaFM founder Rusty Hodge posted links on Twitter and Facebook, while another post on Twitter turned out to be from the chief information officer for Red Hat. This server runs CentOS, a distriubution of Red Hat Enterprise Linux.

Checking on things after work on Tuesday, 10 March 2015, I figured that was that. Those most interested had gotten their Sutro Tower fix and, although I never really think of such things, the content had reached a broader audience. 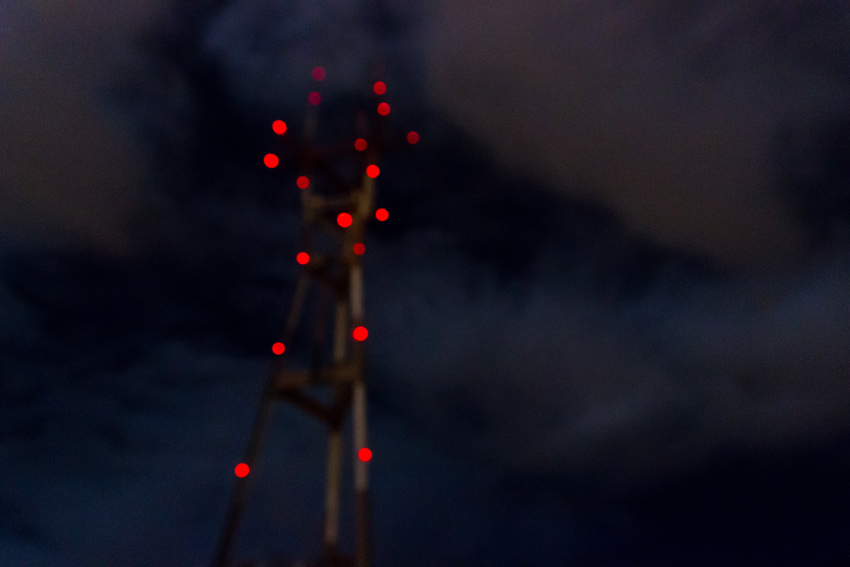 The following evening, I was performing some routine server maintenance when the load monitor at the top of the screen caught my attention. The one, five and fifteen minute load averages were all showing figures above one, which although still low is unusually high for my system, except when recompiling Apache or something similar. Investigating further, I discovered that there was also a spike in network traffic. Apparently, that was not that after all.

The source turned out to be a post made to Hacker News, a social links site not dissimilar from Reddit. I am not familiar with it, but it seems to be rather popular. Over the course of about fifteen hours, sutrotower.org transferred twice as much data than my entire server and all its hosted websites did during the six month period from September 2014 to February 2015. That is about 105 gigabytes and fifty-two gigabytes, respectively.

It is important to note that the new design's larger photographs are of course larger in file size, thus more data is transferred per visit than before. However, it was the approximately 20,000 visitors that came to sutrotower.org via Hacker News and its seemingly endless network of volunteer redistributors that provided the resultant spike.

In the end, I am really glad that this happened after my effort to improve overall site efficiency. The events of this week would rank as low when compared to the once-infamous Slashdot effect, but I am not sure how my old code would have handled the sudden influx of requests generated.

Actually, I am fairly certain it would not have performed very well at all.