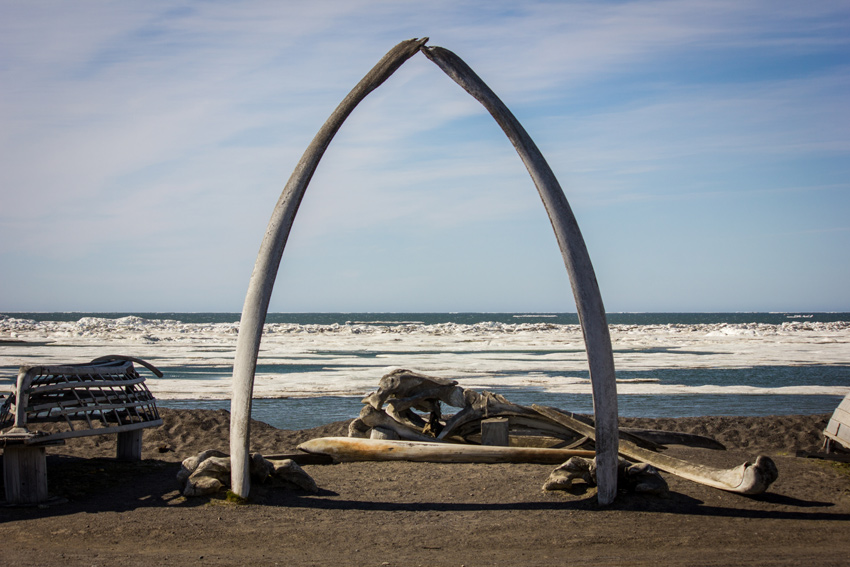 The Utqiaġvik bowhead whale (Balaena mysticetus) jaw bone arch along with other whale bones and the wooden frame of an umiak, an Iñupiat seal skin whaling boat, along the shore of the icy Chukchi Sea, Arctic Ocean.

part of the Alaska 2017: Utqiaġvik album

"Why are you going to Barrow," asked the oil field worker seated next to me.

We were on a flight from Anchorage to Prudhoe Bay (Deadhorse), the second segment of my journey from Fairbanks to Utqiaġvik, the northernmost United States city and eleventh northernmost public community in the world. Previously called Barrow, a narrow election (381 yea to 375 nay) on Tuesday, 04 October 2016 resulted in the name change to Utqiaġvik, taking effect on Thursday, 01 December 2016.

"Because I have never been there," I replied. "I came all the way to Alaska, why not go to the top of the world?"

My visit to Utqiaġvik (pronounced oot–kay-ahg–vik) would be a brief one, clocking in at about twenty-four hours. During that time, I wanted to see and learn as much as possible about this remote community of 4,212 (2010). The Iñupiat, an indigenous Inuit people, have lived in this area since around 500 AD and Alaska Natives account for 61.2 percent of Utqiaġvik's population. While some modern advances have changed the society, the native traditions continue to be observed in many ways. 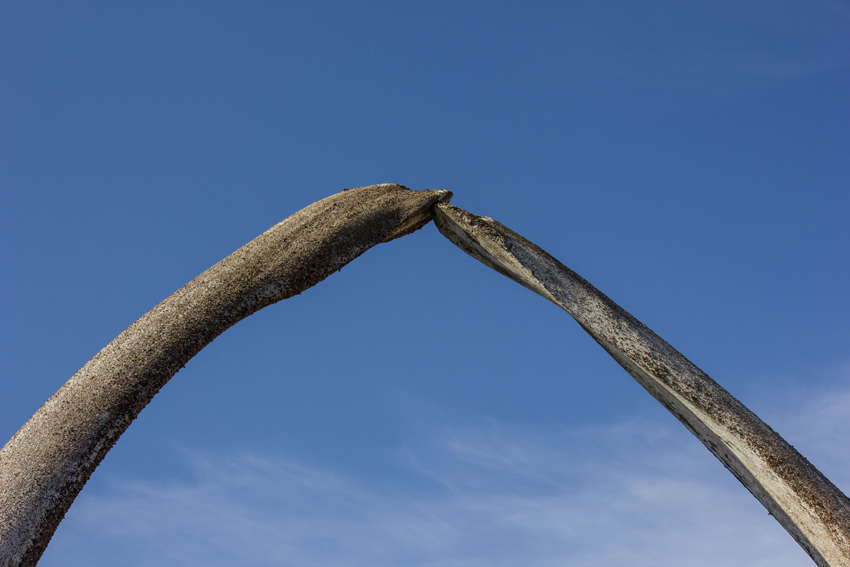 One of those traditions is the whale hunt. Part of the subsistence way of living that is common in the region, the Iñupiat have hunted whales in the waters just offshore for centuries, considering it necessary for survival and a significant spiritual experience. Beyond it being a source of food, the Iñupiat believe in using every part of the whale, the bones often fashioned into tools, personal items, art and jewelry. The whale, like all animals hunted by the Iñupiat, are respected and considered a gift to the village benefiting from their sacrifice. Today, a handful of native villages are still legally permitted a limited number of strikes each season.

Bowhead whale artifacts can be found throughout town, but the most well-known is probably the whale bone arch. Located on the shore of the icy Chukchi Sea, the whale bone arch consists of two jaw bones planted vertically in the ground, forming a wishbone-style monument and gateway to the Arctic Ocean. Sitting nearby are a number of other whale bones, a bowhead skull and the wooden frame of an umiak, an Iñupiat seal skin whaling boat. 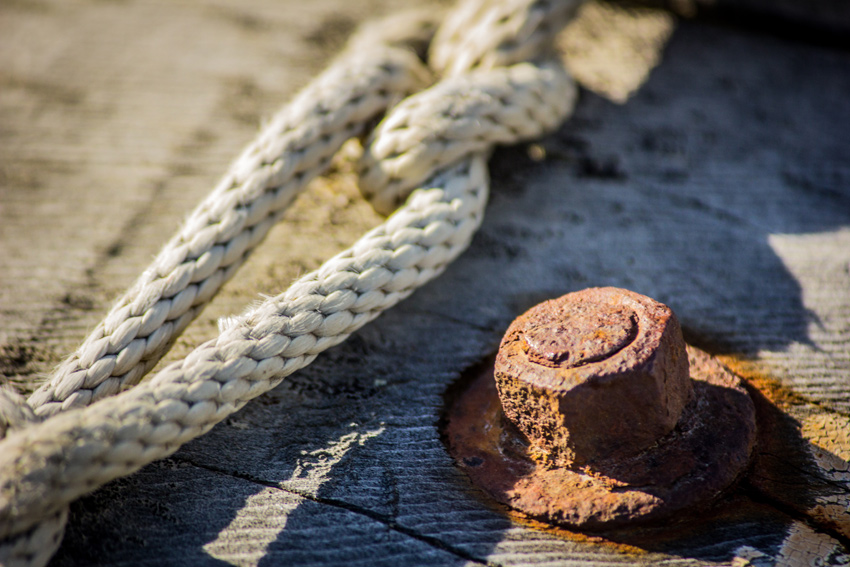 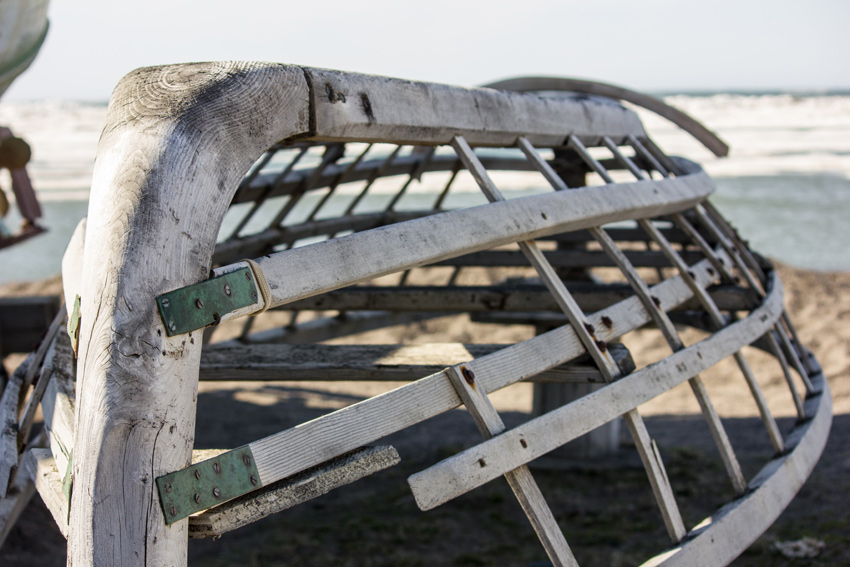 Although I could not find any historical details about the arch, an adjacent building has a documented past. The "oldest wood-framed building standing along Alaska's Arctic coast," the Point Barrow Refuge Station (1889) was built to serve as a manned sanctuary for shipwrecked whalers. Following the frequent loss of life and vessels in the Chukchi and Beaufort Sea, whalers from Massachusetts and California petitioned Congress in 1888 for a series of refuge stations. This was the only one built.

A thirty-foot by forty-eight-foot structure constructed to bunk fifty men, the Point Barrow Refuge Station was underutilized for the next seven years due to the lack of shipwrecks. It closed in 1896, due in part to the low demand as well as the station's corrupt superintendent engaging in "shady business dealings." The station was subsequently purchased by the Pacific Steam Whaling Company, which in turn rented it to naturalist Edward Avery McIlhenny. While he was in residence for the winter of 1897, McIlhenny found himself helping one-hundred men, victims of an incident involving eight ships, shelter there for eleven months.

The building was next sold in 1898 to the Cape Smythe Whaling and Trading Company. Its manager, Charles Brower, performed a number of modifications to the building including raising the roof and adding a cross gable at the front. Brower was also responsible for enlarging three windows on the northwest side and building additions to the rear and southwest front of the structure. More recently, the space was home to Brower's Cafe, operated by relatives of Charles, but that restaurant has since gone out of business. The building seemed vacant during my visit to the whale bone arch. 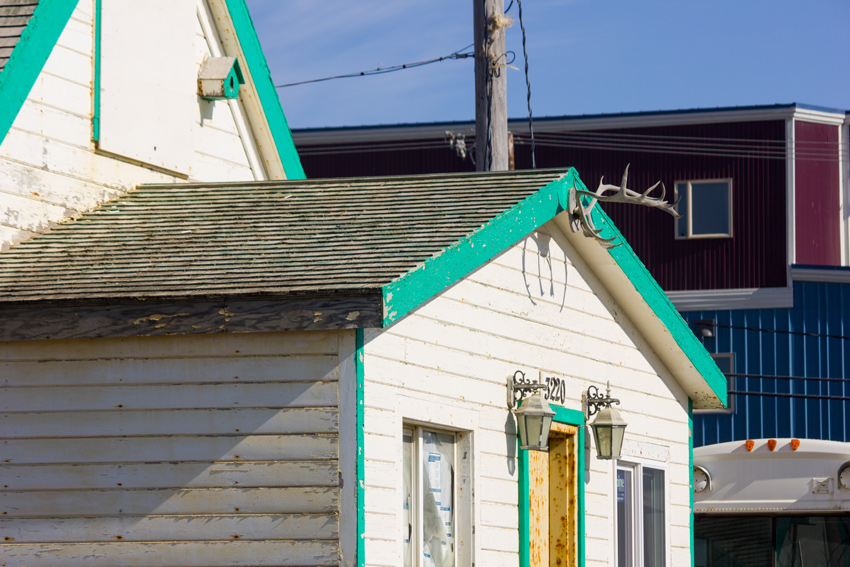 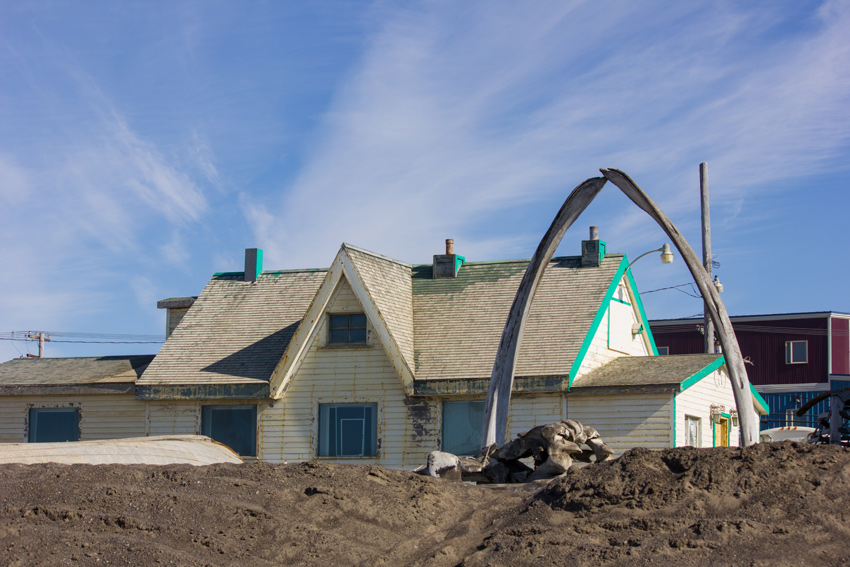 Even though I had already waded into the Arctic Ocean in Prudhoe Bay — an occasion that will no doubt be memorialized here at some point — the temptation to again feel those icy waters was too great. I just touched it with my hands this time, having previously had the experience of stepping barefoot into the frigid shallows, and again concluded that the water was indeed cold.

Standing on the dark, gravelly shoreline, there was a crisp breeze coming off the Chukchi Sea. It was fresh and invigorating but damn cold. Still, I took a few minutes to stand there and enjoy this unique beach before returning to the car to continue our exploration of Utqiaġvik. 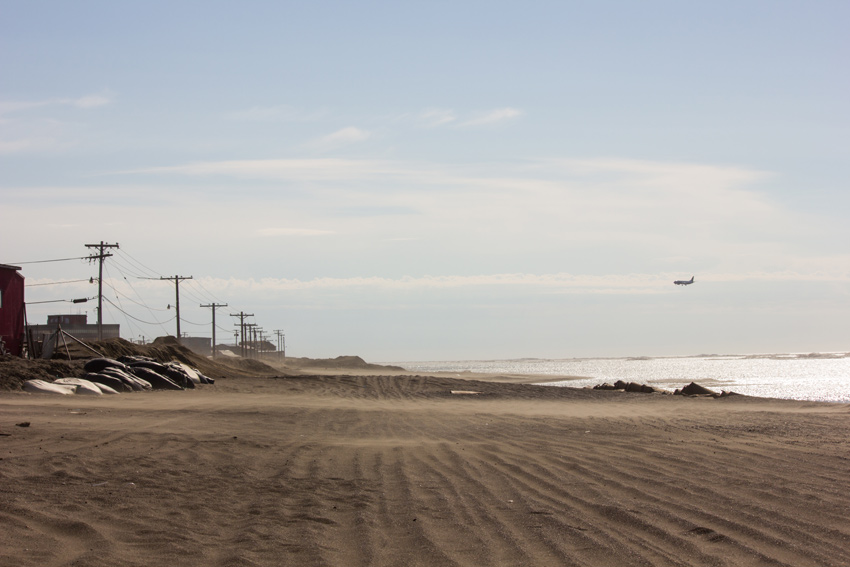 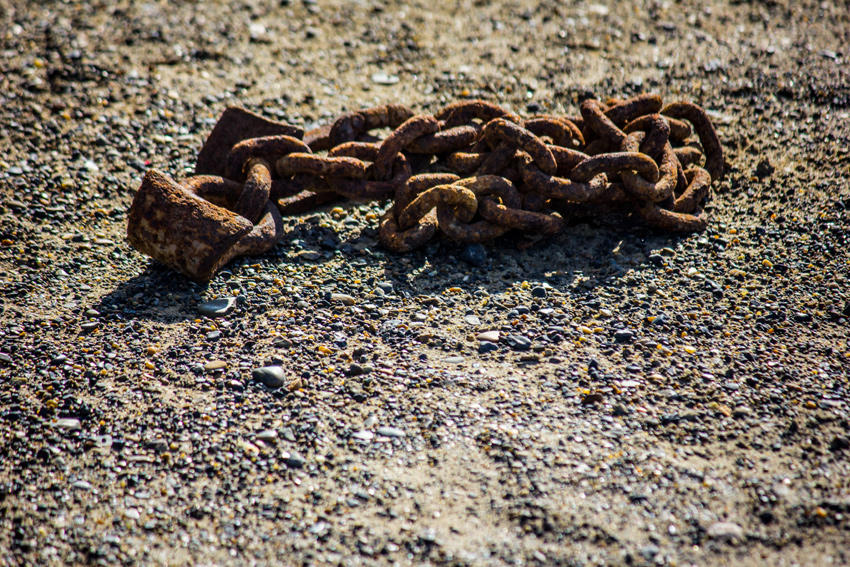 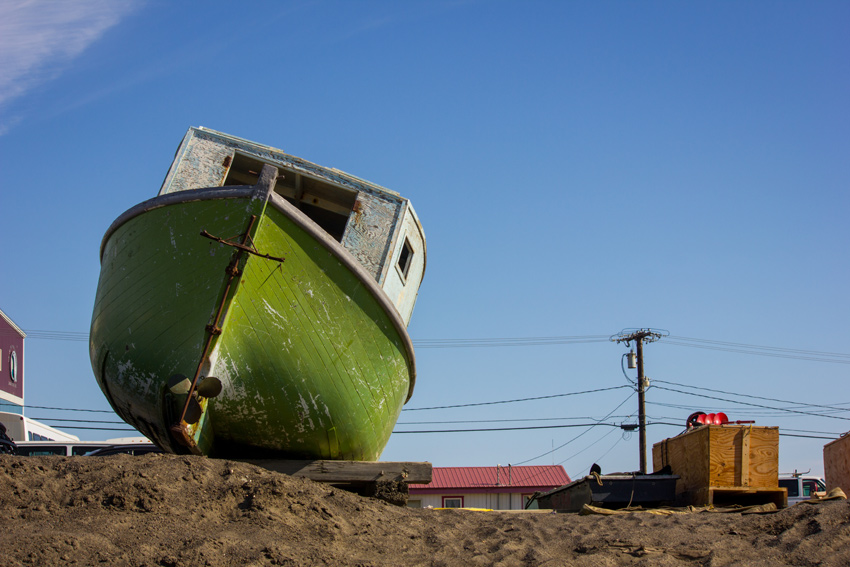 David July
"The Gateway To The Arctic" https://mtsutro.org?p=1219