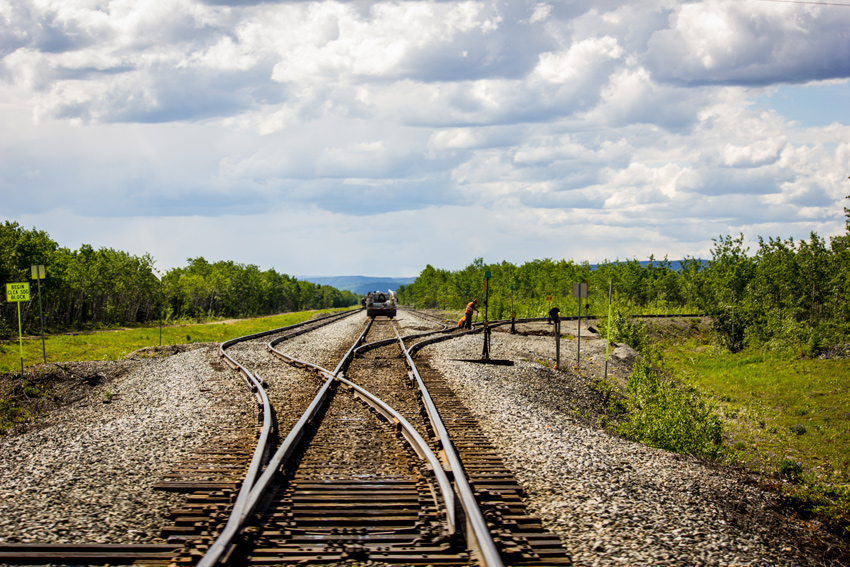 part of the Alaska 2017: Fairbanks to Denali album

A little over sixty percent of the way from Fairbanks to Denali National Park and Preserve on George Parks Highway is the road to Clear Air Force Station. Although obviously a restricted area, I decided that we should take a brief detour down Clear Highway to see what we could see.

Acquired by the United States Department of the Interior in 1949, the station's land was first used as a gunnery range for Ladd Air Force Base (now Ladd Army Airfield) in Fairbanks. In August 1958, the United States Air Force started building a new base to serve as a ballistic missile early warning site. Construction of the Clear Missile Early Warning Station was completed on Saturday, 01 July 1961 and the station became fully operational in November 1961.

The road to the station is also a segment on the way to Anderson, so there is a wooden welcome sign located at the intersection of George Parks Highway and Clear Highway. The prospering plants in front of the sign now partially obscure it. 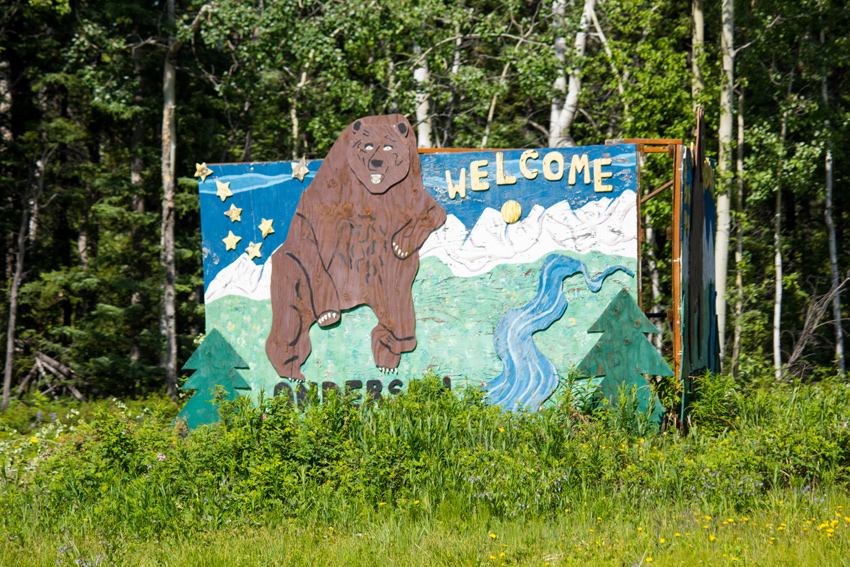 I did not get a very good picture of the base's main entrance sign, but there is a street sign advertising it on Clear Highway not far from the George Parks Highway intersection. 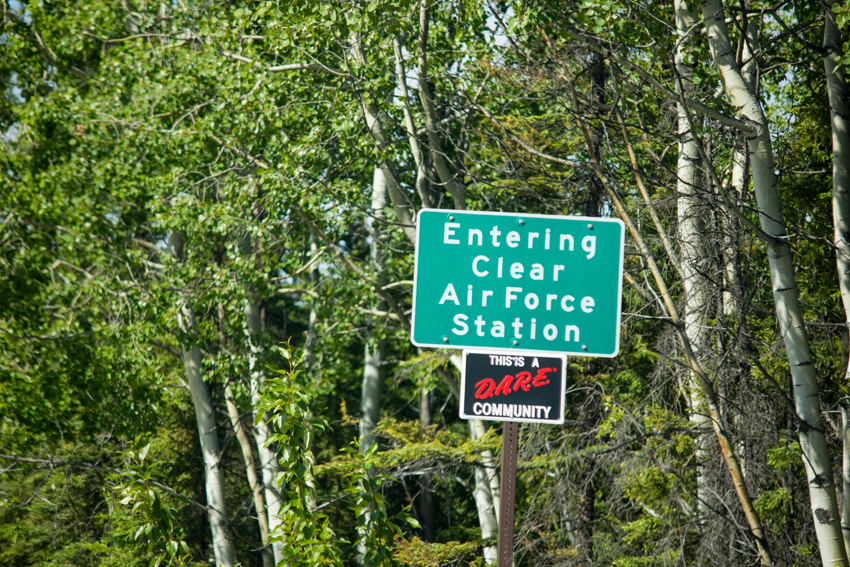 Approaching the gate, the main entrance sign is to the right while a large white radome is visible at the left. With a diameter of 104 feet, the geodesic structure houses a tracking radar and is part of the original warning system. 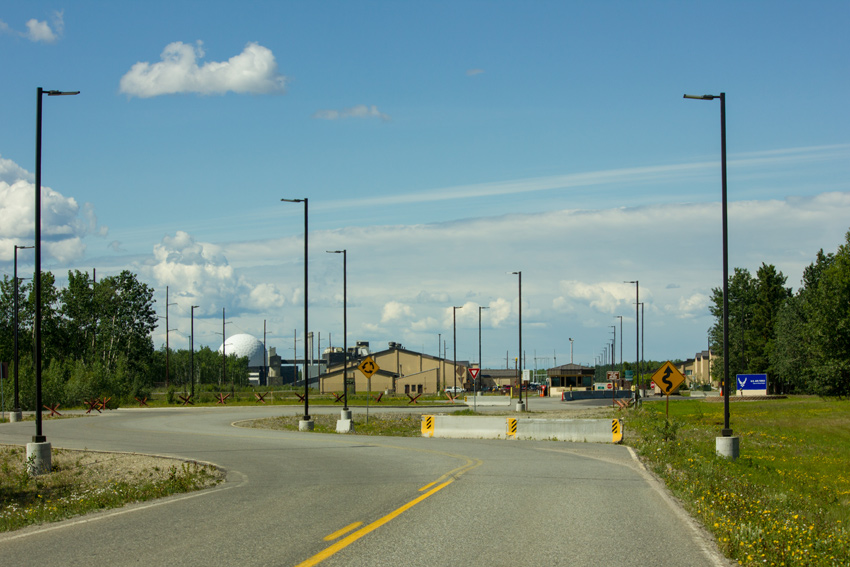 Not visible from the roadway, a solid-state phased array radar system was added starting in April 1998. It replaced the legacy system upon going operational in January 2001.

We turned around and backtracked Clear Highway to resume our course to Denali. Not far from the gate is the rail crossing at Alaska Railroad Milepost 392.9. South of the roadway, the rail line splits adding two parallel spurs and also features a running track to Clear Air Force Station, which ends at the base power plant.