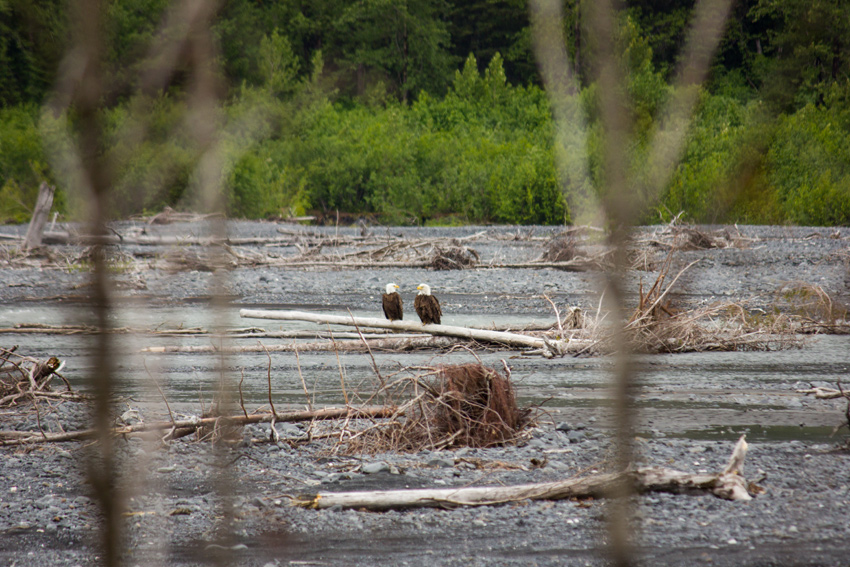 Two bald eagles (Haliaeetus leucocephalus) sitting on driftwood on a bar in the braided Resurrection River not far from Exit Glacier.

I saw quite a few bald eagles in Alaska, unfortunately few of my photographs of them turned out well. The best capture of the bunch is probably of the two bald eagles that we encountered while driving to Exit Glacier in Kenai Fjords National Park.

We were heading west on Herman Leirer Road parallel to the Resurrection River close to the park's border when either Mom or Ross noticed the two birds of prey sitting together on a large piece of driftwood lodged on a braid bar. With nowhere really to pull over, we took a few pictures and then continued down the road. 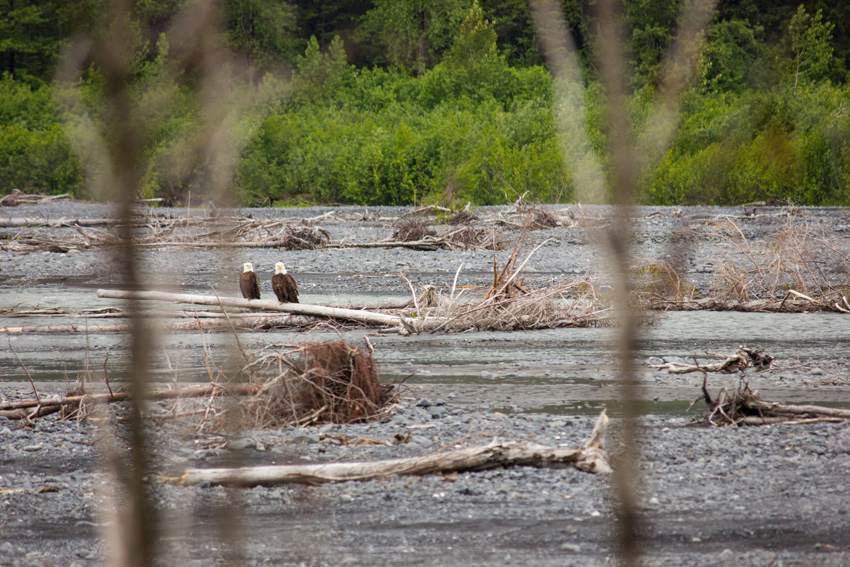