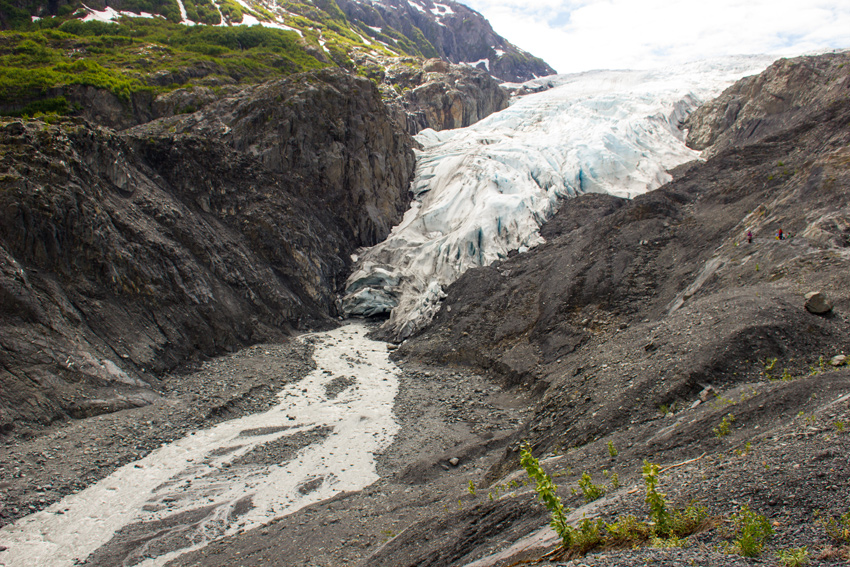 Meltwater flowing from the base of Exit Glacier to the Outwash Plain from a lookout on the Edge of the Glacier Trail.

In the middle of our day visiting Seward, we decided to take advantage of a break in the rainy weather to drive to the nearby Exit Glacier in Kenai Fjords National Park. Known for its accessibility to visitors, Exit Glacier was named following the first expedition across the expansive Harding Icefield in 1968 by Jules Jakob "Yule" Farenorth Kilcher (1913–1998), David L. Spencer (1915–2000) and several other men. Traversing the ice mass on skis from Kachemak Bay northeast over several days, the expedition ended their journey by coming down a glacier near the Resurrection River, which became known as Exit Glacier. 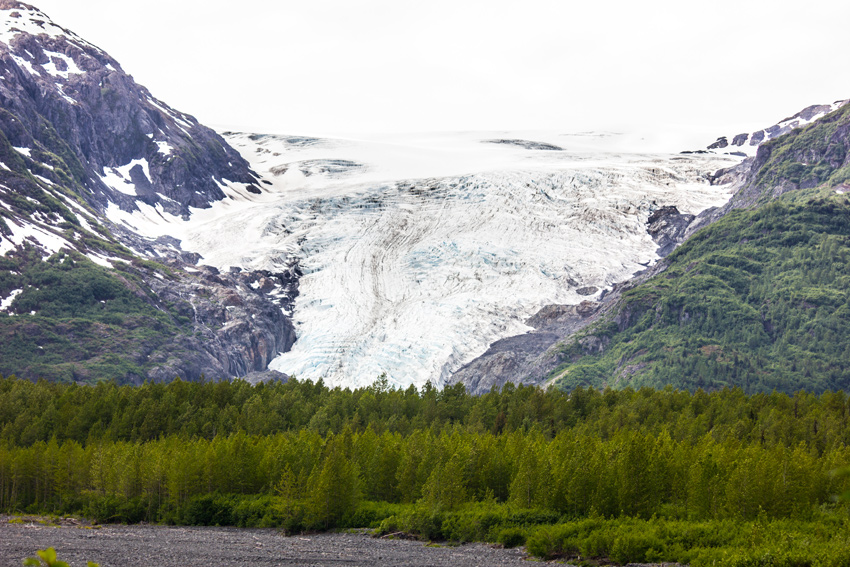 Given its ease of access and resultant popularity, Exit Glacier also serves as one of the more visible indicators of climate change. Starting soon after the Kenai Fjords National Park entrance sign are a series of markers with a year printed on each. Showing the extent of Exit Glacier in that year, these markers traverse 195 years of recession beginning at 1815 — over two miles from the current extent — and continue past the end of the road up the trail to the glacier where a final marker depicts the 2010 extent. 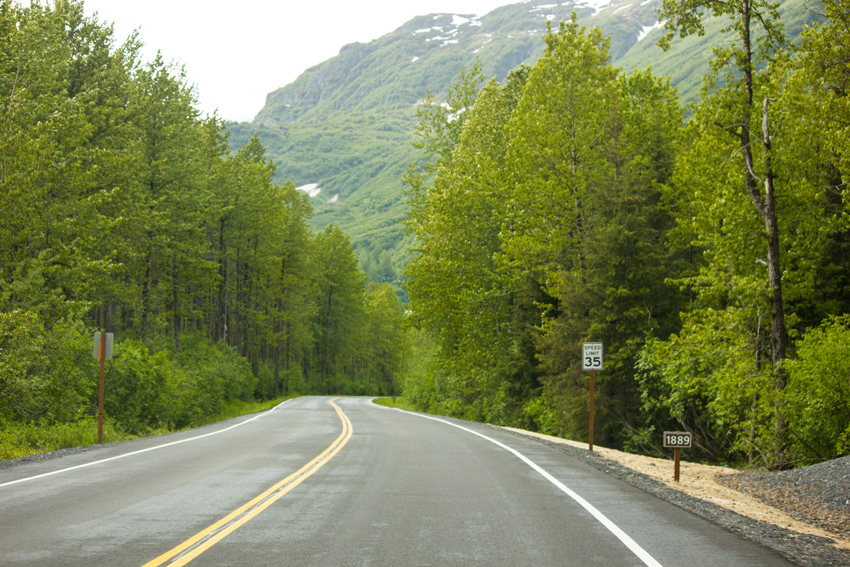 Not far from the nature center trailhead is a pavilion with several information signs discussing the retreat of Exit Glacier and the broader affects of climate change on the seasons, flora and fauna. The pavilion was originally built in 1987 as a shady spot with excellent views of the glacier. Today, the entire area surrounding the pavilion is lush woodland with zero visibility of the ice. 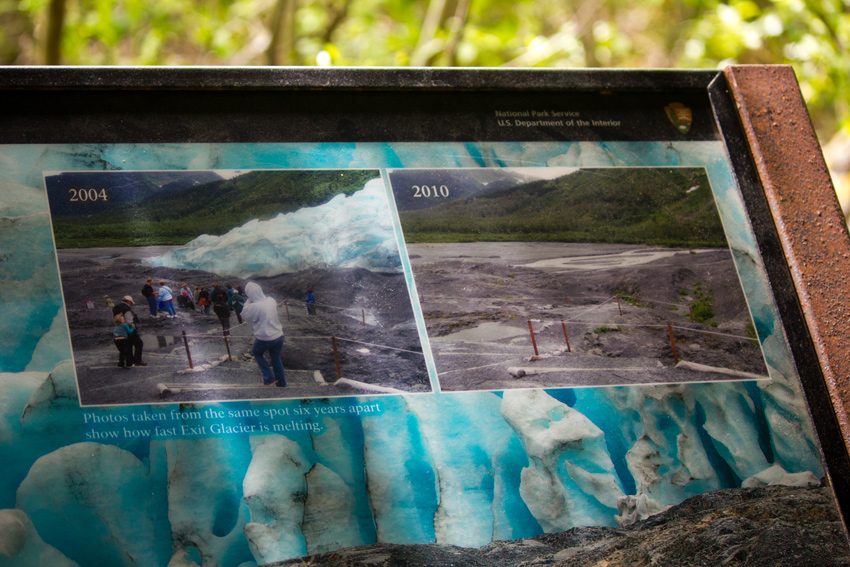 Continuing past the pavilion, the paved trail ends and a more strenuous hike winds up and through the woods, over a creek and finally onto newly de-glaciated bedrock. Along the way, there are a few spots where breaks in the canopy permit viewing of the valley, Outwash Plain and mountains. These spots were also welcome because of the breeze they offered. The air moving through the valley kept Alaska's notorious mosquitos at bay everywhere except in the sections of dense forest on the trail. 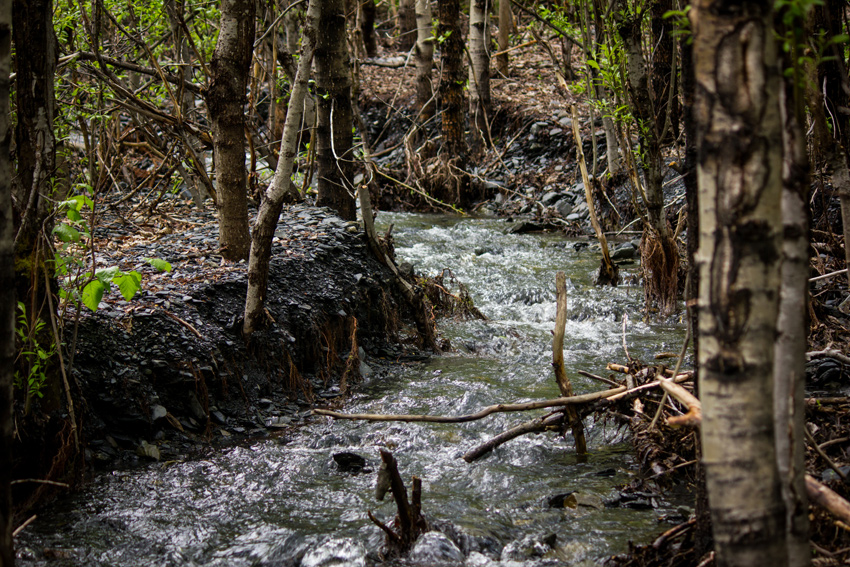 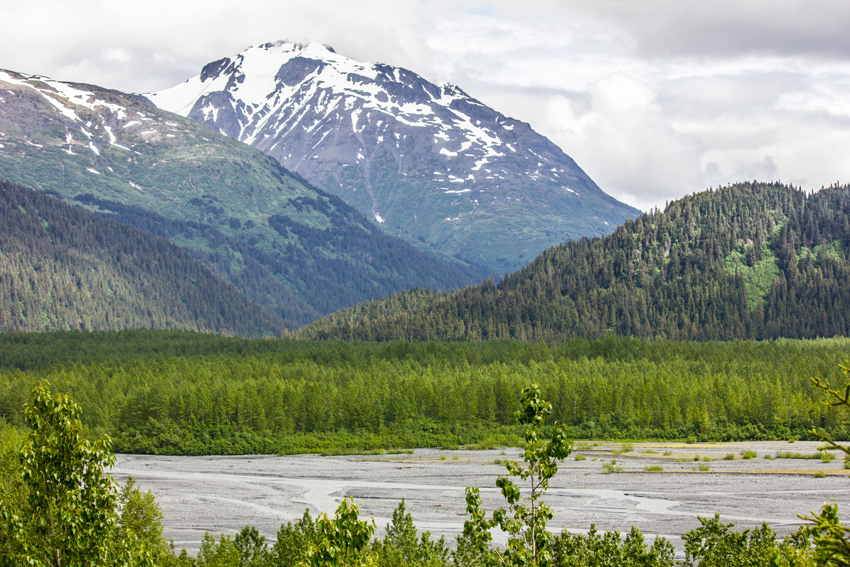 Emerging from the forest, the scenery changes to sweeping views of the valley, glacier and snowy mountains. Hiking on rocks that were entombed by the glacier not that long ago, the trail passes its former endpoint and then continues on a 540-foot spur added in 2006 to a lookout. As impressive as it was seeing the glacier, its meltwater flowing from the base to the Outwash Plain, I could not help but wish that I had visited sooner when it encompassed more of the valley. 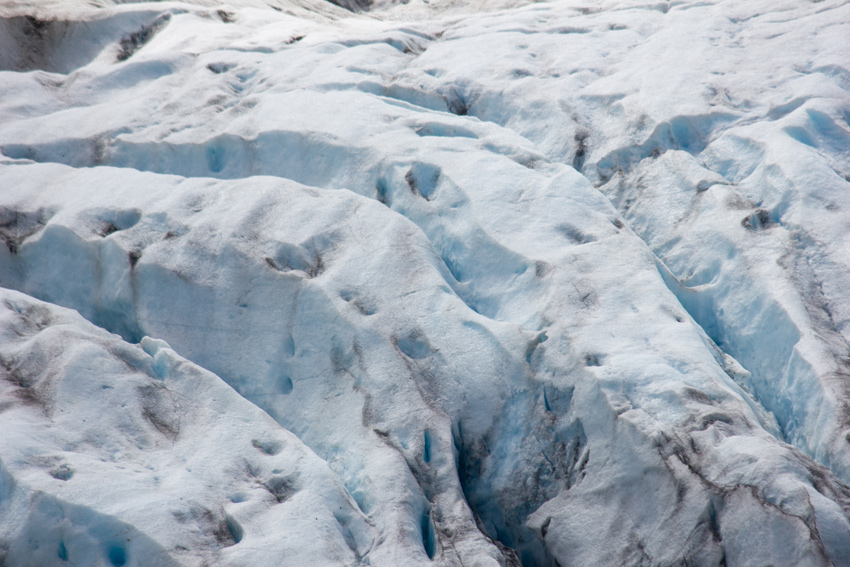 It was possible to get a bit closer, so I hiked the 420-foot spur extension added in 2010 to the end of the Edge of the Glacier Trail. The steep terrain beyond this point means that the National Park Service will not be able to make any further extensions. The 2010 year marker and the current distance to the glacial toe offer a blunt reminder of how quickly this amazing ice mass has been melting over the past forty years. If the trends continue, it will not be long before visitors to this point will not see Exit Glacier. 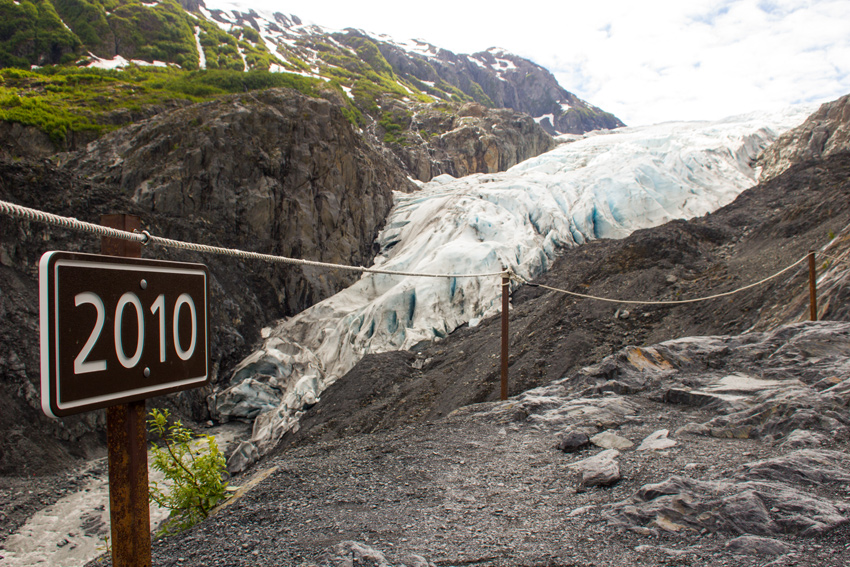 Visit the Kenai Fjords National Park album to see all fifty-two photographs published from my trip to Exit Glacier. 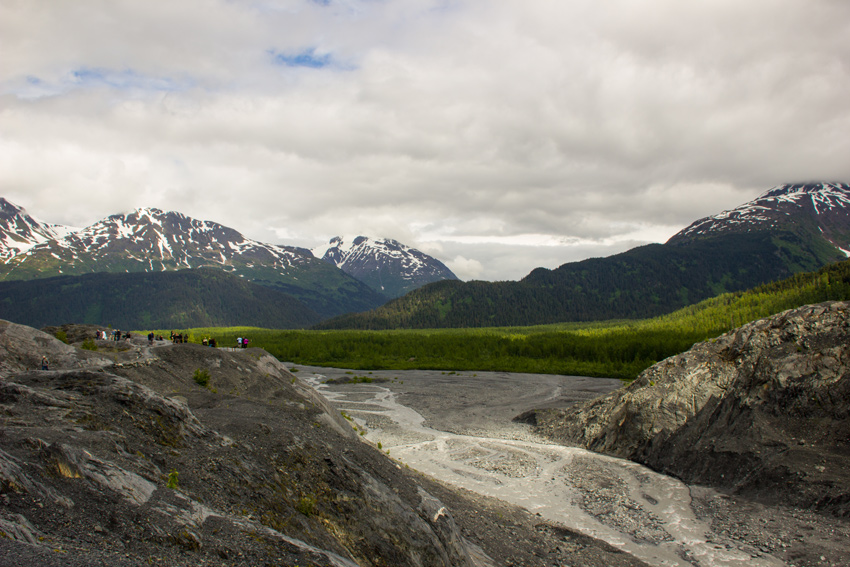