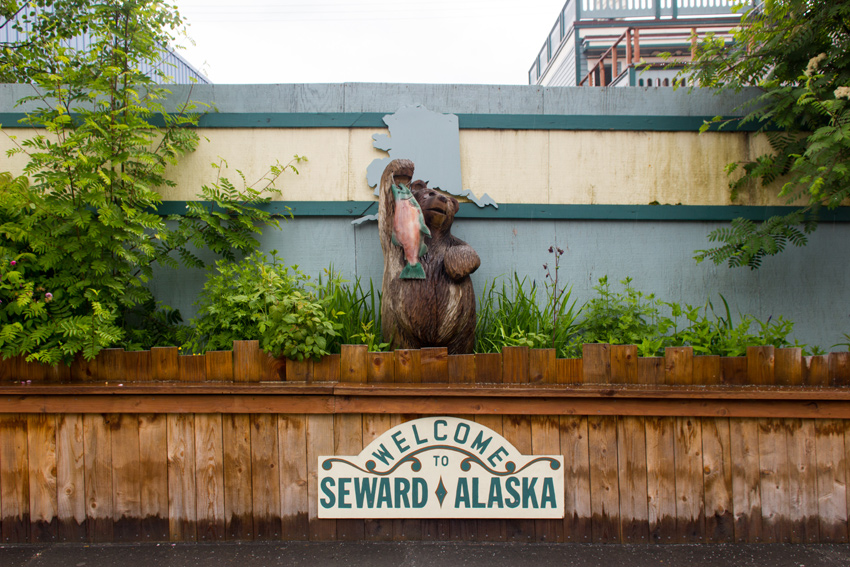 Wooden carving of a bear holding a fish at the "Welcome To Seward Alaska" sign between storefronts on Fourth Avenue.

Following our lunch at Thorn's Showcase Lounge — documented in "The Sweet Sound That Calls The Young Sailors" — we walked around the surrounding downtown area and visited several of the shops there. Exiting Thorn's and heading north, we walked past the building next door to get to the "Welcome To Seward Alaska" sign between storefronts on Fourth Avenue. It currently features a wooden carving of a bear holding a fish. The bear replaced a statue of a man panning for gold sometime after Sunday, 14 July 2013 and before Thursday, 01 June 2017.

Continuing past one more storefront, we came to Urbach's Clothiers (pronounced er–backs) at 218 Fourth Avenue. Opened on Monday, 26 July 1915 by Leon Urbach (1885–1965) as a one-room shop on Fourth Avenue, Urbach's started as a clothier and general store offering items such as men's and women's clothing, shoes, groceries, furnishings, tools and stationary. He was hoping "to capitalize on a federal government plan to build a rail line from Fairbanks to Seward" selling goods to the "railroad workers, gold miners and adventurers streaming through the port town."

Leon Urbach relocated from Idaho to Seward sometime from 1900–1915 and worked at Seward Commercial Company until quitting in 1915 to open his own store. Urbach ran for mayor in 1917, "was first vice president of the Seward Chamber of Commerce" and served "as its president for more than twenty years." In 1919, Urbach married Dorothy Mizenheimer and the couple had two sons, Kenneth (1921–2003) and Lawrence "Larry" (1922–1999). Sadly, Dorothy's death due to pneumonia was reported on Wednesday, 06 December 1933. 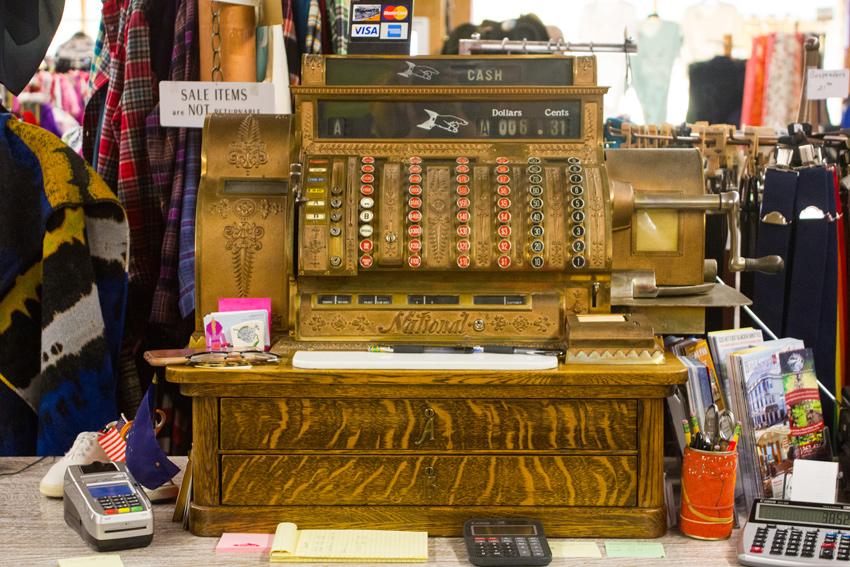 During World War II, Leon Urbach served as chairman of the Territory of Alaska Selective Service Board. Perhaps apocryphal, it is said that "the first young man he called to the draft was his son Larry." Either way, Larry did serve two years in the Army and then attended the University of Washington in Seattle. For his service to the Selective Service Board, Leon was summoned to Washington, D.C. sometime from 1945–1953 and recognized by President Harry S. Truman (1884–1972). Leon would also remarry at some point to a woman called Stella.

Disaster struck the stores of Fourth Avenue in 1941 as a fire advanced down the street burning many of the buildings there. As the fire approached Urbach's, several locals came to help Leon save some merchandise from the inferno by moving it out. Leon was pleased by the gesture, but since these items were taken to people's homes, it was necessary to acquire new unused goods to sell at the rebuilt store. Fortunately, Leon's good credit allowed him to restock and restart the business in the same location.

Back in Seattle, son Larry was studying business administration when he met zoology major Dorothy Weil of Hillsboro, Oregon. The two married in June 1950 and continued to live in Seattle where Larry managed two shoe stores. They next moved to Dorothy's hometown of Hillsboro, where her family owned a department store. As Leon and Stella decided to retire and move to Santa Barbara, California in 1954, Larry returned to Seward with Dorothy to take over the family business. 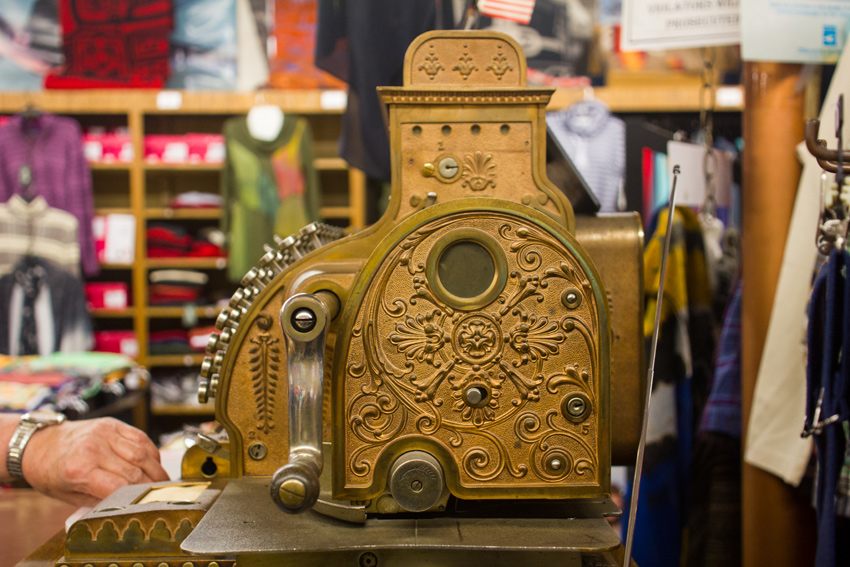 Disaster again affected the store when the great magnitude 9.2 earthquake and tsunami of Friday, 27 March 1964 rocked Alaska. As the temblor began, Dorothy "was standing in front of the cash register because all the men were home sick that day," she said. "It sounded like a locomotive coming through the store. We lost light fixtures. Some of the posts holding the ceiling came down. The shoe shelves toppled over. We lost a lot of structure on the front of the store." After crawling over the debris to retrieve her keys and evacuate the store, Dorothy managed to drive home to Larry and their two daughters Robyn and Susan "Susie" before quickly moving to higher ground.

"The earthquake and ensuing tsunami claimed thirteen lives in Seward." Due to the destruction of the waterfront, the city also lost its title as commercial center of Alaska to Anchorage where the seaport was still intact. This obviously changed the economic situation for Seward and resulted in the permanent closure of many businesses there. Dorothy, "who calls herself a relentless optimist," never considered anything but rebuilding. "The earthquake set us back," she said, "but it also pushed us ahead twenty years because everything had to be rebuilt."

Like his father, Larry was president of the Seward Chamber of Commerce for many years. Dorothy "led the boards of the hospital, the library and the League of Women Voters" among others and "was the publicity chairman of the Seward Silver Salmon Derby" for thirty years. She ultimately took over the store following Larry's death in 1999. Daughter Susie, "who was working there as a part-time bookkeeper" was promoted to partner soon thereafter. Dorothy and Susie Urbach continue to operate the store today. 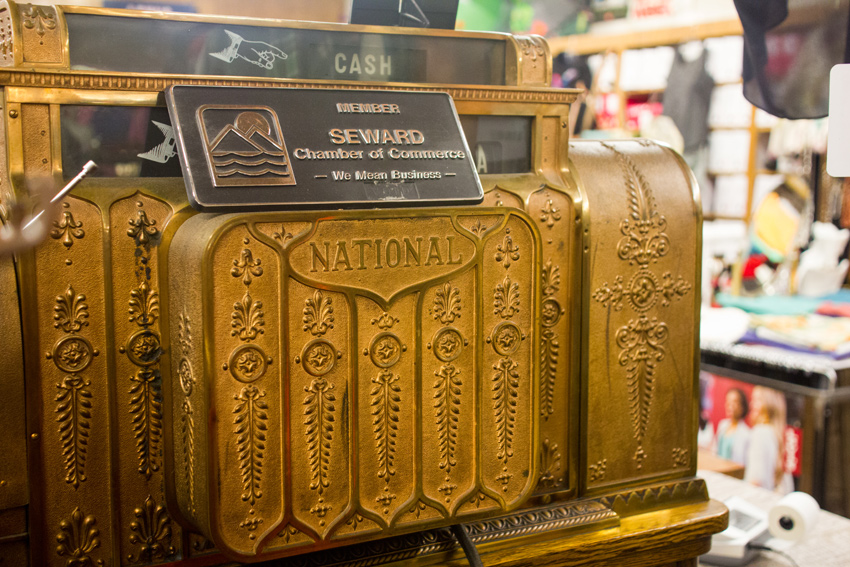 At the time of my visit six months and nineteen days ago, Urbach's was in operation for 101 years, ten months and twenty-five days. Outlasting "all its original neighbors" and "nearly all the businesses that defined early twentieth century Alaska," Urbach's is the oldest continually operating store in Seward.

In its current incarnation, the store features unique clothing lines including women's wear, scarves, hats, gloves and jewelry. Looking closely, one can see several vestiges from throughout the store's centennial-plus history. For example, a roll-top desk in the back office was originally used by Leon when he did the store's books and typed letters.

In addition, cash payments are still deposited into the store's 1908 National Cash Register Company brass and oak register with fifty-four keys and two drawers. "No one knows how long" this ornate cash register has been in the store, but it has been a long time. The register of course caught my attention as Mom made a purchase. The woman processing the transaction, possibly Dorothy herself, noticed my interest in the cash register and mentioned that it was still functional. I commented that it was lovely, took several photographs of it and then left to continue exploring Seward.