It amuses me how things in life sometimes unfold. For example, a while back I made some decisions in my life that I felt would be positive. The result? I kept my own promises, I tried to take my own advice and in the end I was finding myself happier in general.

After now having finished arguably one of the worst weeks in memory, the real test for my new system was conducted. It was not quite so cut and dry this run, but I think now that the dust has settled I can better reflect upon how things have panned out.

I think I am a stronger and a better person than I was previously. Letting go of some things really assisted in that process, but I think another component of that is simple evolution. People grow up and move on. Consequently they do this at a different pace, so incompatibilities arise.

I know this is probably making little sense so I think I will succumb to a bullet list to wrap-up some loose ends.

0 Comments https://mtsutro.org?p=52
My extremely busy work week is finally over and although I enjoyed the experience and perspective it offered, I am glad that I will now be returning to my daily routine. This week will also prove to be quite exciting for me as I will be moving forward with a major project I have been working on for the past month. Although I cannot discuss the specifics of the project, its success will be a positive step in the direction I would like to take my company now and again in the near future.

In other news, I have been somewhat captivated for the past few weeks (when I have not fallen asleep first) with Bravo's Celebrity Poker Showdown. I have always been more a fan of blackjack, but after watching the Texas Hold'em game played during the course of this program I can say I am excited to try my hand, pardon the pun, at poker. Hopefully the opportunity will present itself shortly to learn a little more and perhaps even practice with some friends. Anyone reading this have any experience with this particular game?

My friend Chris has graciously invited me to attend the opening night performance this Tuesday of the critically acclaimed Broadway musical Cats at the dismal Bob Carr Performing Arts Centre here in Orlando. I am very much looking to this show as it has been a long time since I attended any theatre.

Finally, I will try my best to finish getting the pictures organised and uploaded to the Gallery as I have been promising to do for some time now. Offhand, I believe I have pictures from my Key West trip, the last party I attended in Tallahassee, Florida and a few from my Clearwater, Florida outing (though I believe that camera still has film waiting to be used inside).
4 Comments https://mtsutro.org?p=53

Today while I was at the Universal Studios Royal Pacific Resort and Hotel for work I noted my mobile telephone switch from saying it's usual "AT&T Wireless" to "Cingular" and then back again. Twice. I know Cingular purchased AT&T Wireless but I still thought this behaviour strange. Has anyone else reading experienced odd occurrences with these carriers lately?

Q: Why does my phone read "Cingular" when I'm roaming?
A: We've already opened up some coverage areas with Cingular through our expanded roaming agreement. If you see "Cingular" on your phone, it means you're being covered by their network.
0 Comments https://mtsutro.org?p=54 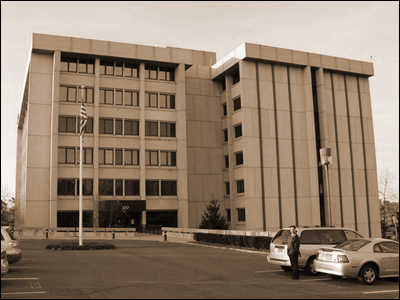 This notice is to inform you that Mount Sutro and all of my server-based technologies will be offline this upcoming Sunday, 11 July 2001 at 0000 until approximately 0600 the same day. This downtime will occur as the server I reside on is physically moved to a brand new data centre. The new location in Clifton, New Jersey (just outside NYC) was built and is solely owned by the company that co-locates server space and leases the servers. I am looking forward to improved connectivity at this new location and a greater range of options from a technical standpoint.

Any e-mail you send during this time frame will be delivered as soon as service to my server is restored. Any urgent communications should be sent to my mobile by voice, text or e-mail.
3 Comments https://mtsutro.org?p=55
For obvious reasons of confidentiality I have to be non-specific with this gripe. I cannot understand how a major international corporation (not my company) can actually conduct business when their own offices have inferior technological capabilities. Imagine a multi-billion dollar company like IBM, Microsoft, Disney or General Motors having trouble browsing the web on a regular basis. It would never work. Yet somehow this unnamed corporation continues to have issues with e-mail and pages implementing SSL (which is used for their protection, no less).

My favourite part: my organization gets to hear about these issues while this other company attempts to assign blame for their incompetence on us. Uh, I do not think so.