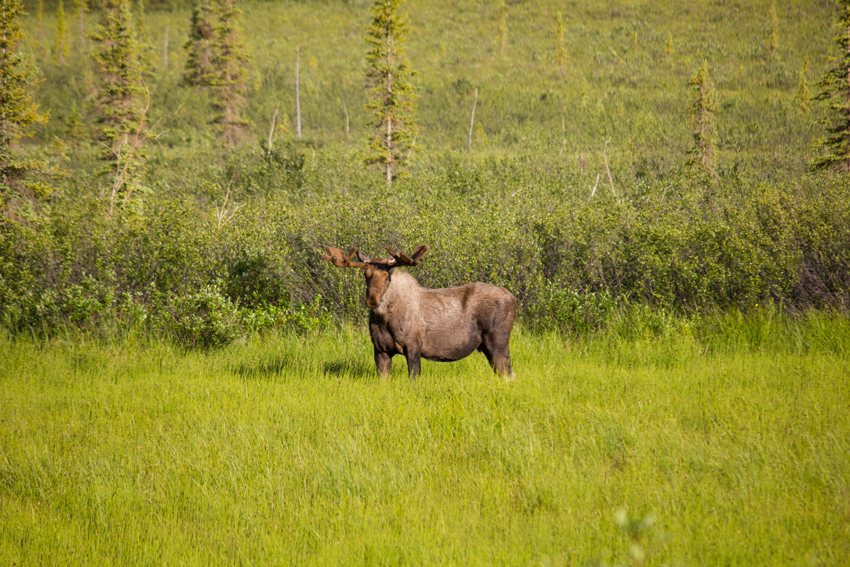 A moose (Alces alces) bull browsing and eating grassy vegetation next to the Dalton Highway (AK 11).

part of the Alaska 2017: Prudhoe Bay to Coldfoot album

As numerous as they were across the region — see "The Moose On The Loose" and "The State Mammal Of Alaska" — most of the moose I encountered were either cows or cows with calves. Fortunately, I did see at least four moose bulls including two while driving southbound on the James W. Dalton Highway.

The first Dalton bull was browsing and eating grassy vegetation southeast of the highway when we drove up and then stopped to check him out. Although it looked our way a few times during the five minutes we watched, this moose was not interested in or concerned by our presence instead staying focused on his foraging. As we were seven hours into our drive with thirty minutes left to Coldfoot, I resumed our course south and left this moose to his herbivorous meal. 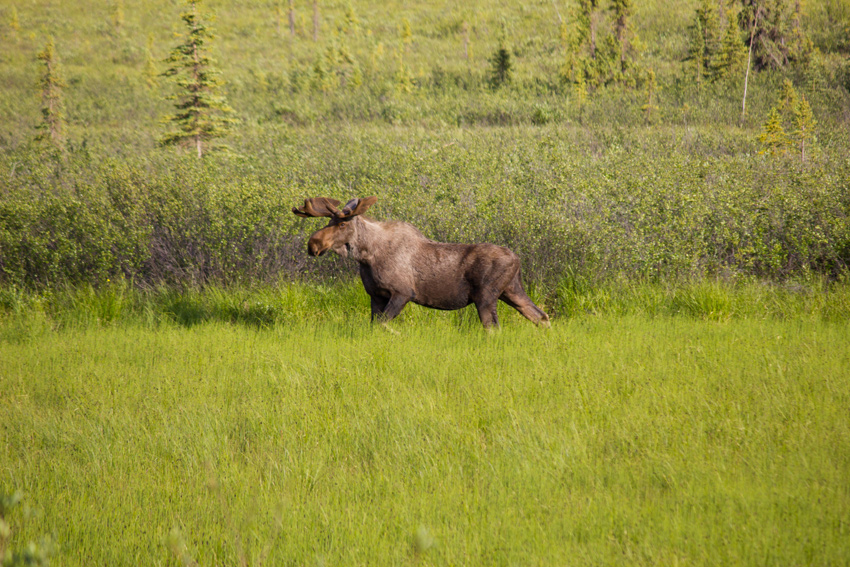 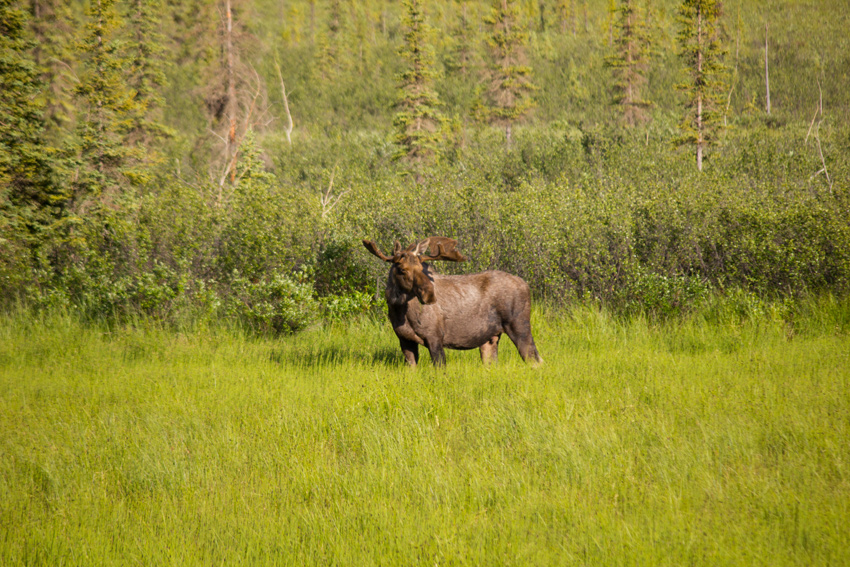 We encountered a second bull the following day after being on the road for three hours and fifteen minutes. Spotting the bull walking south through grassy flatlands east of the Dalton, I pulled over into a Trans-Alaska Pipeline access road not far from the site of Old Man Camp (1974–1977), one of thirty-one temporary construction facilities that housed the thousands of workers who built the pipeline.

The moose was walking at a rather rapid pace, focused on an unknown destination without browsing or eating any of the grasses he passed through. After a few minutes, the moose was at his closest point to us not only latitudinally but longitudinally as well. Almost as if the moose was preoccupied in thought and then suddenly noticed us sitting there, he stopped suddenly to look at us head-on. A minute passed before he turned around and walked east away from the road, apparently wanting no part of us. 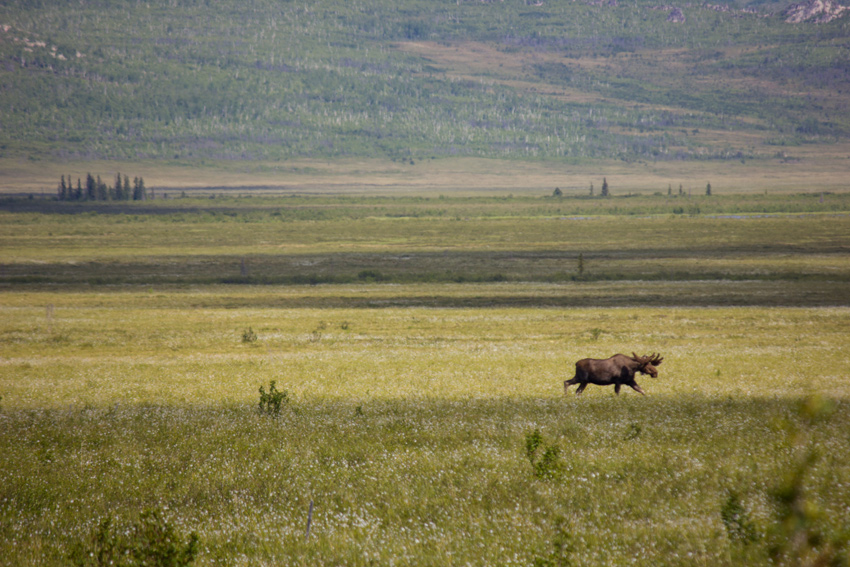 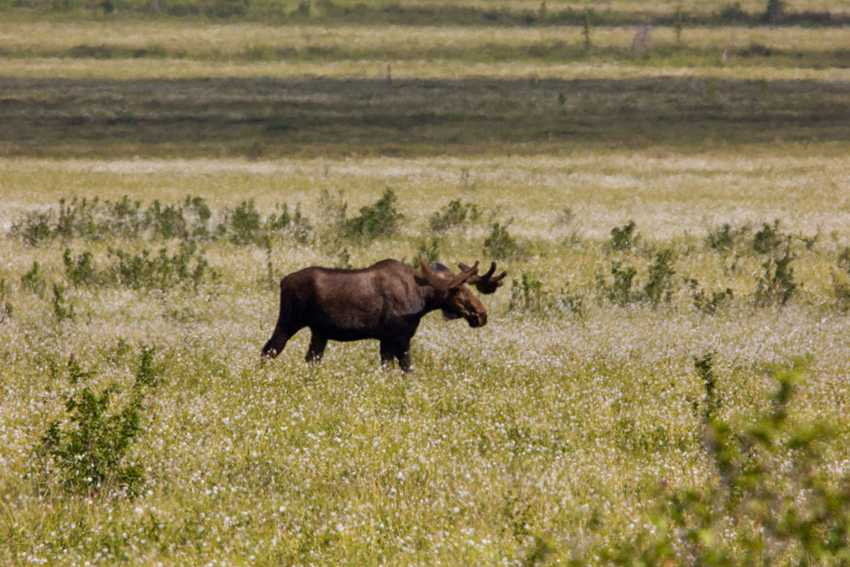 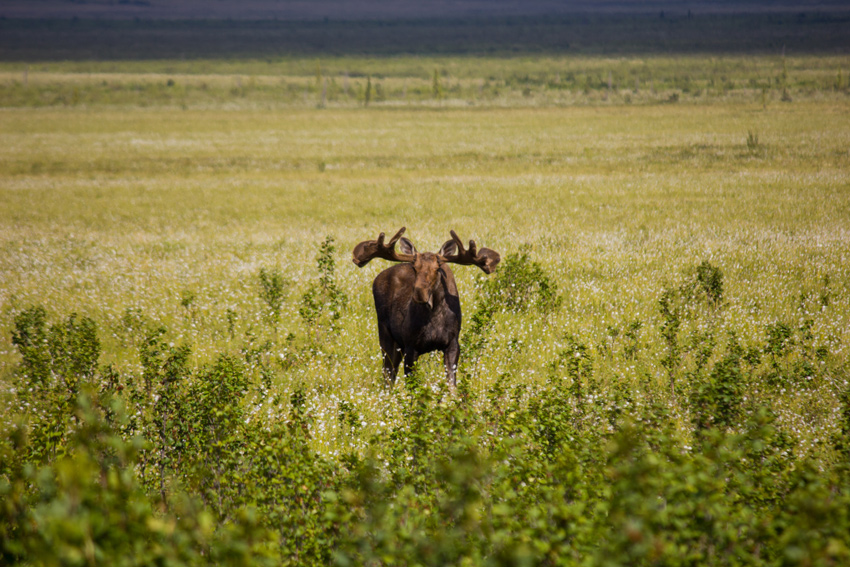 Visit the Prudhoe Bay to Coldfoot and Coldfoot to Fairbanks albums to see all fifteen published photographs of these moose bulls.