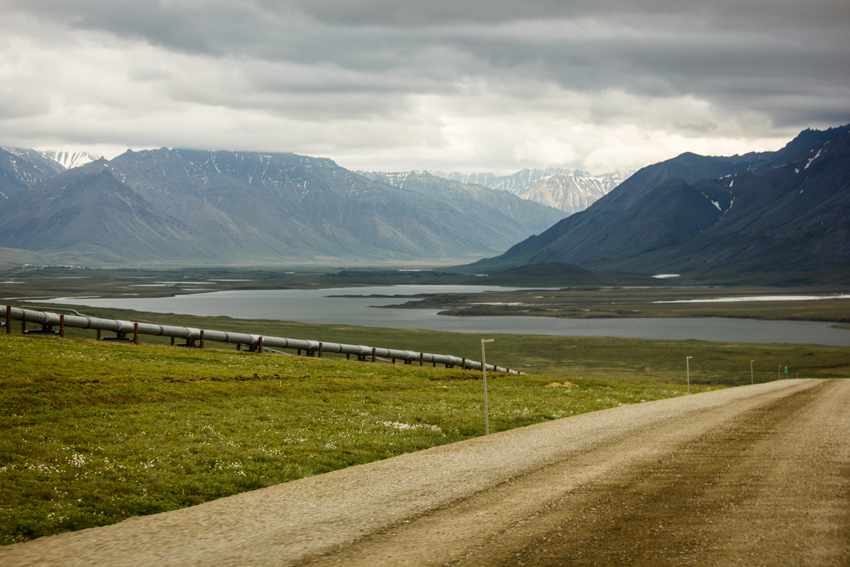 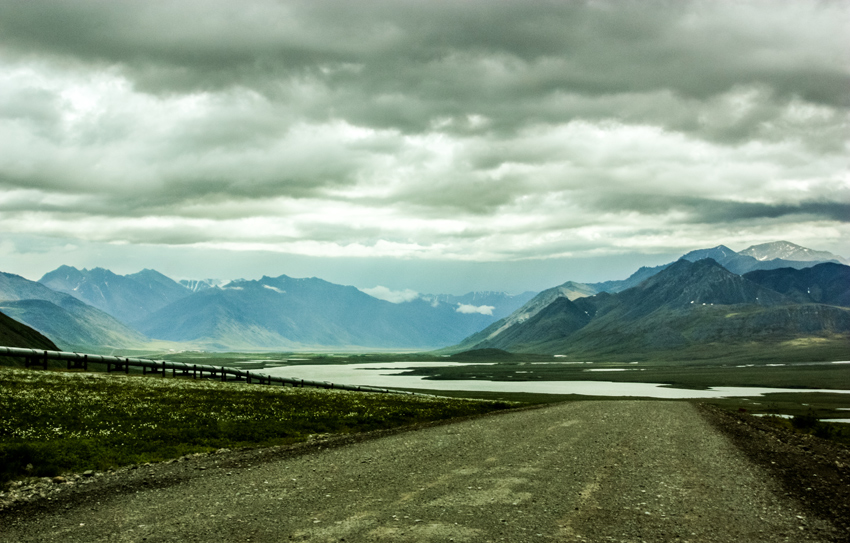 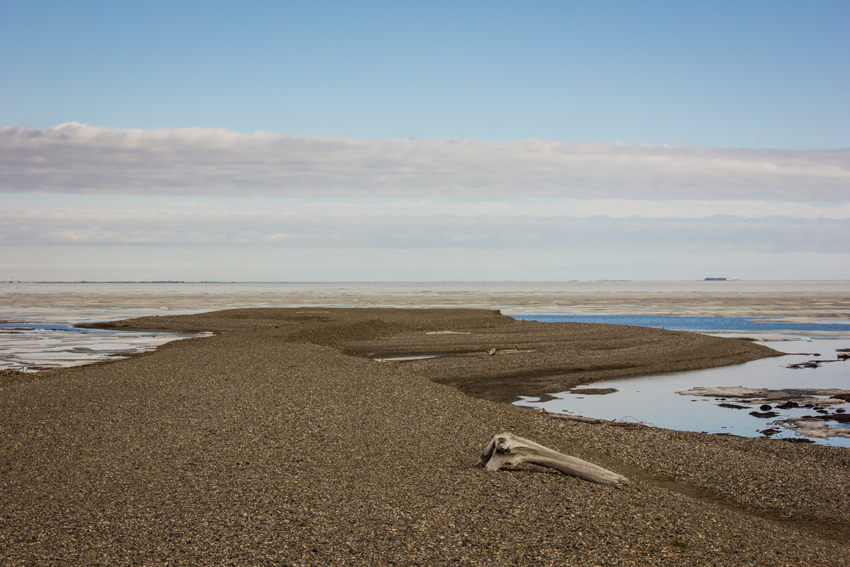 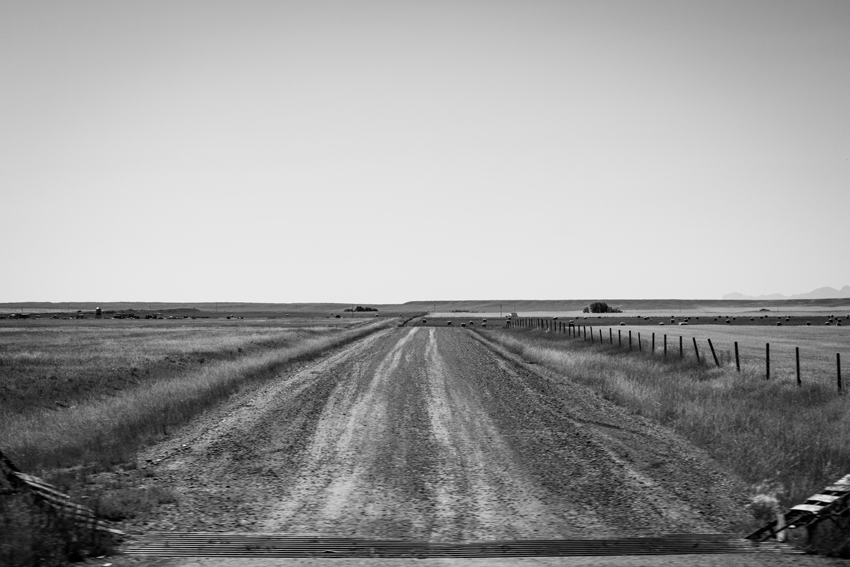 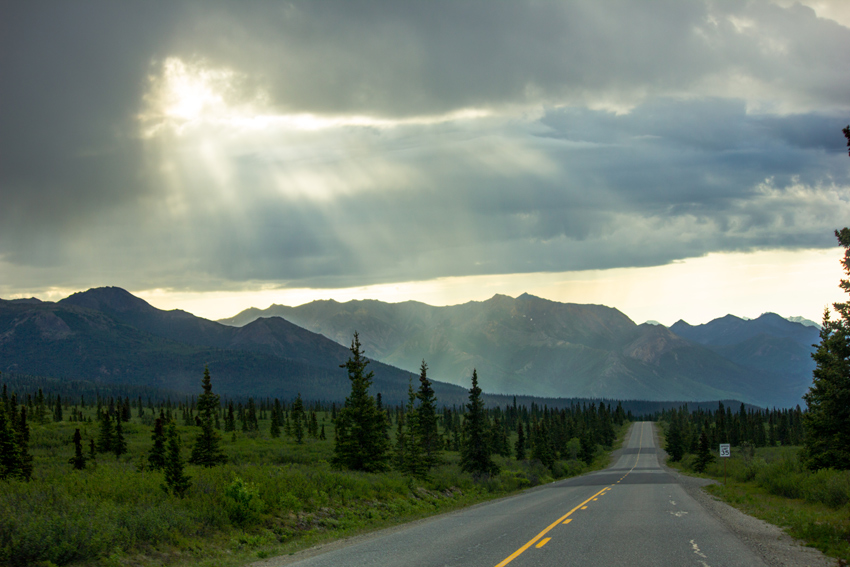 Sunbeams shining through clouds and extending across the sky above the forest and mountains in and around Denali National Park while driving east on Park Road. 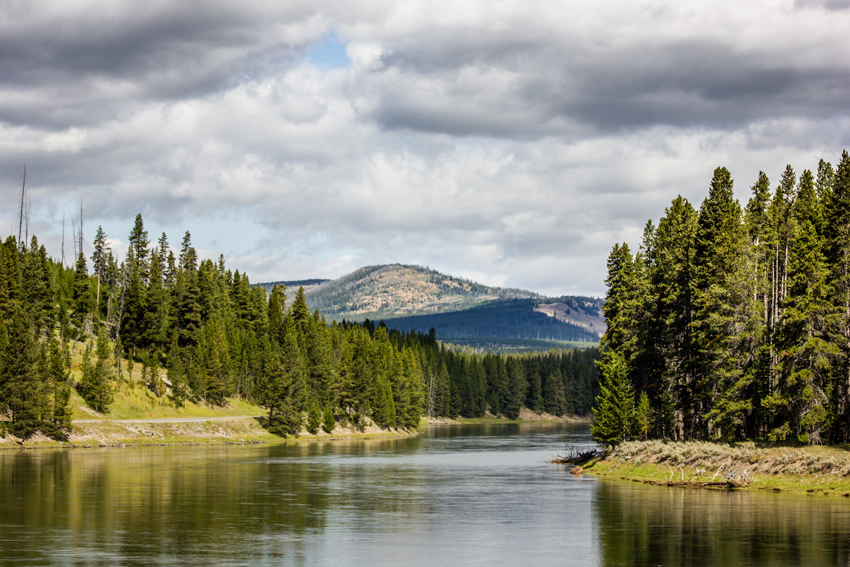