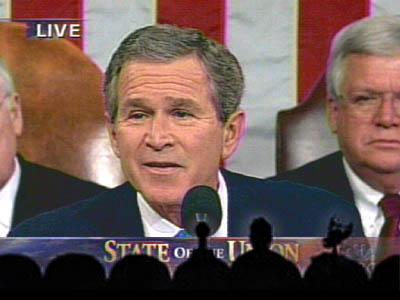 As much of a pain in the ass as it can be, I really do love the format. That nice, fresh clean feeling afterwards makes it all worth while. As I write this, my self-written backup scripts are gathering and compressing all my important documents and settings so that I can safely stow them away on another PC while I do "the deed."

As obsessive-compulsive I can be about certain things, my computer is no exception. I maintain a directory of every application I have, along with any patches and upgrades. This saves me the time of having to find and re-download everything I already have and use. So while some people may still bitch and moan about the process, I really could not streamline it any more (unless I started drive imaging, but that is a pain in the ass in its own right).

* I was just remarking how pleased I was I hit day twelve of uptime with my machine. Normally I make many changes to the system that require a reboot, disallowing my ability to keep an accurate uptime count. But having made no such alterations as of late, my machine was just happily chugging along. Then the issues I have been experiencing all cropped up again, simultaneously, bringing Windows XP right to its knees. BSOD, eat your heart out; I made friends with the coveted "Stop Message" today (thrice).

In any event, enjoy the Super Bowl, Go Bucks and may the format gods be on my side today.
1 Comment https://mtsutro.org?p=253
It was 26 January 1998 when then US President William J. Clinton made his now-famous "I did not have sexual relations with that woman" address to the nation, coming under fire from appointed special investigator Kenneth Starr who uncovered the affair with White House intern Monica Lewinsky.

While many people felt that this initial denial, which was then somewhat retracted by the President, constituted perjury and obstruction of justice, I always disagreed with that assessment. When it comes to the job of being President of the United States of America, one's personal affairs are really non-relevant. Had it not been for publicly anti-Clinton Starr, the affair would likely had never surfaced to the point it did, debunking many Republicans' statements that his actions were a disgrace and a bad image to be sending to the children of America. Clinton was not advertising it, it was a private act brought out into the public eye by Starr. The only indictment for impeachment that should have come down upon Clinton was a personal one issued by wife Hillary, who showed significant restraint and support during this entire ordeal. Who would not have loved to have been a fly on the wall at their dinner table?

Addressing specifically the matter of lying under oath, I feel that Clinton should have never been asked those questions to begin with. Under law, I am protected from having to answer questions like those posed to him from my employer. It could be considered sexual harassment. Why is the President exempt from a policy against making private business public?

If anyone here is a disgrace it is Starr for looking for any excuse to get Clinton removed from office. I had no problems with the investigations into the other matters (real estate debauchery, payment for Presidential pardons and more), but this affair was truly non-relevant. I would expect any public official, Republican or Democrat, to come under scrutiny for alleged misuse of power or other illegal activities. Should President George W. Bush be removed from office because of his DUI? Of course not. Every major player, political or otherwise, was so quick to point out Clinton's faults, whilst having their very own skeletons that would be later uncovered (see Newt Gingrich, Rush Limbaugh, Laura Schlessinger, Dick Armey, Randy Cunningham, Ed Rollins and countless others).

Just because I agree with a majority of the policy brought forth by the Clinton administration does not mean I automatically will come to his defence. In this case, I really feel strongly against the very accusations coming to fruition. A man was impeached because he got a blow job from a willing, non-coerced and non-paid adult. And we the people spent millions of dollars to investigate it.
11 Comments https://mtsutro.org?p=254
Happy Friday! I was thinking I would participate in the widely-known "Friday Five," but I did not care for the questions this week. Instead, I have a few little items and then I am off to have my tires balanced and possibly aligned.

First, this story from the BBC about unlicensed vendors in Swaziland, Africa showing the police a piece of their mind.

BBC: Swazi women bare bottoms to police
Little did the lone Swaziland police officer know what he was letting himself in for when he attempted to arrest a group of women fruit and vegetable vendors. [ full story ]

Next, since so many people have been searching for pictures of Frank Abagnale, Jr. and ending up here (after my review of Catch Me If You Can, I figured I might as well appease them.

And finally, a little shout-out to my friend Allen who was recently featured in Jacksonville's Florida Times-Union newspaper. Although he was miffed at the exclusion of the fact he won first place at recent Regional competitions and disappointed at the quality of the photograph, it still is pretty nifty. He says of the picture, "[It] looks better in the paper."

FTU: Skating toward elite ranks
Allen Davis is young enough to possess realistic expectations of reaching figure skating's elite level, but old enough to realize how far he has to go.

Davis, of Jacksonville, finished sixth in the novice division at last month's Eastern Sectional in Aston, Pa. By doing so, he earned the second alternate spot from the region for the U.S. Figure Skating Championships, scheduled to begin Sunday in Dallas. [ full story ]